The report states that Havertz’s next step in his career will come in the summer of 2020, with a total of eight European clubs interested, the most notable Barcelona and Real Madrid.

The German international shone last season for the Bundesliga side, with the 23-year-old netting 20 goals and registering seven assists in all competitions.

Liverpool, Manchester City, Manchester United, Arsenal, Chelsea and Bayern Munich have all been linked with a move for the midfielder. If Frank Lampard’s side want to secure his services, they face a real battle to do so.

Leverkusen have recently lost key attacker Julian Brandt to Borrusia Dortmund, so they won’t to be willing to sell at a cheap price. They are said to be demanding £91 million after seeing the money Benfica and Ajax generated this summer from the sales of Joao Felix, Matthijs de Ligt and Frenkie de Jong.

The German side will expect a bidding war between some of the biggest football clubs in the world, so they will demand a high price for one of the hottest prospects in Europe.

Chelsea will undoubtedly already have an eye on potential targets ready for when their transfer ban ends and it’s easy to see why a player of Havertz’s quality would be of interest to them.

They’ll need to qualify for the top four if they want to stand any chance of securing a deal, or there may simply be too many top European outfits standing in their way.

Would Havertz be a good signing for Chelsea? 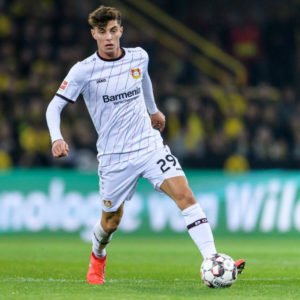 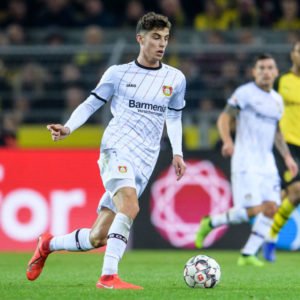