Chelsea have identified Celtic striker Odsonne Edouard as a potential summer target, but fans are showing mixed feelings towards it.

Frank Lampard has already revealed he wants attacking reinforcements to provide competition for Tammy Abraham, with Lyon’s Moussa Dembele heavily rumoured to be a primary target.

According to 90min, after sending scouts to watch Edouard play in Scotland, the Blues have received positive reports on his quality.

Edouard was linked with a move to Tottenham Hotspur last month, and the report claims he was keen on securing a move to England.

The 22-year-old Frenchman has scored 23 goals for the Hoops this season, with three of them coming in European competition.

Abraham has 15 goals to his name this term, but his closest rival in that aspect is defensive midfielder Jorginho (7).

Twitter: @Chelsea_HQ Scottish league? Man, we can do better. (@RealGhazali)

Twitter: @Chelsea_HQ YES!! The guy is a BOSS and extremely quick. Versatile and a different game than Tammys. Would love this signing (@evanmilho)

Twitter: @Chelsea_HQ @ChessyHour This guy is a brutal striker, we will bench Tammy,can coil it outside the box and very skillful and strong (@emmychels)

Twitter: @Chelsea_HQ I guess if you can’t get Moussa Dembele, you go for his replacement? (@Schynam)

Twitter: @Chelsea_HQ I think this is better from Chelsea, a young and complete forward (@cuteme15)

Twitter: @Chelsea_HQ Even Zimbabwe league, if a player is good the league he is playing in doesnt matter (@LukeHaisa1)

Twitter: @Chelsea_HQ This needs to be a priority he’s a better all round player than dembele and cheaper. (@oliver_leo101) 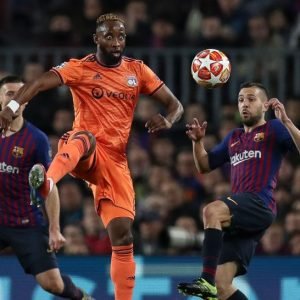 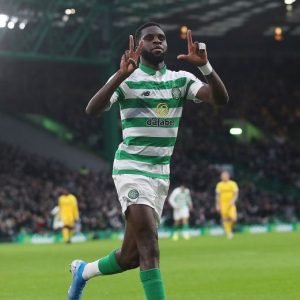