Tottenham are reportedly stepping up their interest in Chelsea winger Willian, according to Football Insider.

They report that Jose Mourinho’s men are making ‘early moves to take advantage of Willian’s contract stalemate’, with his deal at Stamford Bridge due to expire in the summer.

It remains to be seen when his £120k-a-week deal will officially end, due to the current postponement of football around the world, but Willian has confirmed that it’s unlikely he’ll be with the Blues next season.

It’s a risky move from Frank Lampard to let the Brazilian go this summer, but it could be viewed as a sign of the trust that he has in the likes of Christian Pulisic and Callum Hudson-Odoi, who have both seen their seasons derailed through injury.

With Hakim Ziyech also arriving in the summer, the Blues certainly won’t be short of options out wide, but the aforementioned duo will need to step up in the Premier League.

Willian has five goals and five assists in the Premier League, compared to Pulisic’s five and two, while Hudson-Odoi has only scored once. Only Tammy Abraham has more overall goal contributions throughout the entire Chelsea squad than Willian, highlighting his importance to the Blues this year in their push for fourth.

While he has been impressive for the Blues this season, the stats show that now might be a good time to cash in on the winger – he has earned Chelsea just 1.71 points per game this season. He has bettered that in every other Premier League season he has spent with the Blues, apart from the 2015/16 campaign.

Would you be sad to see Willian join Tottenham? 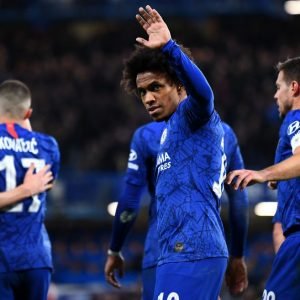 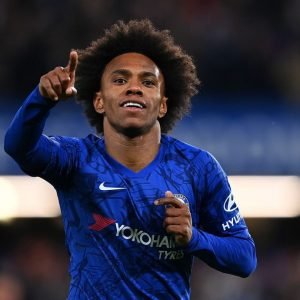