Chelsea have offered a contract to Manchester United teenager Angel Gomes, according to report from The Independent.

The 19-year-old will leave Old Trafford on a free transfer on Wednesday after rejecting United’s contract extension and he will officially become a free agent.

As per a report in The Athletic, United offered Gomes a decent financial package in a bid to keep him at the club but the player wanted to join a club where he would get more playing time and he’s decided to make a move.

Frank Lampard is in the midst of a rebuild at Chelsea and he has been keen to give young players opportunities to flourish, and that could entice Gomes to move to Stamford Bridge.

Furthermore, Willian and Pedro look like they’ll be leaving Chelsea, so that could create a pathway to more first-team action too. However, Timo Werner will be joining The Blues this summer and they already have plenty of other attacking options too, so there’d be no guarantees for Gomes to play regularly if he did make a move to Stamford Bridge.

Should Angel Gomes move to Chelsea? 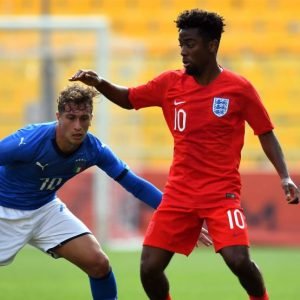