The German giant’s interest in the 19-year-old began back in January 2019 when they made two bids that were subsequently rejected by the Blues.

Hudson-Odoi injured his Achilles tendon in August 2019, bringing an end to any immediate further transfer speculation.

After much conjecture over his future, the appointment of Frank Lampard as manager saw the England international sign a new five-year deal at Stamford Bridge.

However, following the arrival of multiple attackers into the Chelsea squad, the winger could see his future elsewhere once more, especially if the current European champions rekindle their interest with a bid.

The report also claims that ‘the 19-year-old can still imagine a change to the German record champions’.

Hudson-Odoi is a talent with bags of ability as he has shown on numerous occasions in his fledgling Chelsea career to date.

Since recovering from a serious injury-hit season last year, the youngster has struggled for regular game time and could well have his head turned once more, although the Blues would be wise to hang on to him.

The problem is however, Hudson-Odoi could well look at the likes of Timo Werner, Kai Havertz, Christian Pulisic, Hakim Ziyech, and simply wonder if he will get the outings he needs.

That said, the opportunities in Bavaria aren’t likely to come easy either. The German champions are awash with attacking talent, including the recently signed from Manchester City, Leroy Sane. 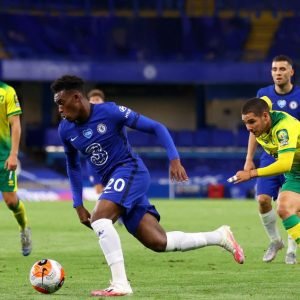 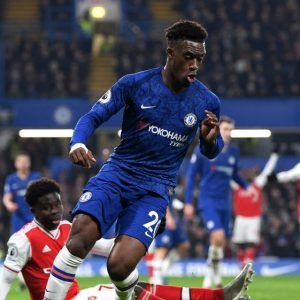