The Daily Mail reports that Chelsea have enquired about the 20-year-old who could cost around £20 million.

The Blues are keen to add to their squad ahead of their busy Champions League schedule next season.

Discussions between Antonio Conte and Michael Emenalo are reportedly already underway about possible summer transfer targets with Golovin seen as a player for the future. 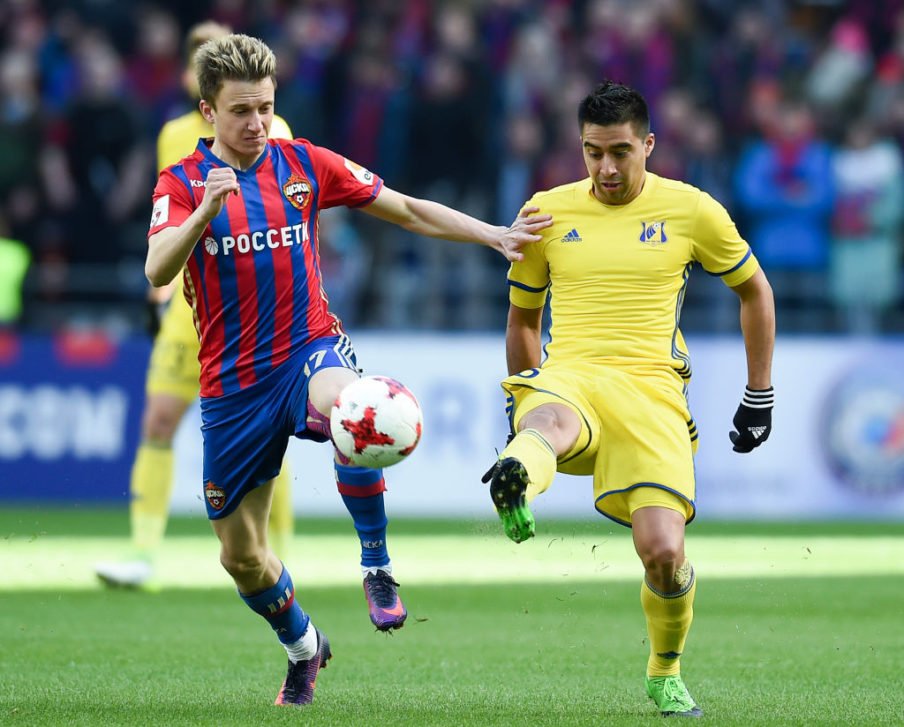 Golovin is a versatile midfielder, who has played in deeper central roles for CSKA this season but is more predominantly a left-sided attacking midfielder.

He has scored three goals this season and has also registered two assists in 29 league appearances.

Golovin is highly thought of in Russian football and is being widely tipped to be a star for the future. Despite being just 20 years of age, he has already made ten appearances for the Russian senior national team.