Chelse are looking to step up their interest in Borussia Dortmund’s Christian Pulisic with a £70 million January bid.

The Mirror claims that Chelsea will launch a bid to sign the player when the transfer window opens following talks with Borussia Dortmund.

However, the Blues will be forced into holding out until the summer for the player to arrive at Stamford Bridge, with Dortmund unwilling to sell in January. The American winger has long been viewed as a potential replacement for Eden Hazard and Chelsea are keen to ward off interest from their rivals in the race to sign him.

Bayern and Liverpool have been heavily linked with moves in recent months as he continues to catch the eye in the Bundesliga.

Hazard is out of contract at the end next season but is widely expected to leave the club in the summer following increasing links to Real Madrid.

Chelsea will be keen to prepare themselves for the eventual departure of Hazard and putting a deal in place to sign Pulisic would do just that.

Would Christian Pulisic be a good Hazard replacement? 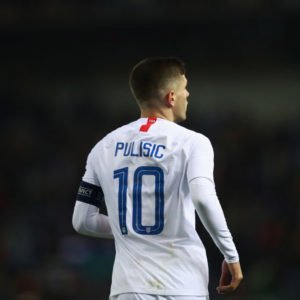