Gonzalo Higuain’s proposed to move to Chelsea is still up in the air, with the Blues and Juventus yet to come to an agreement.

The Telegraph claims that Chelsea want to sign the 31-year-old on loan until the end of the season.

That doesn’t appeal to Juventus, however, who want to move him on permanently in January.

Higuain’s agent, his brother Nicolas, was in London on Thursday to discuss a possible deal. 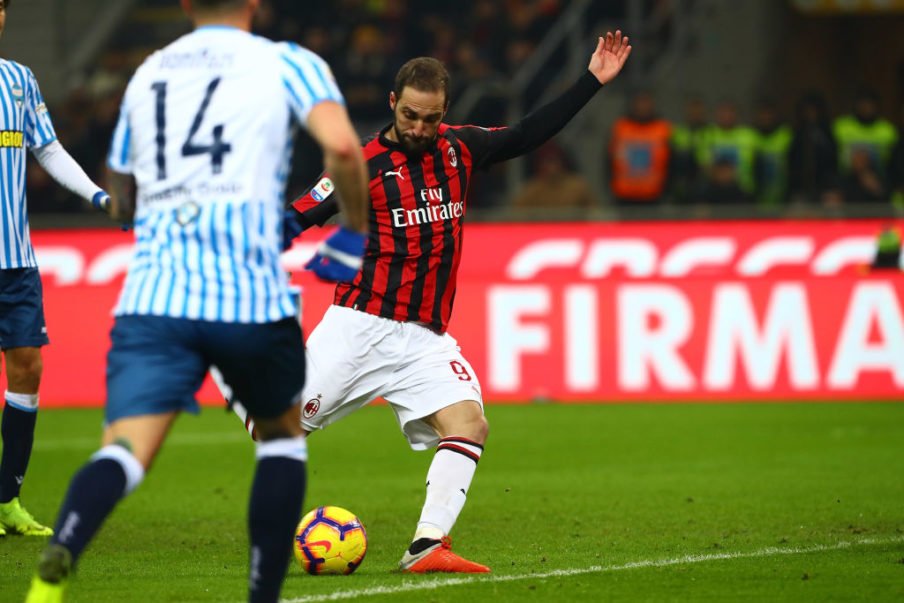 The fact that Chelsea only want the striker on loan could be a stumbling block in the move.

Maurizio Sarri is keen to bring in Higuain permanently after the pair thrived together at Napoli during their one season together in 2015/16.

The report states that the Chelsea manager “is fully aware of the club’s policy regarding players who are over 30”, though.

Higuain is currently on loan at AC Milan from Juventus and is expected to be part of their squad to face Sampdoria in the Italian Cup on Saturday.