David Luiz was furious with both Burnley and referee Kevin Friend following Chelsea’s 2-2 draw against Sean Dyche’s side on Monday evening, labelling the Clarets’ performance as “anti-football.”

Tempers flared towards the end of the game after a number incidents resulted in Maurizio Sarri being sent to the stands, with Luiz and Ashley Barnes also involved, as Burnley frustrated Chelsea at Stamford Bridge.

And speaking to the club’s official website after the game, Luiz revealed his anger with the officials and the away side’s performance.

When the referee is not there to try to check what we have to do on the pitch it is difficult. They [Burnley] were trying to lose time all the time, from the first minute of the first half and it is anti-football.

Burnley goalkeeper Tom Heaton was booked in the first half for time-wasting, while a number of Clarets’ went down to receive treatment for cramp towards the end of the game.

Luiz believes Dyche’s side were taking advantage of the referee stopping the game continuously, and revealed he tried to speak to Friend during the match before being laughed away.

I think it is the first time I’ve done that because it is difficult because when you see a referee even laugh in your face when you try to speak with him in a respectful way, it is not nice. 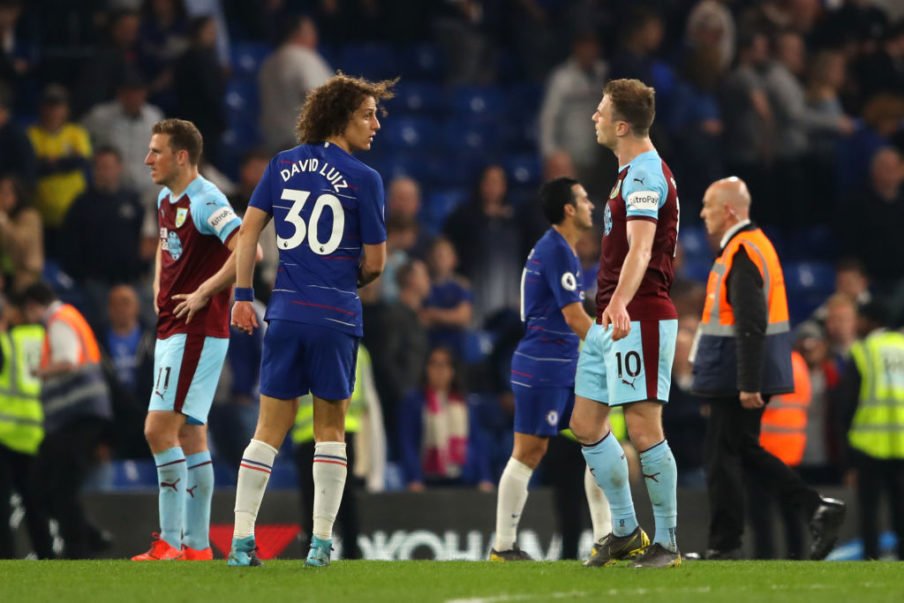 When I was trying to speak with him he was never looking in my eyes and he was not trying to listen, he just said I don’t want to listen to you, shut up and play the game.

Chelsea vs Burnley in pictures 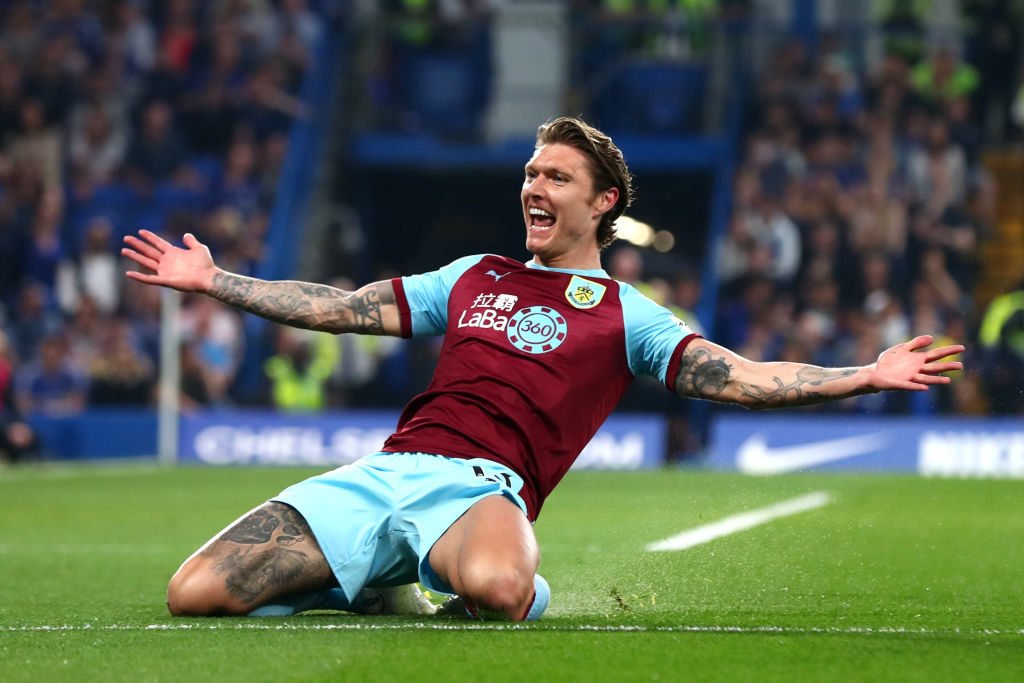 Hendrick’s brilliant volley from the edge of the area gave the away side a surprise early lead. 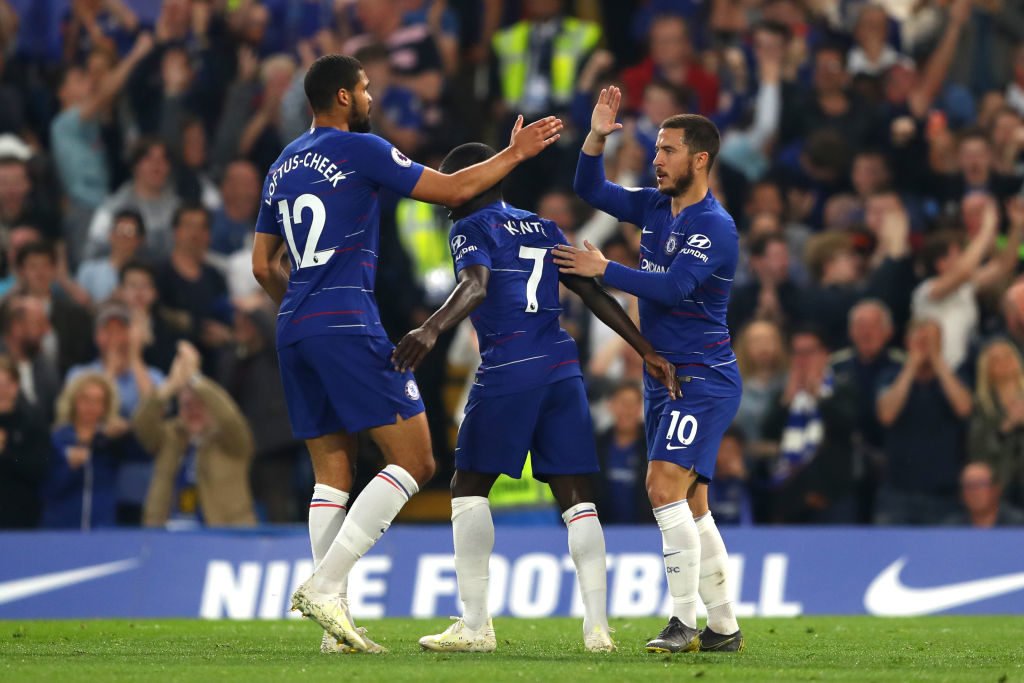 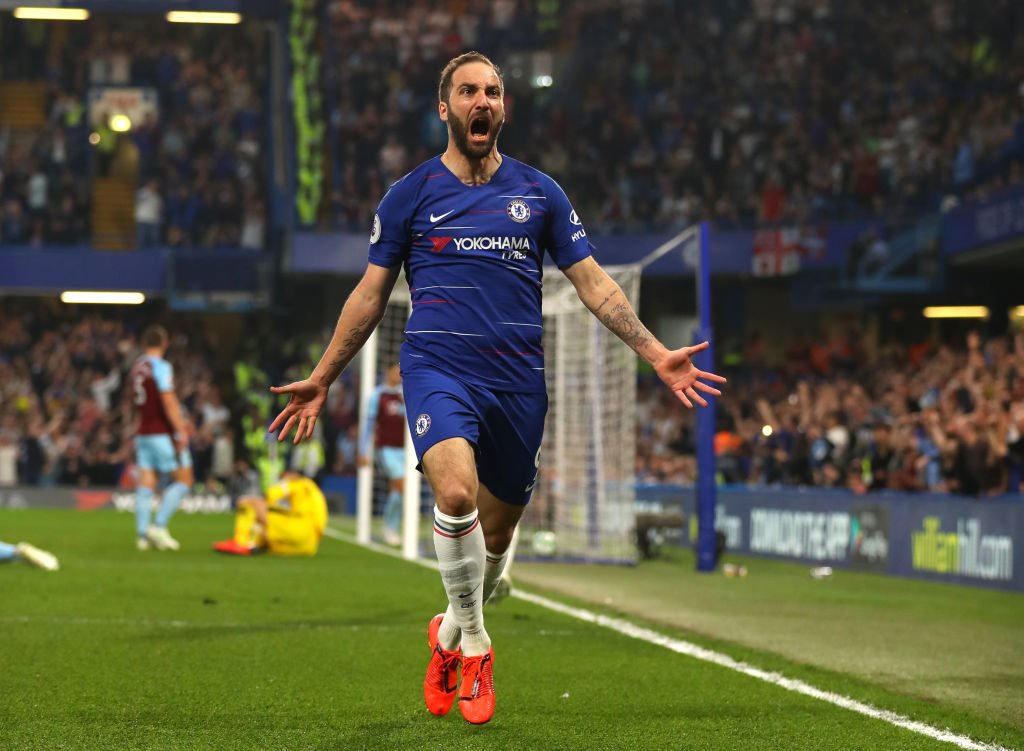 Higuain put the Blues ahead just two minutes after Kante’s equaliser with a thunderous effort from a narrow angle. 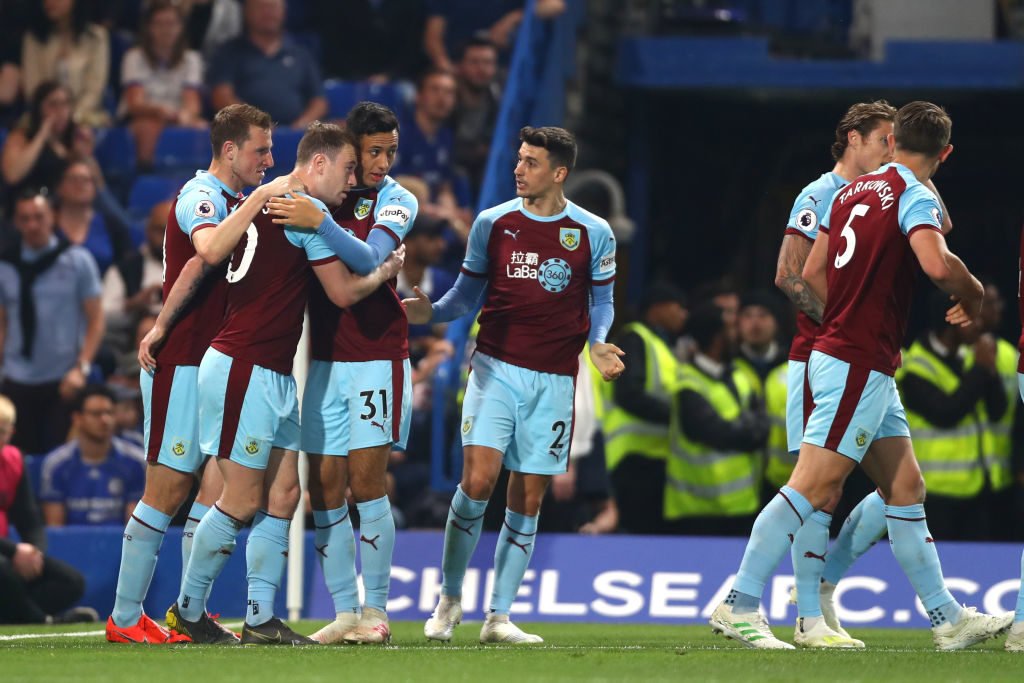 Barnes capitalised on poor defending from Chelsea to equalise for the away side in a frantic opening 25 minutes. 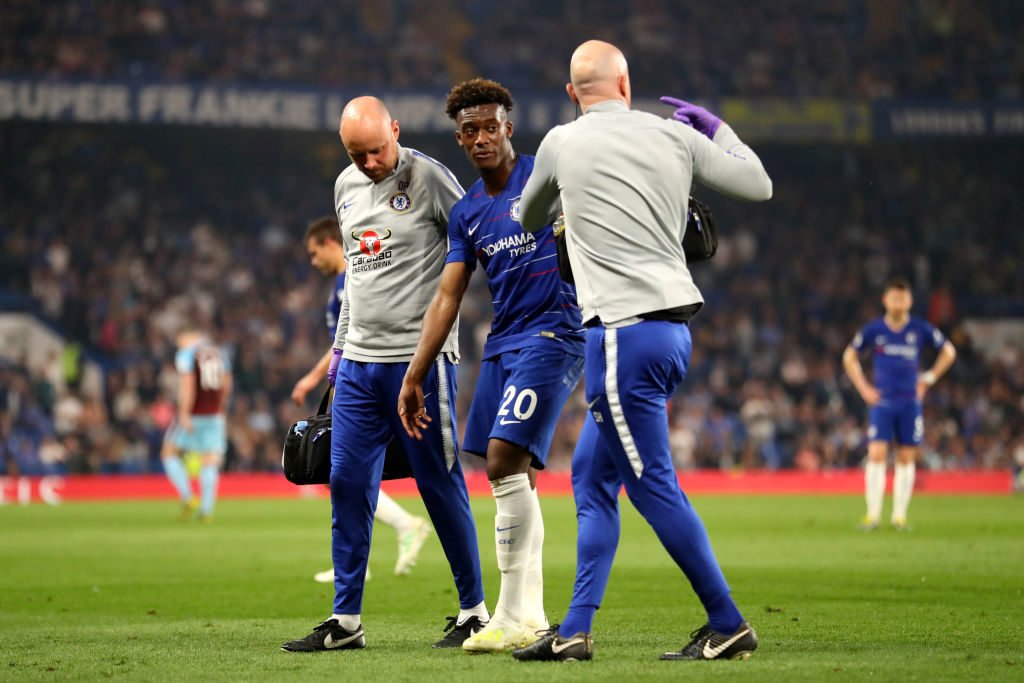 Hudson-Odoi suffered a ruptured achilles towards the end of the first half, while Kante was also replaced at half-time with an injury. 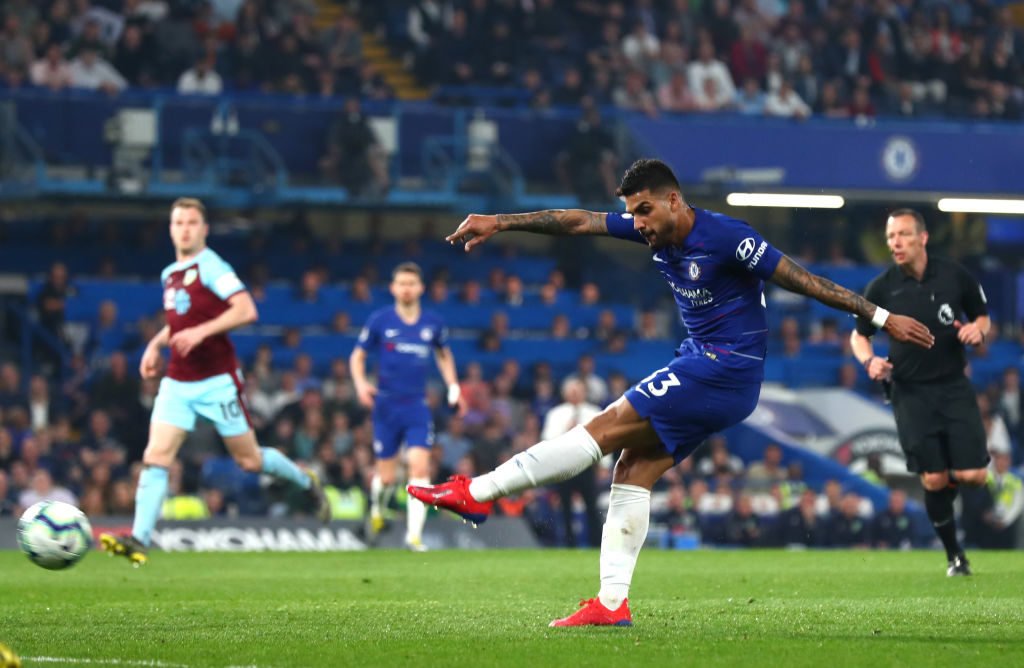 The Blues dominated possession in the second half but lacked creativity in front of goal, with Emerson’s drive from the edge of the area Chelsea’s most threatening effort. 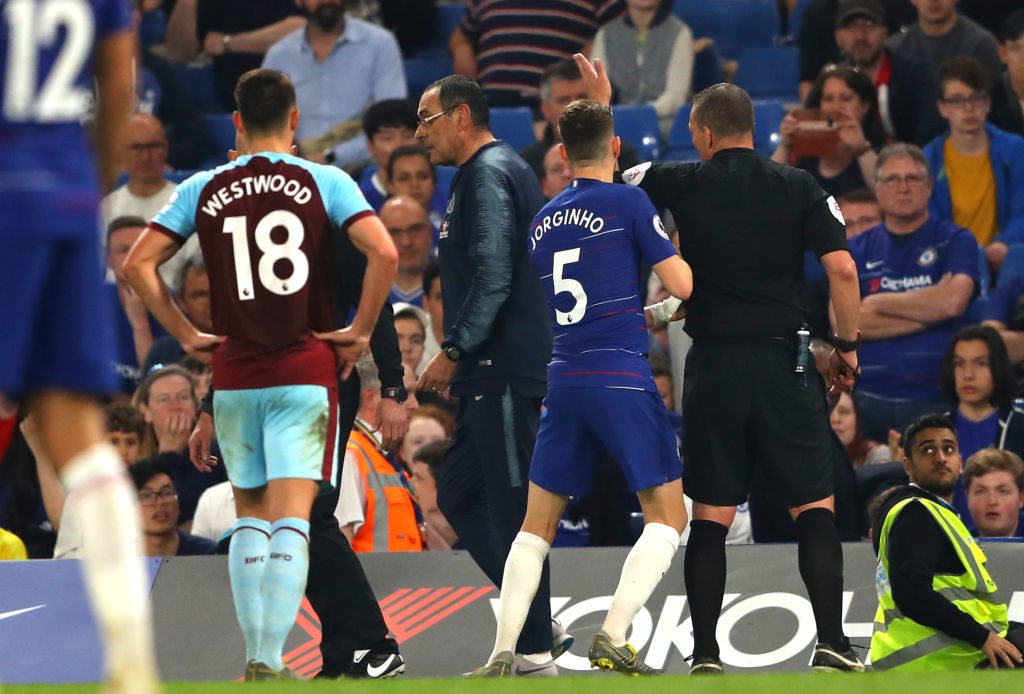 Sarri sent to the stands

Maurizio Sarri was sent to the stands at the end of the game as Chelsea’s frustrations began to show. 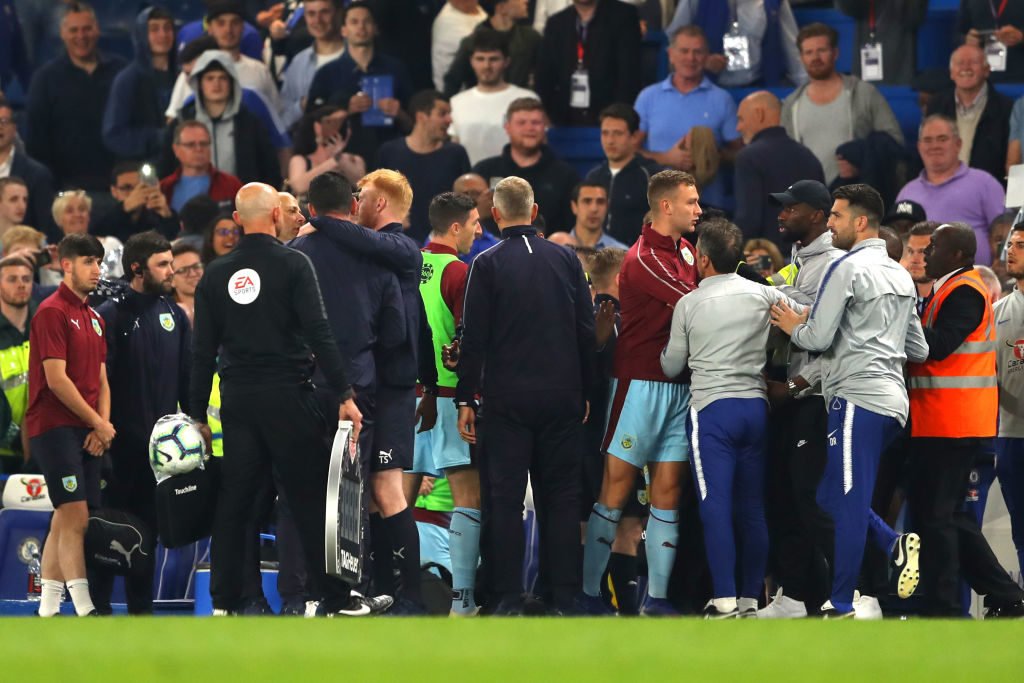 A number of players were involved in an altercation at full time following a frustrating draw for Chelsea.