Gonzalo Higuain’s stay at Chelsea looks set to be extended this summer, according to Tuttosport, via Calciomercato.

The Argentine joined the Blues on loan back in January, having already been on a temporary spell at AC Milan from Juventus.

Despite his goalscoring pedigree down the years, Higuain has underwhelmed at Stamford Bridge, scoring just five times in 18 appearances.

It has led to many Chelsea supporters calling for the 31-year-old to be moved on this summer, with some asking for on-loan striker Tammy Abraham to return to the club.

Despite this, it now looks as though Higuain will still be a Blues player next season.

That could be due in part to the two-window transfer ban that Chelsea are set to suffer, not allowing them to bring in new faces.

Maurizio Sarri has always spoken highly of Higuain, having thrived together at Napoli back in 2015/16, when the striker bagged 38 goals in 42 matches.

Should Higuain stay at Chelsea beyond the summer? 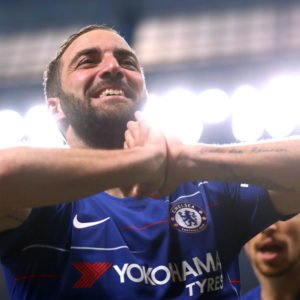 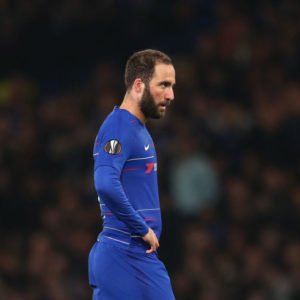