Bayern Munich are looking elsewhere after talks with Callum Hudson-Odoi became complicated, according to the Mail.

The Bavarian giants are now reportedly looking to sign Ajax star Hakim Ziyech, who has been a star man for the Dutch side in their run to the UEFA Champions League semi-finals.

Chelsea’s transfer ban has led Bayern officials to rule out a deal for Hudson-Odoi this Summer, with Chelsea now being very reluctant to sell players due to the enforced ban. 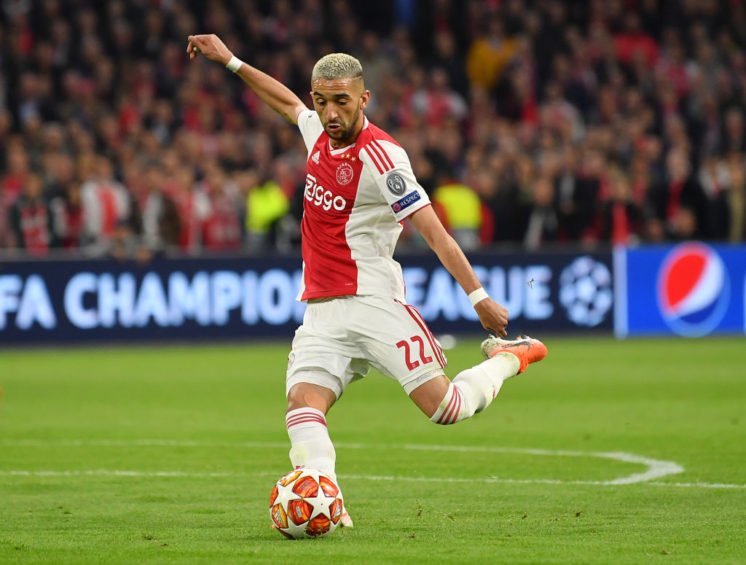 The Blues will likely have to use what they have at the minute, which could hand Hudson-Odoi a bigger role within the Chelsea squad.

Therefore, Bayern are looking elsewhere, and Ziyech’s performances with Ajax could earn him a move to the Bundesliga.

Bayern are looking to replace the outgoing Arjen Robben and Franck Ribery this Summer, and they feel that Ziyech will fit the bill.

Robben, a former Chelsea man, and Ribery are both leaving the Bavarian side after several years.