VAR drama could not prevent Chelsea from returning to winning ways against Watford, as Frank Lampard’s men moved six points clear in the race for a top-four spot.

Ben Foster produced a heroic performance harking back to his younger days in the first half, making two world-class saves to deny Christian Pulisic and Mason Mount from putting the game beyond Watford’s reach.

Tammy Abraham had earlier given Chelsea the lead latching on to a delightful through ball from Jorginho to lob the onrushing Foster, and it looked to be a comprehensive return to form for the Blues as they stretched a nervy Watford backline into submission.

Not to be underestimated, however, the Hornets weathered the initial onslaught and began to push Chelsea back, pressing high and in numbers. Gerard Deulofeu was inches away from establishing parity but ultimately it was Mount who’d draw the final gasp from all inside Vicarage Road as his dipping effort was tipped onto the crossbar by Foster just before half-time.

Smooth and confident build-up play seemed to put Chelsea in a commanding position as Christian Pulisic tucked home Abraham’s pullback. A host of chances and more remarkable goalkeeping from Foster denied the Blues from making the game safe. It was then the turn of  VAR to hand Watford a lifeline under utterly baffling circumstances. Deulofeu drew very little contact from Jorginho taking a further step before hurling himself to the ground.

It was a decision that confused everyone bar Mike Dean in the VAR office and drew comments from Lee Dixon that “if that’s a penalty the game is gone”. The subsequent penalty was dispatched by Deulofeu and made for a far more nervy finish to proceedings than was expected.

Here’s how we rated the Chelsea players. 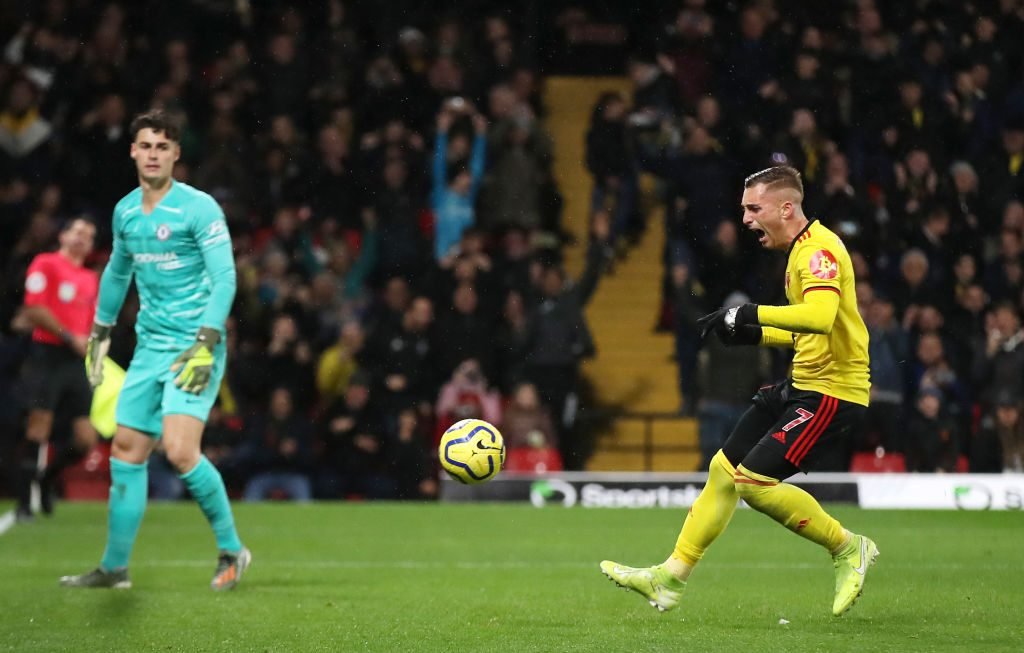 It was quite clear to see why Watford have struggled in front of goal. Kepa barely had a save to make with the Hornets failing to convert promising build-up play into efforts on goal. A cracking last-minute save to deny Foster of all people ensured Chelsea held on for all three points. 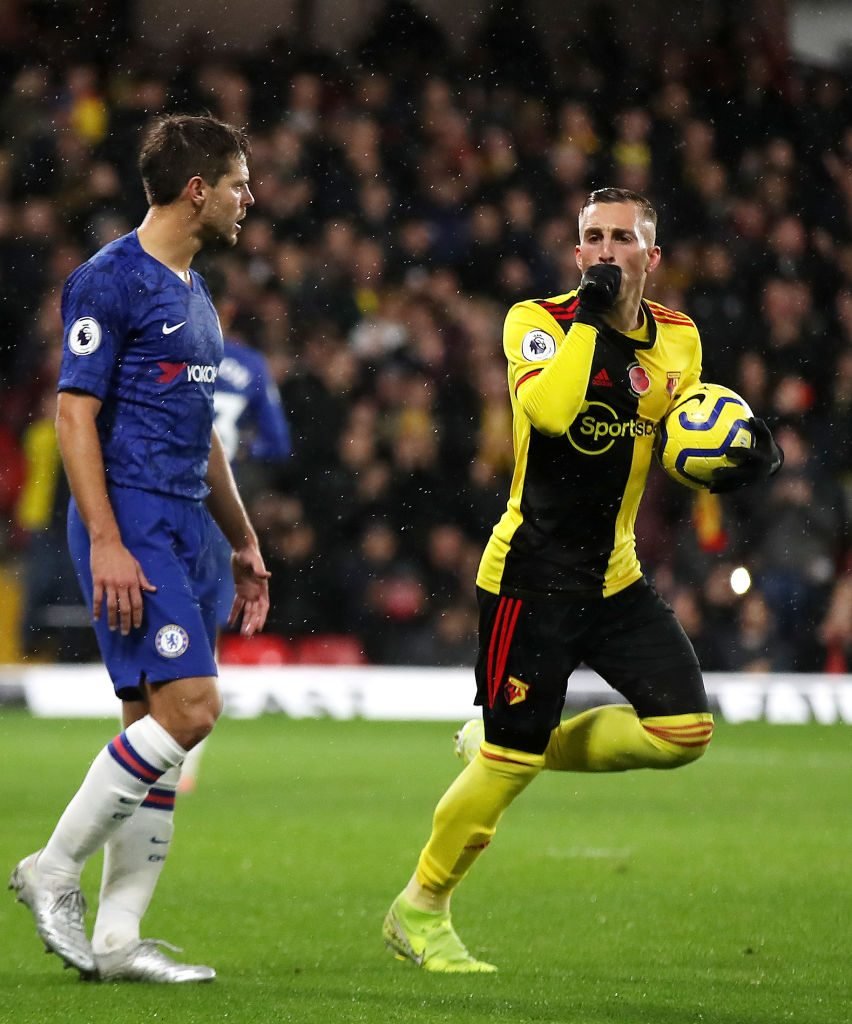 Got forward on the overlap and showed good positional awareness to intercept the ball in the transition. Was perhaps a bit wasteful with his passing but a solid display nonetheless. 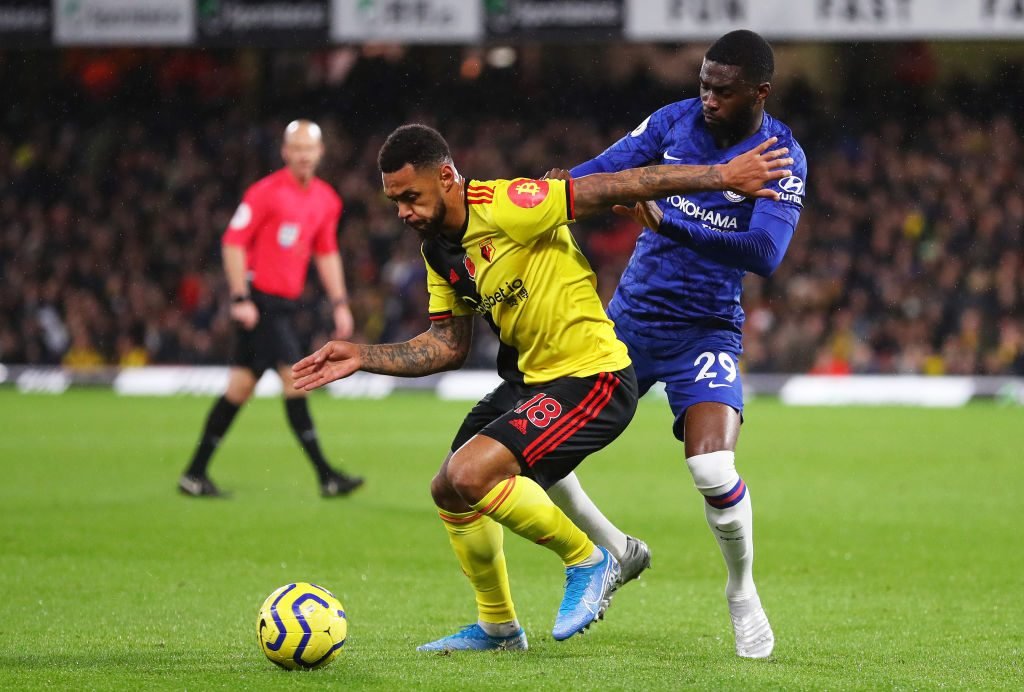 unconvincing when he tried to clear his lines and seemed to back off when Watford approached the 18-yard box. regained his composure in the second half as Chelsea began to dominate possession. 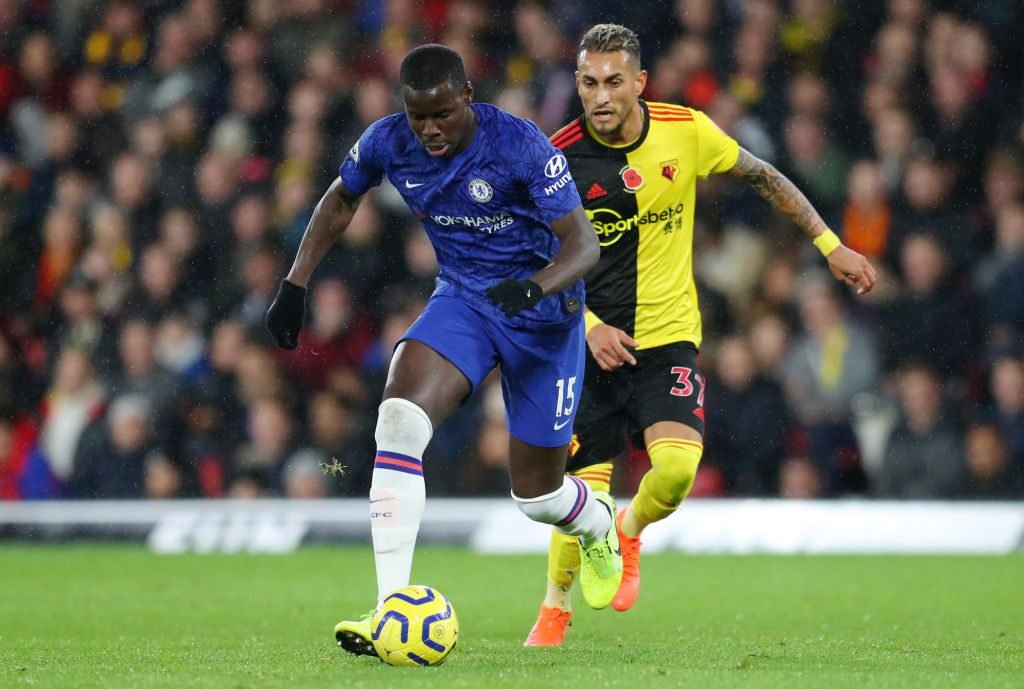 Assured in possession and dominant in the air Zouma once again looked to be the more confident of Chelsea’s centre-half pairing. Produced an excellent block to deny Andre Gray at the start of the second half. 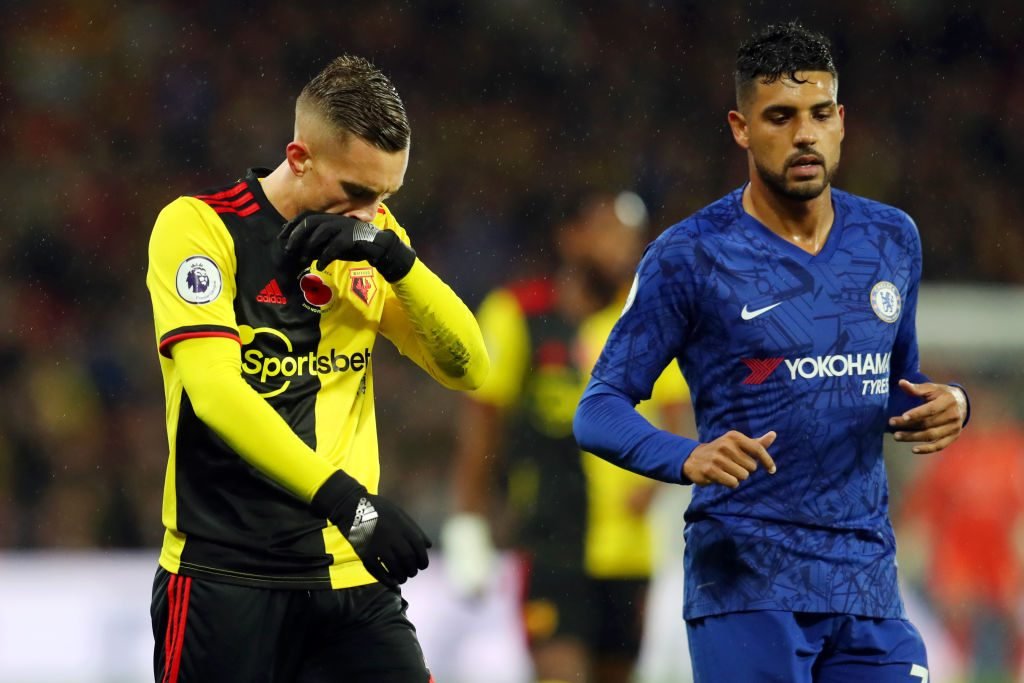 Watford found a lot of joy down his flank but this was through no fault of his own, and Emerson produced some timely blocks and interceptions to cut out balls into the area. Operated almost as a midfielder at times to drive Chelsea out of the press. 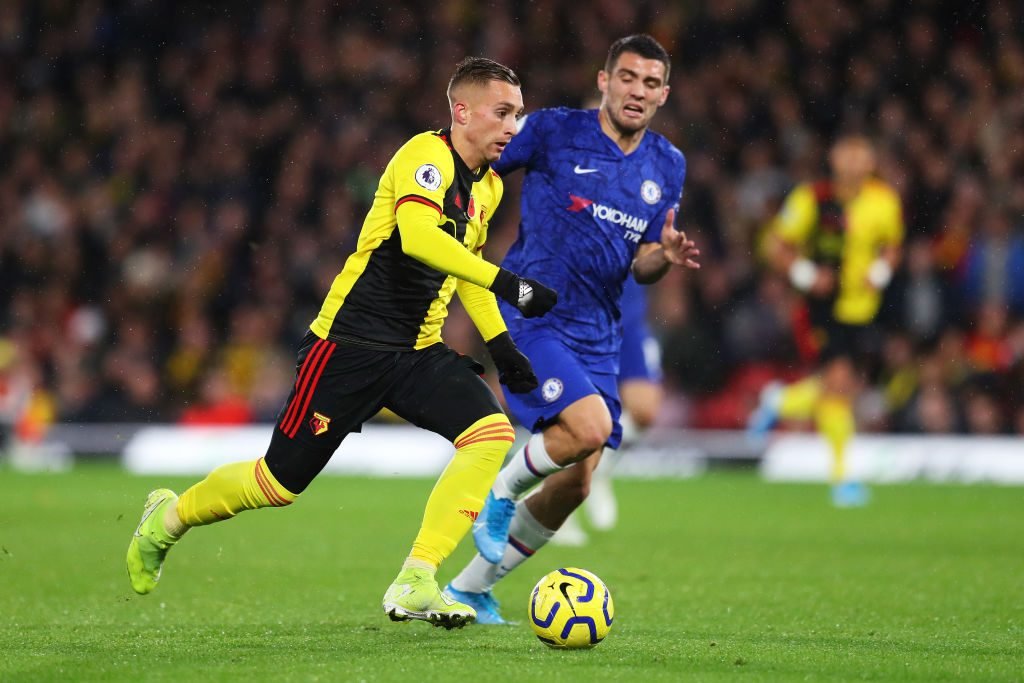 Contested the 50-50 aggressively helping to ease pressure on the backline and deny Watford any time to effectively turn over possession when they tried to press high. Probably his best performance in a Chelsea shirt and was rounded off with an excellently timed challenge on Deulofeu deep into stoppage time. 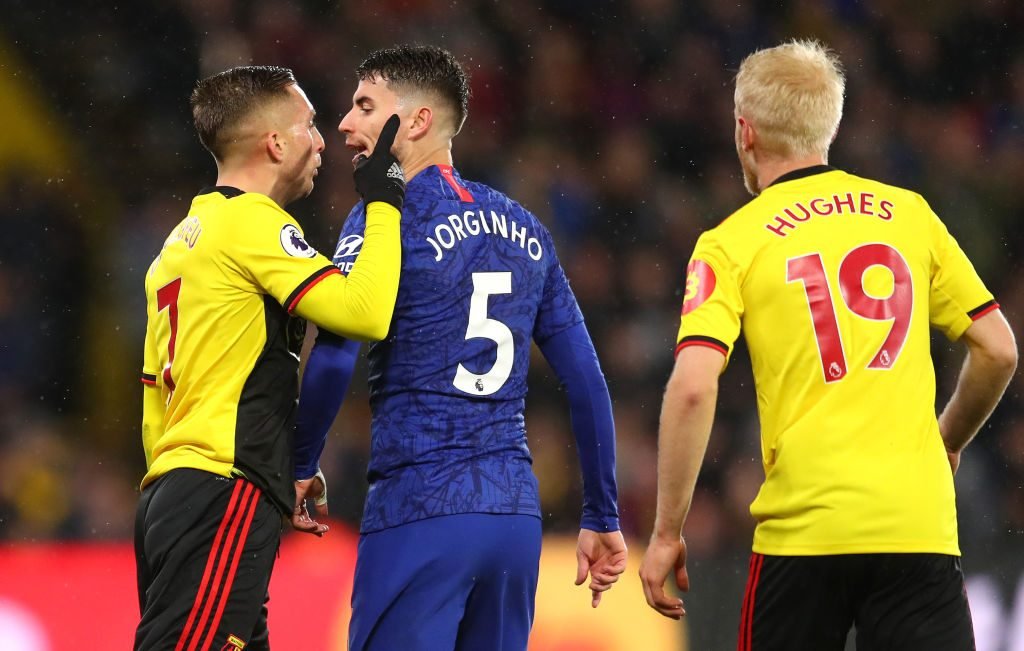 Showed impeccable vision to spot the run of Abraham, but it is one thing to spot the run and another to play a perfectly weighted first-time ball into the half-space between Watford’s defence and goalkeeper. Desperately unlucky to see a penalty given for his challenge on Deulofeu. Will miss next week’s game against Crystal Palace after picking up his fifth booking of the season. 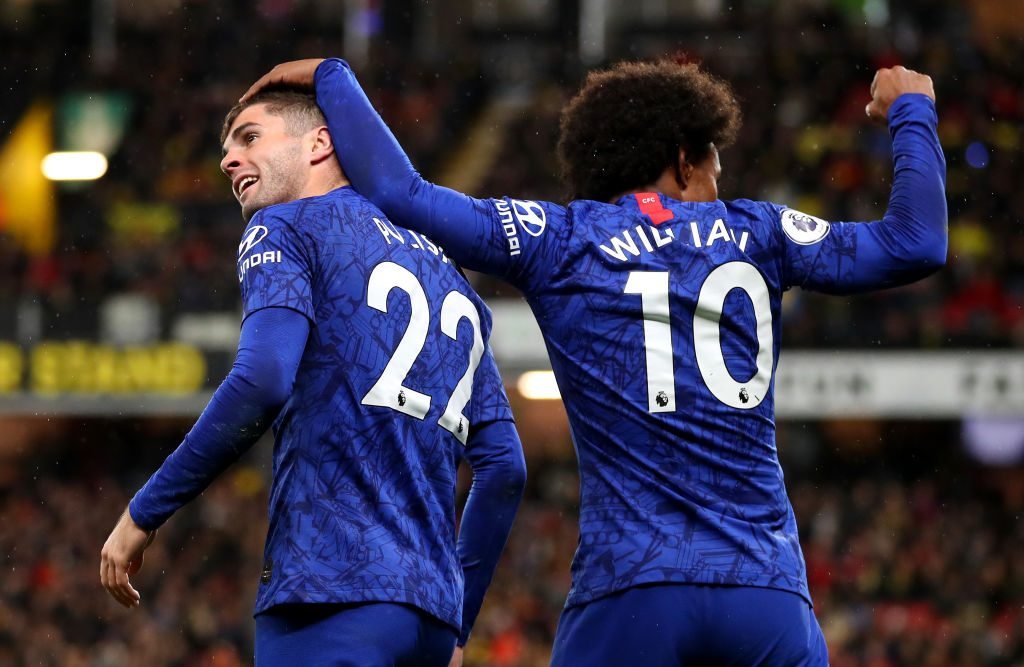 By moving infield and driving with the ball he dragged Daryl Janmaat closer to his centre-backs, causing an overlap for Cesar Azpilicueta. His passing however was loose and he wasted numerous attacking opportunities. 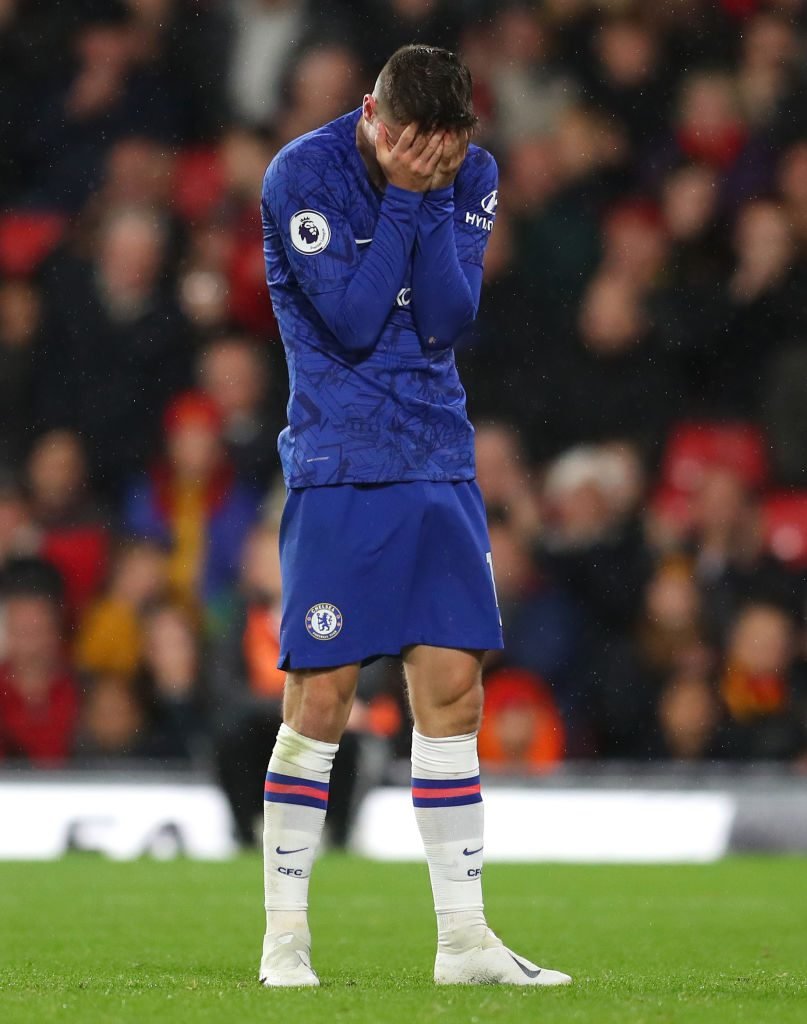 Twice denied by the fingertips of Foster, Mount was unlucky not to capitalise upon a lack of communication in the Watford backline. A positive display which went unrewarded. 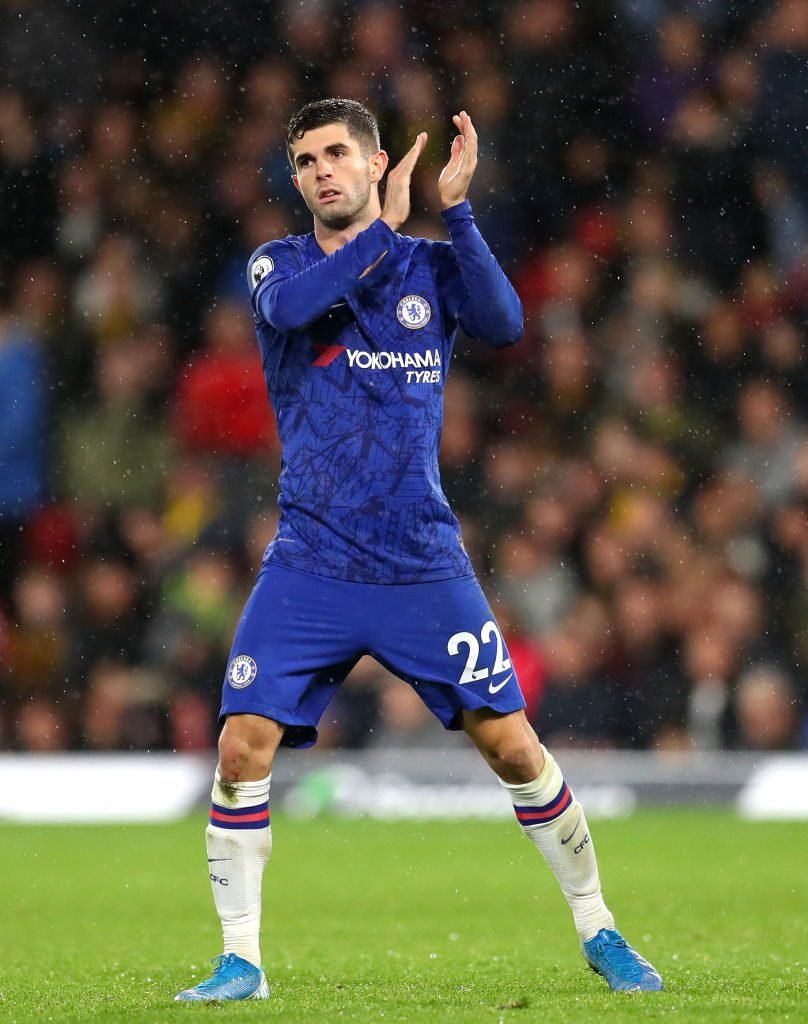 Struggled with the physicality of Watford’s midfielders often failing to get goalside of his marker but the American came alive in the box, nearly replicating his deft header against Burnley in the first-half before meeting Abraham’s pull back to double Chelsea’s advantage. 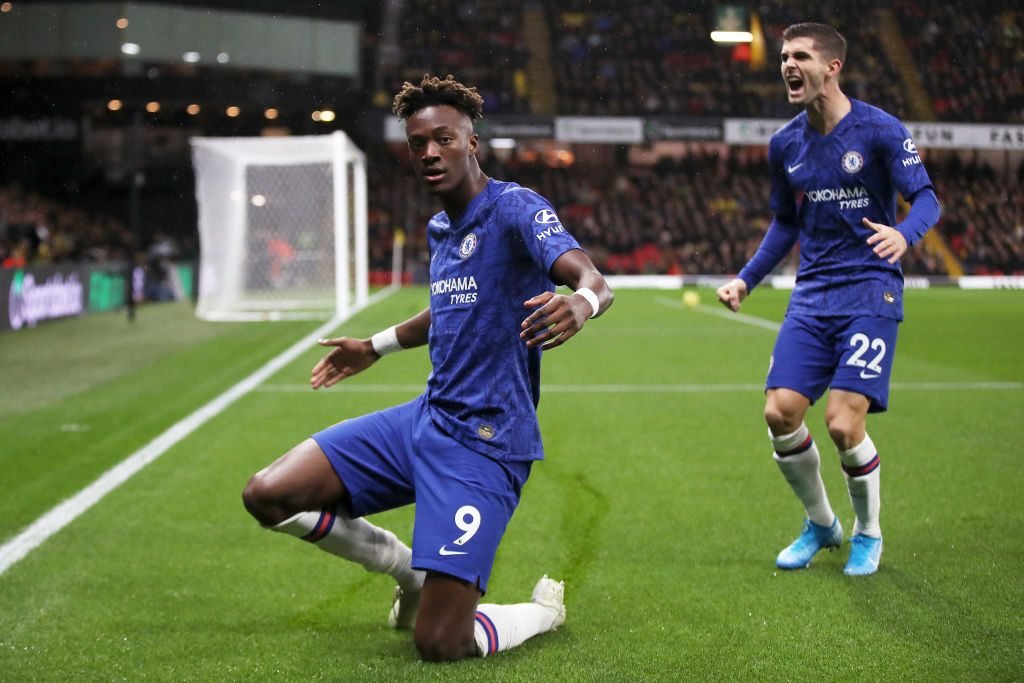 Timed his run to perfection benefiting off Watford’s high line to ghost in and open the scoring. Adapted his game to drop off and hold possession when Chelsea were under pressure. Pulled wide to create space for himself in behind before laying the ball on a plate for the onrushing Pulisic. 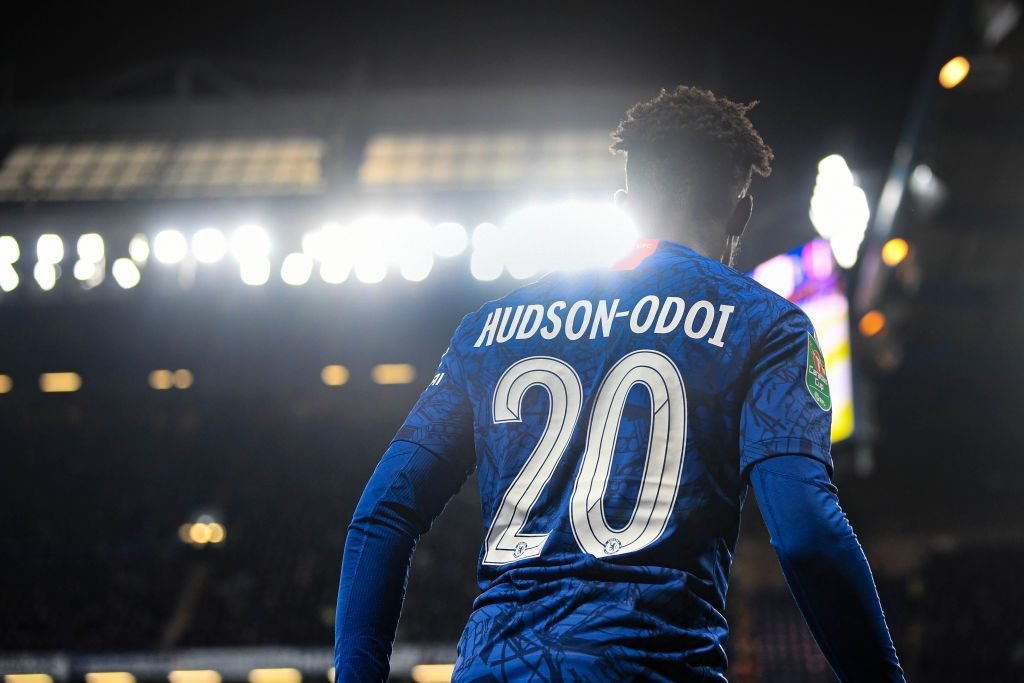 Callum Hudson-Odoi – 6, wasteful in possession as Chelsea looked to relieve pressure on their backline.

Michy Batshuayi – 6, he too gave the ball away needlessly at times although he still fashioned a couple of good opportunities for himself.

Reece James – N/A, came on with seconds to go.