There is quite simply nothing that prepares you for a football game so utterly bewildering and dramatic as the one that took place at Stamford Bridge tonight.

The fact that Chelsea came back from three goals down to rescue a draw and yet the result is still tinged with disappointment tells you all you need to know about what unfolded over the course of 90 engrossing minutes of football.

Free-kicks were in plentiful demand for Ajax as Cesar Azpilicueta and Marcos Alonso endeavoured to showcase the sort of form that had previously called for their imminent departures from the club. The first such dead ball was whipped into a dangerous area where Tammy Abraham swiped aimlessly to divert it beyond Kepa Arrizabalaga. Chelsea responded through a cooly taken Jorginho penalty but soon found themselves behind once more as Hakim Ziyech found the run of Quincy Promes who headed Ajax back into the lead – a carbon copy of the goal that was ruled out in Amsterdam. Ziyech then got himself on the scoresheet with a curling free-kick which cannoned back off of Kepa for another own goal.

Ajax thought they’d put the result beyond any doubt when Donny van de Beek found space in the box to rifle in a fourth goal for the Dutch champions. But this was only to signal the start of one of the most remarkable comebacks in Champions League history. Azpilicueta slid in at the far post to draw one back before Chelsea were handed the most unlikely of lifelines when Ajax saw the dismissal of both Daley Blind and Joel Veltman for second bookable offences. In the midst of this, a penalty was also awarded to the Blues for handball by Veltman, and Jorginho once again stepped up to place the ball beyond Andre Onana.

Just minutes after Jorginho’s penalty, Reece James hammered home a loose ball in the area to send then Bridge into delirium whilst Erik Ten Haag and his men stood in sheer disbelief. It could’ve got even worse for Ajax had Azpilicueta’s effort not been ruled out for an Abraham handball in the build-up.

A staggering game that will live long in the memory, the ratings today will sadly be built upon what was, in essence, an imperfect performance littered with mistakes, particularly in the first-half. 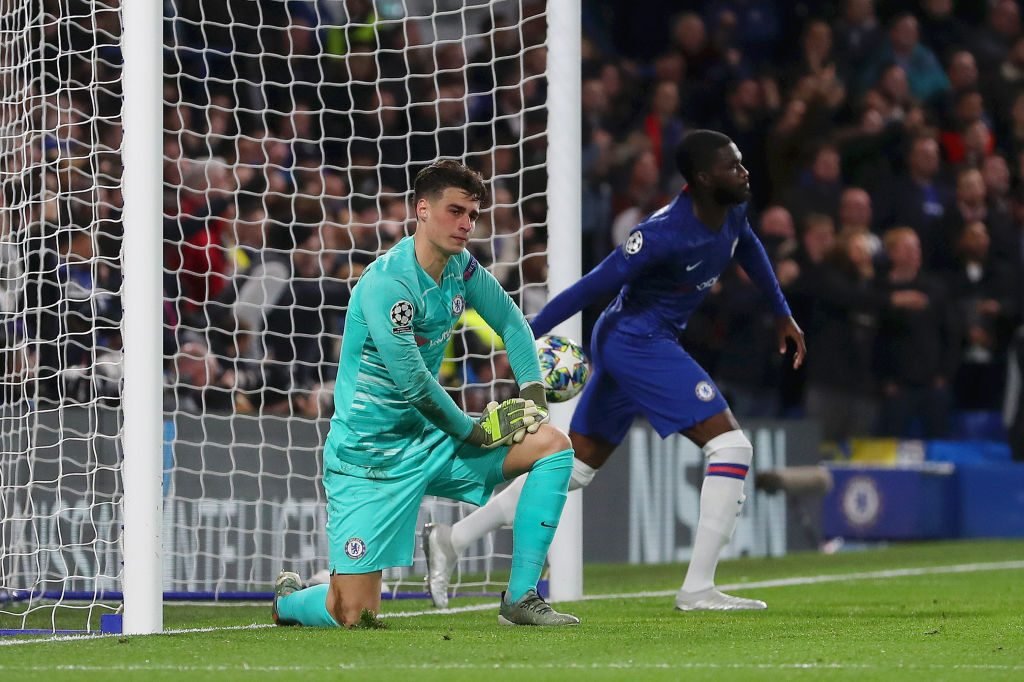 His positioning for the first goal was poor although there is little he could do about Ajax’s third. Like most of his teammates, some notable mistakes were counteracted by a couple of moments of sheer brilliance and his save to deny Edson Alvarez was an understated component of Chelsea’s comeback. 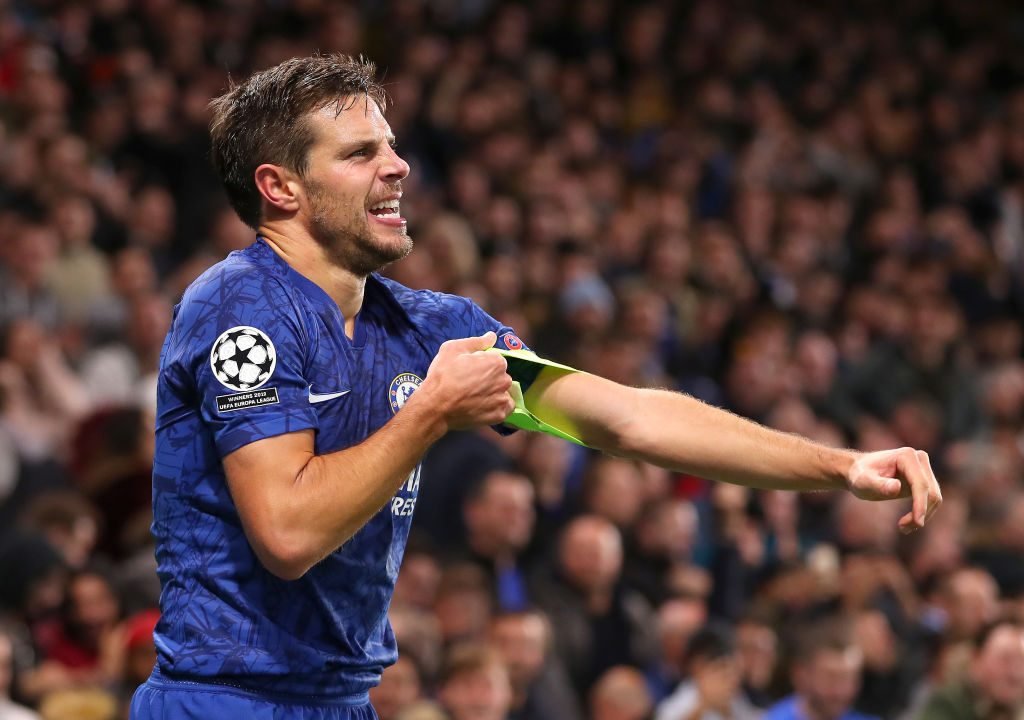 After his first-half performance, it seems astonishing that Azpilicueta has recovered to earn himself anywhere near a seven. Just as he was in Amsterdam, Azpilicueta was given the run around by Promes’ ghosting runs and this time he was punished for it in devastating fashion.

His haphazard aggression in the early stages also conceded a string of fouls leading not only to a handful of golden opportunities in and around the area but also the opening goal. His switch to left-back was a stroke of genius and he was cruelly denied the most dramatic of winning goals by VAR. 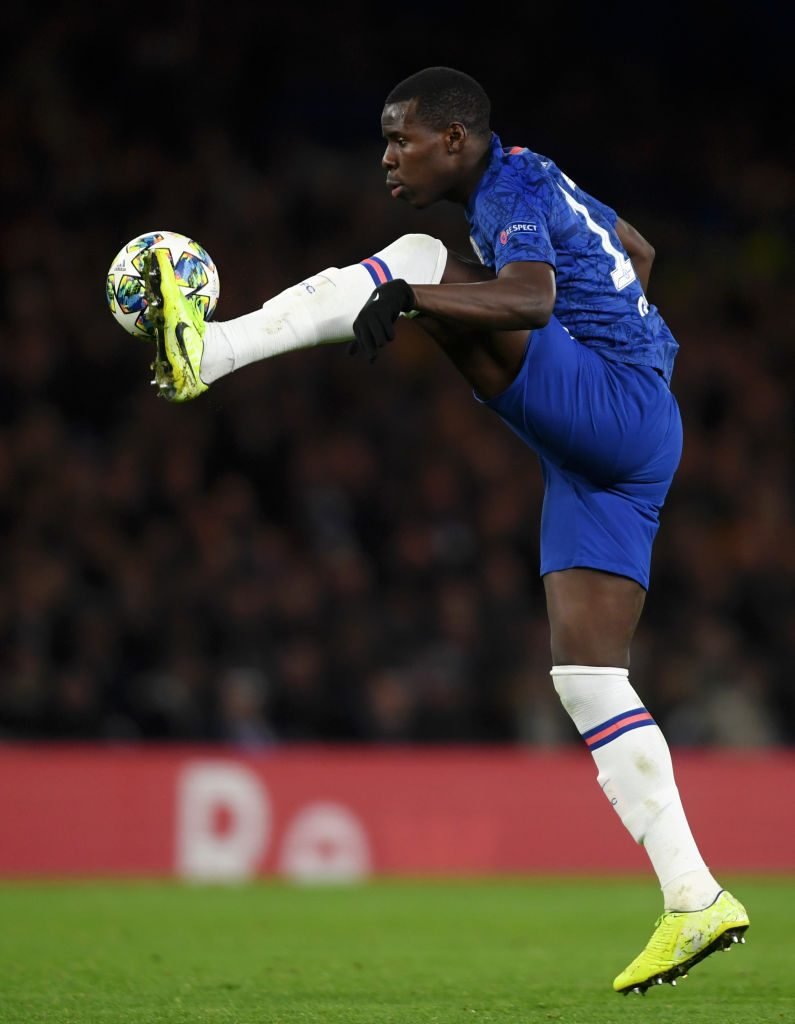 The whole stadium took a collective gasp when he drifted past five Ajax players before blasting the ball over. His defensive instincts were thrown out the window in a game that leant itself more to clinical finishing than any reputable defensive intervention. His towering header came back off the crossbar to leave James free to fire in the equaliser. 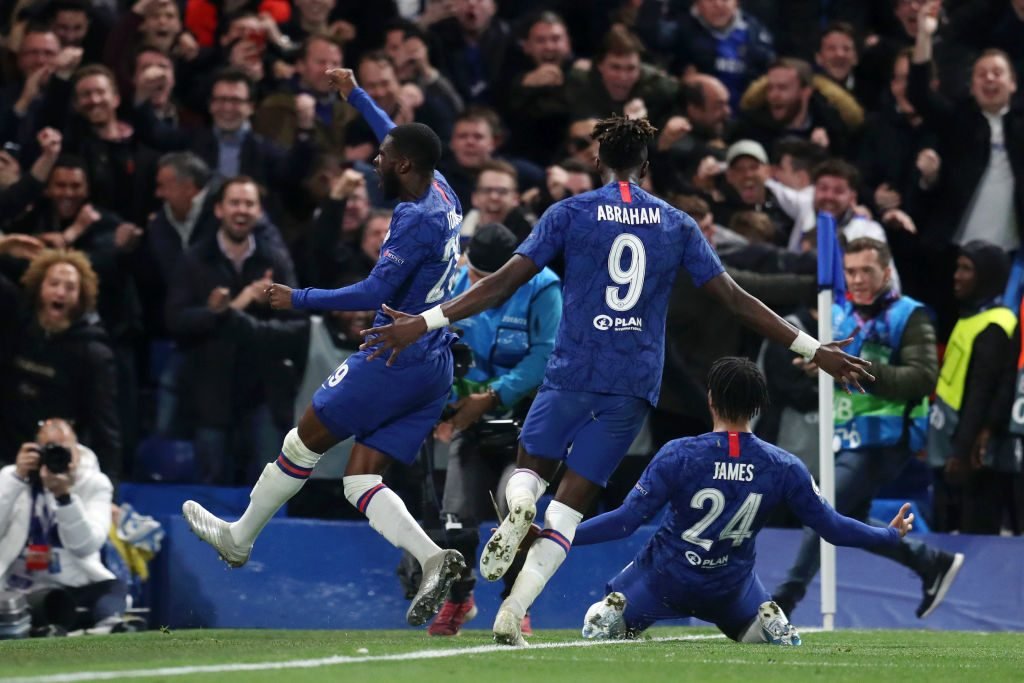 Much of Chelsea’s defence were calamitously stoic in their attempts to prevent Ajax from scoring and Tomori was perhaps the only player to stick to his task. Producing five tackles and two interceptions his recovery runs were also crucial in ensuring Chelsea weren’t caught out on the break in the second half. 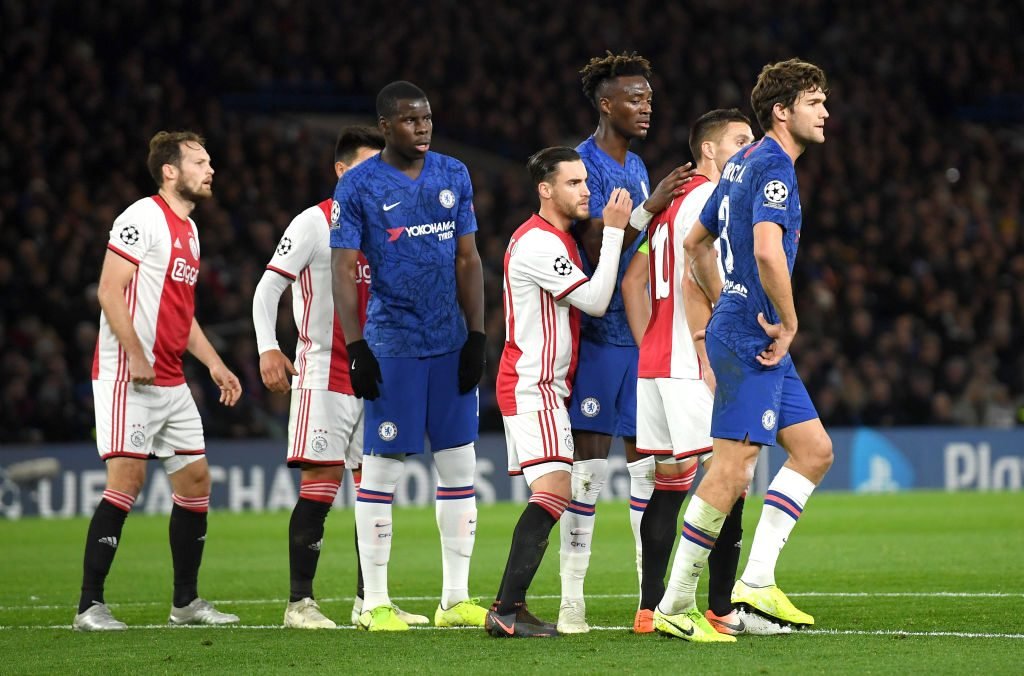 As soon as his name was read out on the team sheet it was almost inevitable that Chelsea were going to concede a goal as grimly predictable as Ajax’s second. For much of the reverse fixture, Ziyech and Promes had been threatening to make use of the inswinging ball to the back post and yet that didn’t stop Alonso from acting surprised when they did, in fact, make use of said combination.

He wasn’t helped by Mason Mount’s apathetic attempts to track his man but nonetheless, he was reckless in the tackle (giving away the free-kick for Ajax’s third) and slow to react. 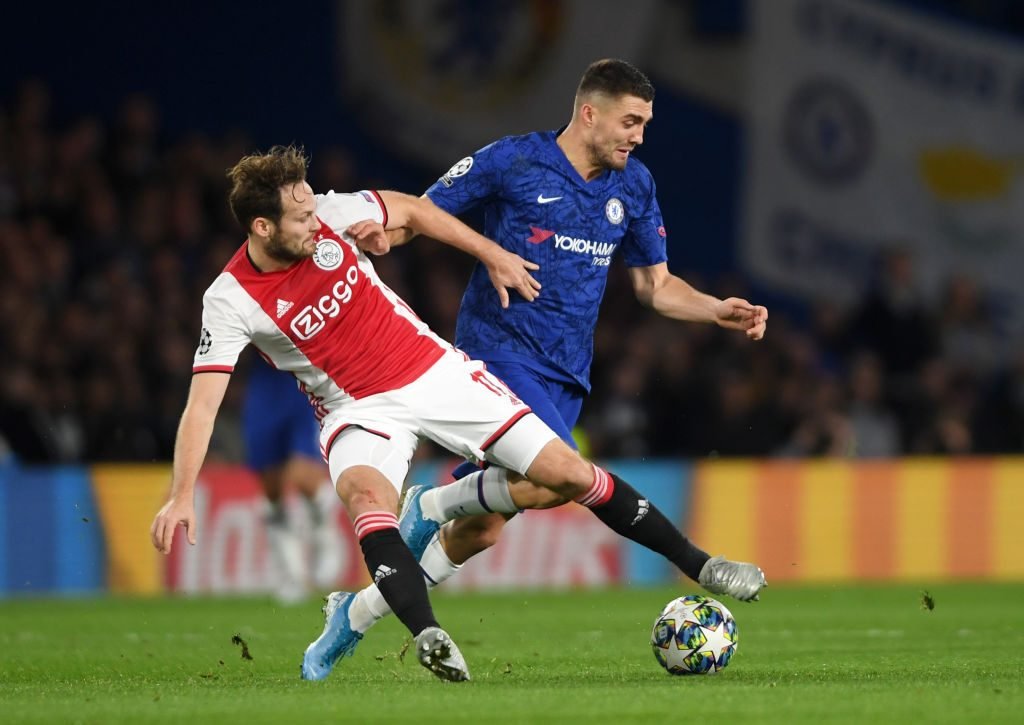 Was the vital component of any Chelsea attack picking the ball up in deep areas and drifting beyond his marker with ease, it’s no wonder the Croatian completed a staggering eight dribbles in the game. His performance was not limited to just beating his man, however, and he laid on two perfectly weighted passes to put Abraham through on goal, whilst losing possession just three times all evening.

His one lapse in concentration came when letting Van De Beek run free to score Ajax’s fourth just after half-time. 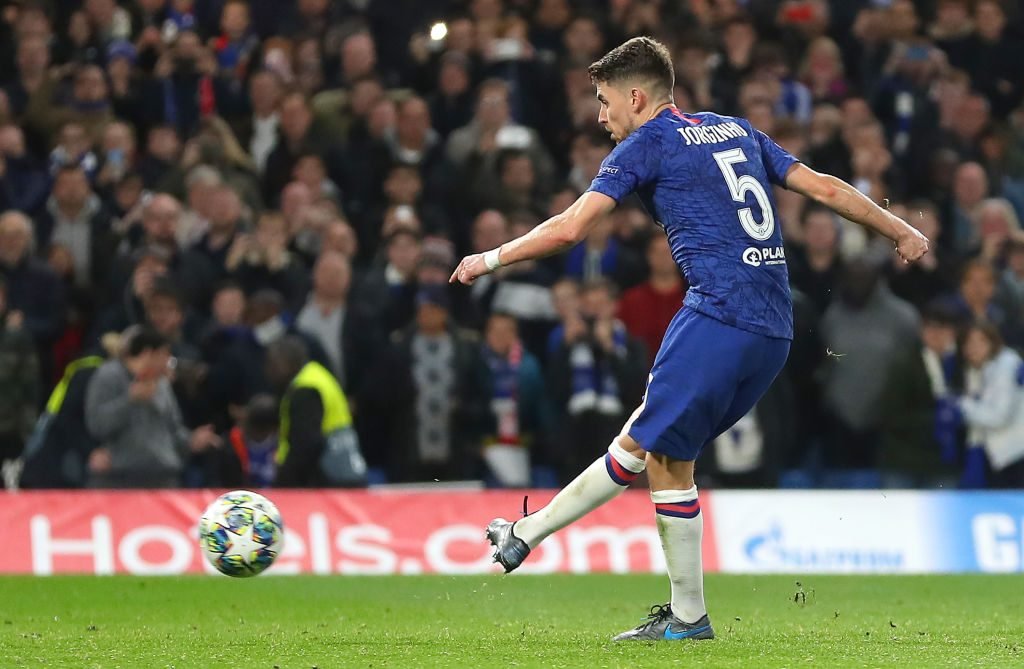 In a night of heightened emotion, Jorginho kept his cool not once but twice to ensure Chelsea a route back into the game. With Ajax down to nine men and pinned in their own half, the Italian was not content to sit back and dictate the tempo from deep. He instead made late darting runs into the box, so nearly finding the net in the moments prior to Azpilicueta’s disallowed goal. 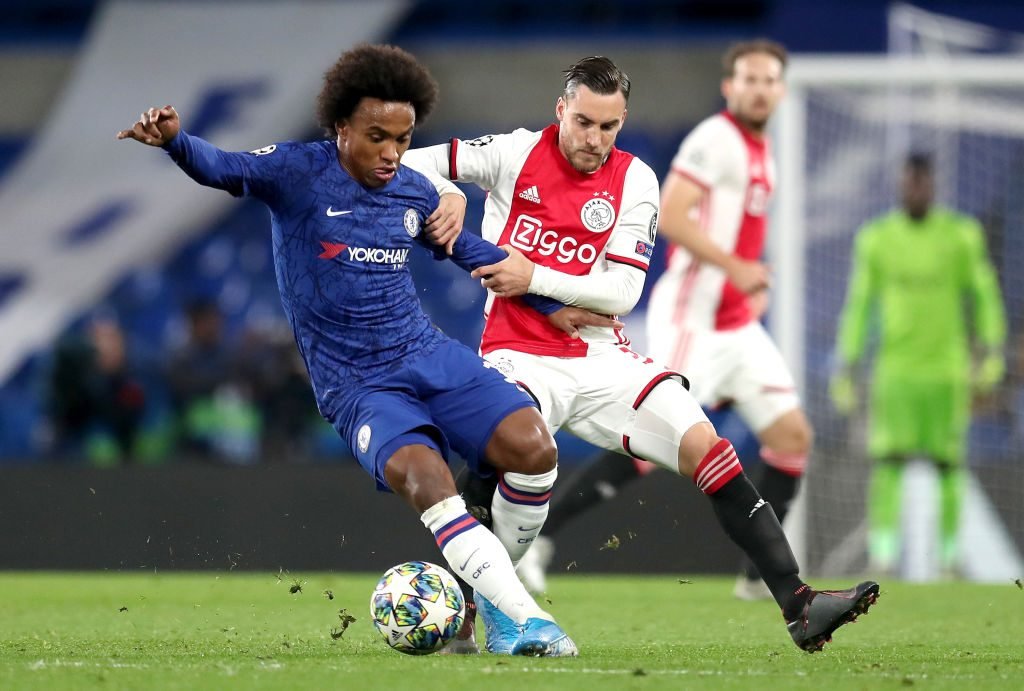 You would think having scored four goals Willian would be at the centre of Chelsea’s attacking play but yet, he was decidedly wasteful in possession. He created some good openings late on but will ultimately be disappointed not to have taken the game to Ajax with a little more ruthless efficiency. 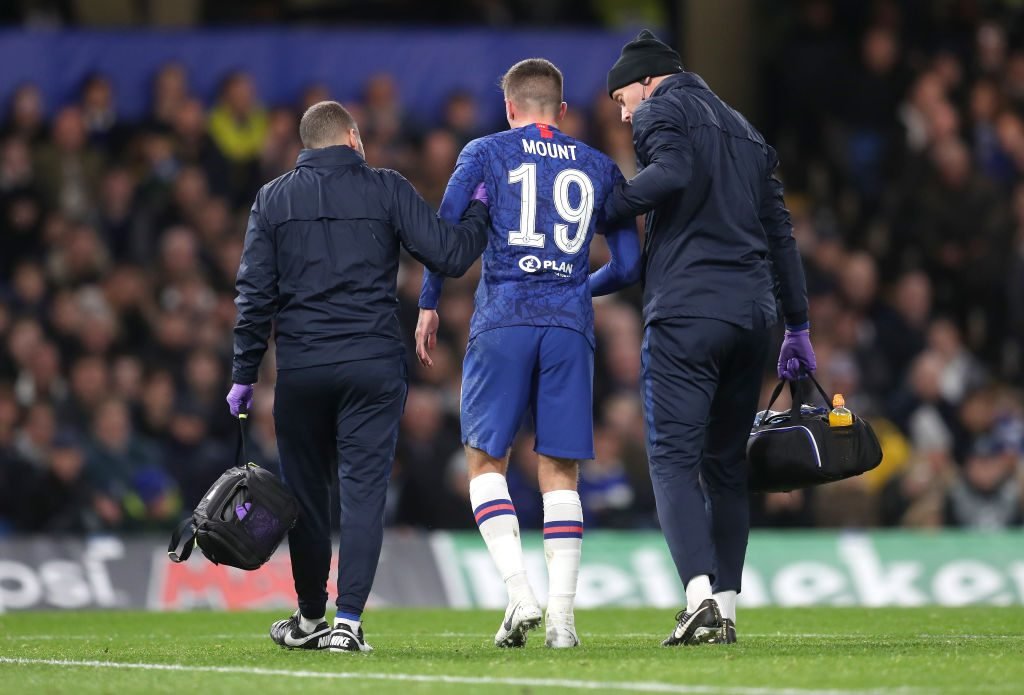 Mount was well off the pace for much of the game, showing little desire to track back whilst completing just 12 passes at a dismal success rate of just 50%. Lampard maintains that the injury which saw him withdrawn is only minor and he should hopefully return for this weekend’s match with Crystal Palace. 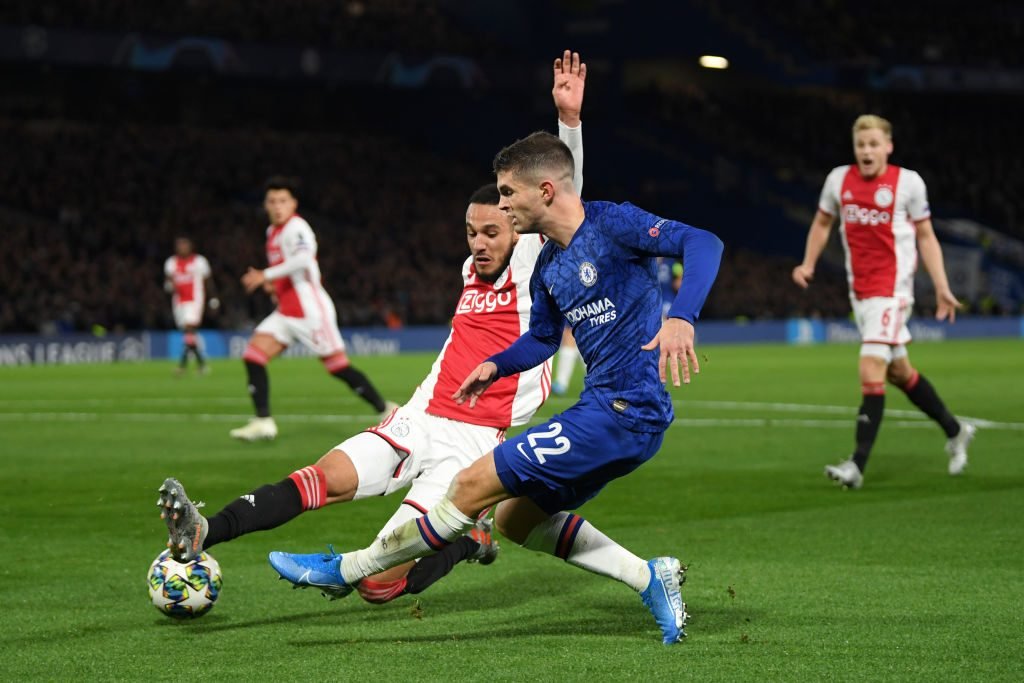 Despite not officially registering an assist he played a fundamental role in two of Chelsea’s goals on the night. He drew the foul for the first penalty keeping the ball close to his body before getting goal side of his marker. His cross-cum-shot then found it’s way to Azpilicueta at the back post.

He developed a clear understanding with James when he came on, alternating between making and picking out the overlapping runs into the area. All of Chelsea’s good work in the second-half came down the right-hand side. 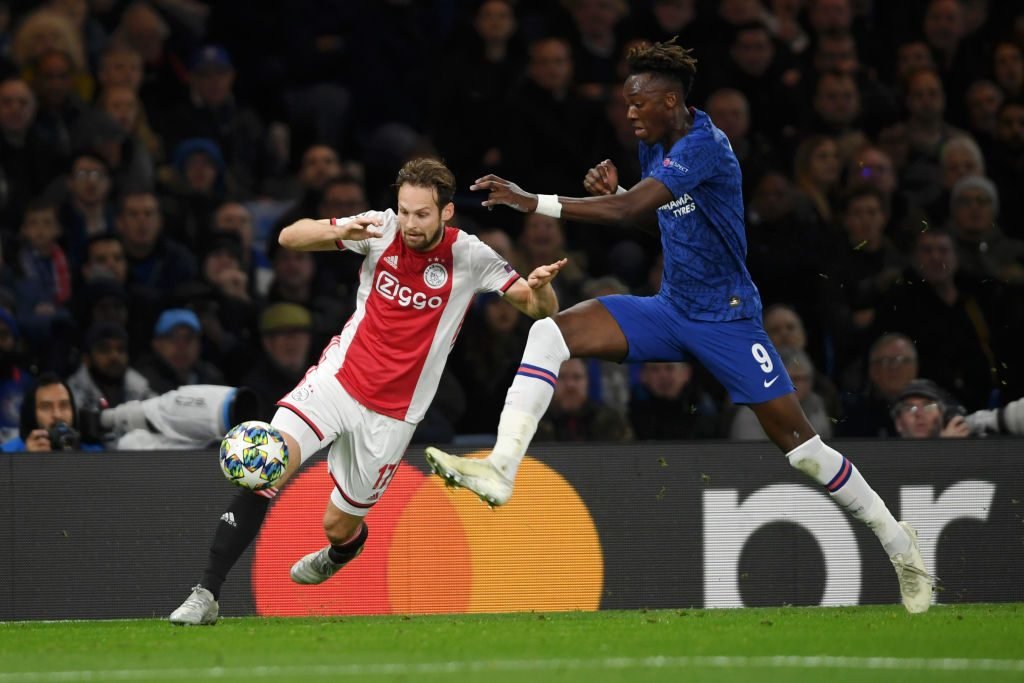 It seems harsh for me to say considering he got himself an assist but Abraham had possibly his worst display in a Chelsea shirt. A clumsy and destructive influence at the back, he deflected in the first goal before losing his man from a subsequent set-piece.

Going forward he wasn’t too much better either, drifting offside when played clean through by Kovacic, he then went on to find the target with just three of his eight attempts on goal alongside conceding the handball that led to Chelsea’s winning goal being ruled out. A great deal of bad fortune is evident also and this game is by no means a true portrayal of his ability, but at the end of the day, his interventions cost Chelsea three points. 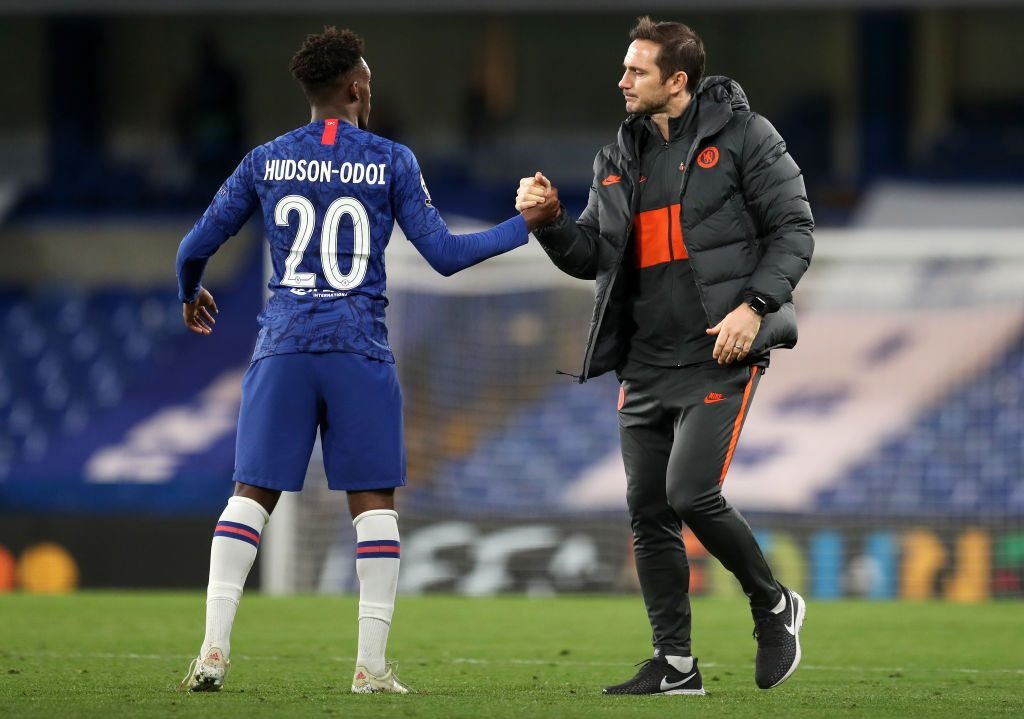 Reece James – 8, an outstanding display from the youngster who is now Chelsea’s youngest ever goalscorer in the Champions League. His energy and tenacity caused an overload on the right-hand side which Ajax struggled to deal with. These runs were not in vain either as James still possessed the quality to deliver dangerous balls into the 18-yard-box.

Callum Hudson-Odoi – 6.5, could’ve done more considering the way Ajax stepped off him as soon as he got the ball. Given all the time and space in the world, he was hesitant to beat his man and more decisive thinking in the final third may well have been the difference. Came close to scoring himself from outside the box as well as seeing his effort rewarded with a penalty for handball.

Michy Batshuayi – 6.5, whenever he comes on he always creates an opening for himself. Capitalising upon a tiring backline he spurned a great chance to score yet another late winner against Ajax.