Tottenham Hotspur have made an enquiry about Chelsea striker Olivier Giroud, according to reporter Fabrizio Romano.

The French striker has recently been linked with a move to Inter Milan, and earlier this month, Blues’ manager Frank Lampard admitted that Giroud could leave the club before the transfer window closes.

According to Romano, Chelsea are yet to be convinced that they should allow the 33-year-old to join Tottenham, but it looks like Spurs are showing an interest in a possible transfer, with Gianluca Di Marzio claiming that they have offered Giroud an 18-month contract after Inter Milan told him to wait until the summer before completing a move to the San Siro.

Chelsea are currently sat in fourth place in the Premier League table , whilst Spurs are in sixth place, just six points behind the Blues.

With Leicester having a 14 point advantage over fifth-placed Manchester United, it looks like, barring a huge collapse from the Foxes, that the battle for the league’s final Champions League spot will involve Chelsea, Man United, Tottenham and Wolves, with the victor joining Liverpool, Man City and Leicester in Europe’s elite club competition next season.

Therefore, we would be very disappointed if Chelsea sold Giroud to Tottenham this month as they’d potentially be helping one of the Blues’ biggest rivals for a top four finish.

Having lost Harry Kane to a ‘serious’ hamstring injury, Jose Mourinho has already been forced to rejig his attacking options and it would be odd, in our opinion, for Chelsea to potentially help Mourinho out by selling him a striker who he could use in the race for the top four. 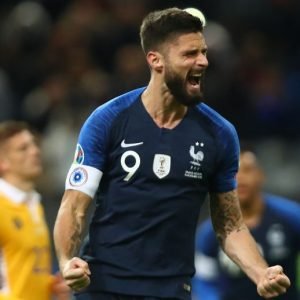 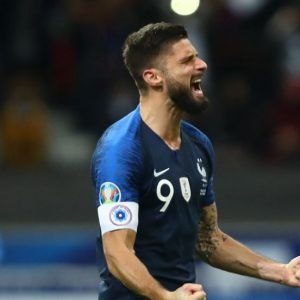