Many Chelsea fans have hailed Eden Hazard after an image of the forward wearing club-branded shinpads emerged online.

It wouldn’t be that big of a deal, however, Hazard was wearing the shinpads underneath his socks whilst playing for Real Madrid.

The 29-year-old completed a move to Spain for a fee that could exceed £150million last summer, leaving Chelsea after seven years at the club.

It hasn’t been smooth sailing for Hazard in Madrid so far though, with his stint marred by constant injury problems.

He’s started just nine La Liga games in his inaugural season at the Bernabeu, scoring just one goal and providing a sole assist.

The Blues could do with Hazard at the club right now, as Tammy Abraham (13) is the only player to score more than five Premier League goals this season.

The Belgium international contributed to 202 goals in 352 appearances for Chelsea and Frank Lampard is probably missing that world-class threat this season.

After an eagle-eyed photographer spotted Hazard’s choice of shin protection, it unsurprisingly led to many supporters publicising their admiration.

Do you think Hazard will succeed at Real Madrid? 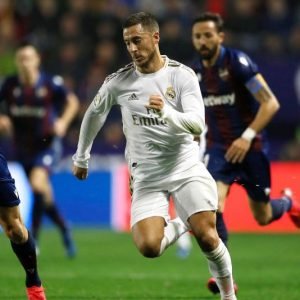 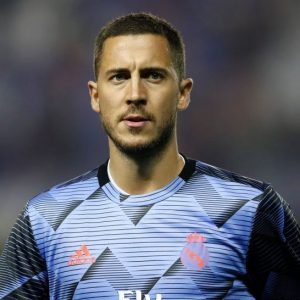