Chelsea forward Willian has been offered to Manchester United, according to the Express.

The 31-year-old Brazilian is yet to extend his contract with Chelsea, so he will soon become a free agent.

United are seemingly looking to bolster their current attack, having been heavily linked with £100 million-rated Borussia Dortmund and England winger Jadon Sancho throughout these past few months.

Sancho is one of the hottest young talents around and is quite rightly highly regarded by football fans all over the world.

The same Sane be said of these five footballing prodigies, all of whom have begun to make a name for themselves at a relatively young age. Perhaps one of these could be a target for Chelsea if Willian does leave the club, as is seemingly expected at this point.

Willian could be an alternative option for the Red Devils who are the latest club to be linked with him following interest from Arsenal and Tottenham.

This isn’t the first time Willian has been linked away from Stamford Bridge, especially to Tottenham, but it seems this time, a move will be completed.

Regarding the contract situations with certain players at the club, Lampard said:

I would have sympathy with the player to make the decision they need. If we try to extend the players then we want them to stay, we have conversations going on. We want to finish the season with the players we started with.

Both Willian and Pedro look set to leave, especially with Timo Werner and Hakim Ziyech arriving in the summer and Pulisic and Hudson-Odoi in the squad.

YouTube: Every Willian Goal For Chelsea! | Ultimate Skills, Tricks & Free-Kicks from the Brazilian

Willian is heading towards the twilight of his career and isn’t the type of player that Ole Gunner Solskjaer seems to be interested in moving forward for United.

However, the Red Devils have missed out on a fair few potential signings in the past few transfer windows and if the same were to happen with Sancho, then bringing in Willian may work as a temporary solution.

The Brazilian has divided opinion at Chelsea at times, but he has had a successful career at the Bridge, winning multiple trophies and scoring 59 goals in 330 games.

He also won Chelsea’s  Player of the Year award in 2015/16 and is still more than capable of doing a job at whatever club he ends up joining, whether it be United, Spurs or someone else.

Willian, like Pedro, has signed a short-term deal at Stamford Bridge and will play out the remaining games of the delayed season, which is very noble of him, given that some players at other clubs, such as Bournemouth’s Ryan Fraser, have decided not to do that.

Whilst his performance levels may have dipped up and down at times, there’s no doubt that the Brazilian has always given his all for The Blues and this latest act is just one more example of how much respect he has for his current employers.

Would you want Willian to stay? 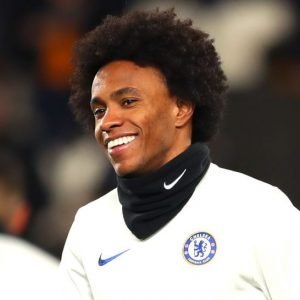 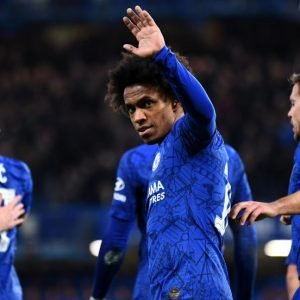