Chelsea’s chances of a top-four finish took a damaging hit as Andriy Yarmolenko’s late strike ensured relegation-threatened West Ham completed a league double over their London rivals for the first time since 2002/03.

It was a tale of two Antonio’s at the London Stadium, as Antonio Rudiger struggled to get to grips with the physical hold up play of West Ham’s forward Michael Antonio in a battle that underpinned Chelsea’s defensive brittleness.

For much of the first half, these claims looked farfetched as Andreas Christensen dealt well with Antonio’s runs in behind, sweeping up possession and in the whole, ensuring Chelsea consolidated their presence on the ball.

Willian’s penalty then gave The Blues a rather fortuitous lead, as moments earlier, West Ham had seen Tomas Souceck’s finish ruled out for offside.

Whilst the spot-kick was rightfully awarded, it was only the intervention of VAR that had covered up for The Blues’s lack of organisation from set-pieces and on the stroke of half time, they were punished as Soucek once again broke free, this time to head home the equalising goal.

West Ham pushed ahead for a second goal after half time, and they found it through Antonio, the forward tapping home Jarrod Bowen’s cross. A driving run from Pulisic may have allowed Willian to curl in a sumptuous free-kick to draw the sides level once more but just as Chelsea began to regain control of the game, a swift counter-attack led to Yarmolenko picking out the bottom corner with a well placed left-foot finish.

Here’s how we rated Chelsea’s players after the game. 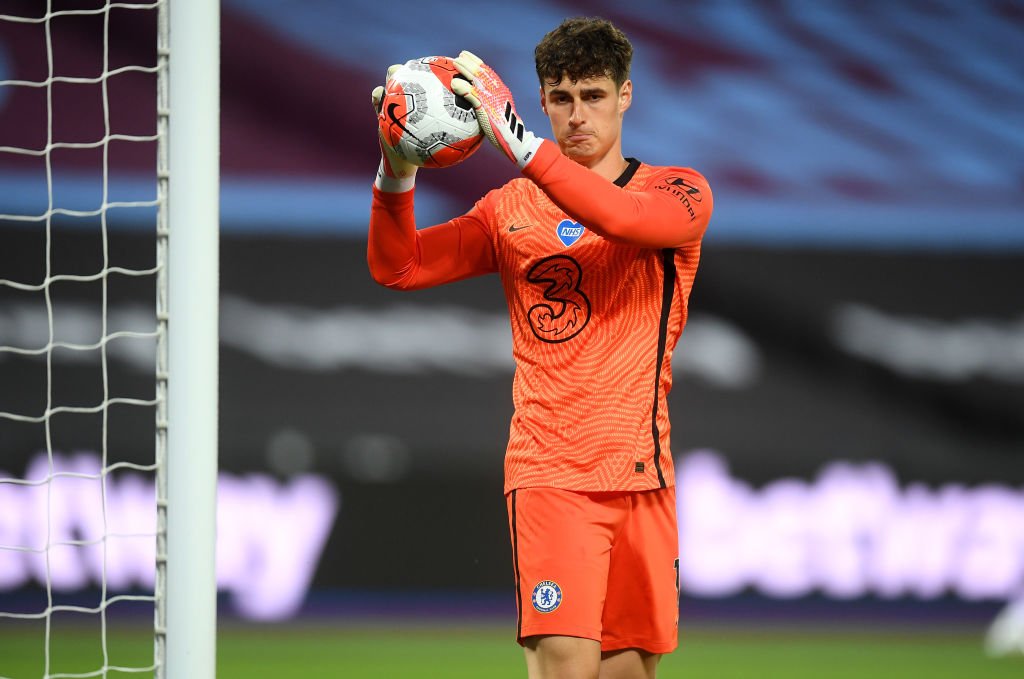 Whilst a good deal of blame can be attributed to his teammates, Kepa’s indecisiveness when coming to claim the ball was certainly a factor in Chelsea conceding their first goal of the evening. He wasn’t asked to perform any particular heroics as West Ham’s goals were products of isolated mistakes rather than consistent pressure and patterns of play. 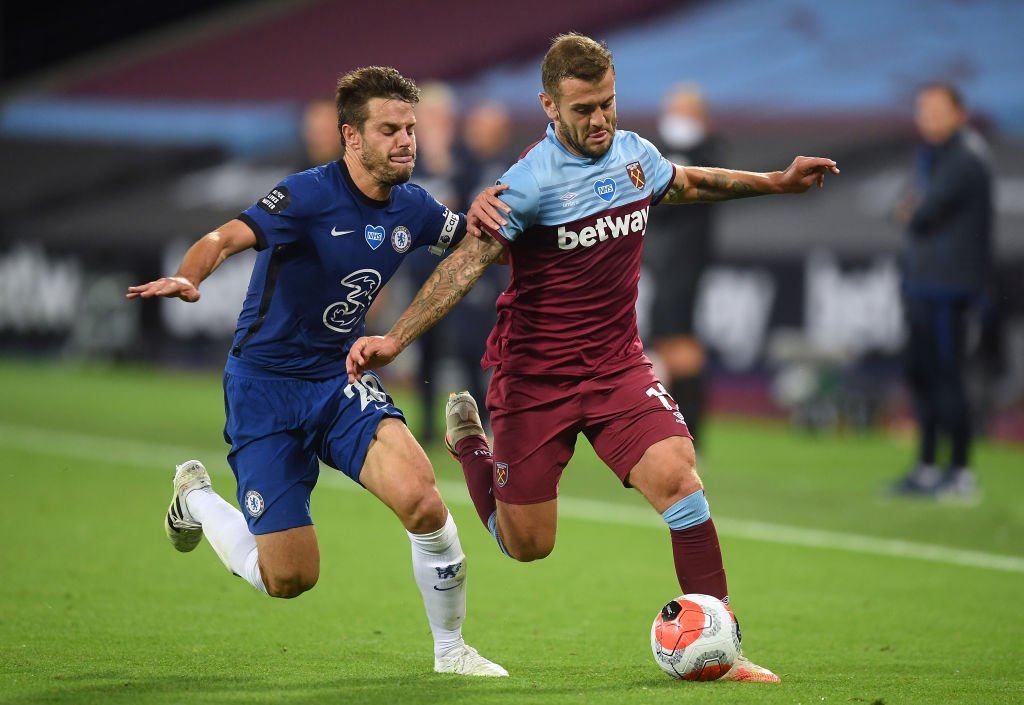 Why he was tasked with marking the tallest player on the pitch despite the presence of both Rudiger and Tammy Abraham is remarkable. Soucek’s initial goal, which was ruled out by VAR, should’ve been warning enough for The Blues. Despite Chelsea enjoying plenty of possession, Azpilicueta lacked a consistent threat from out wide. 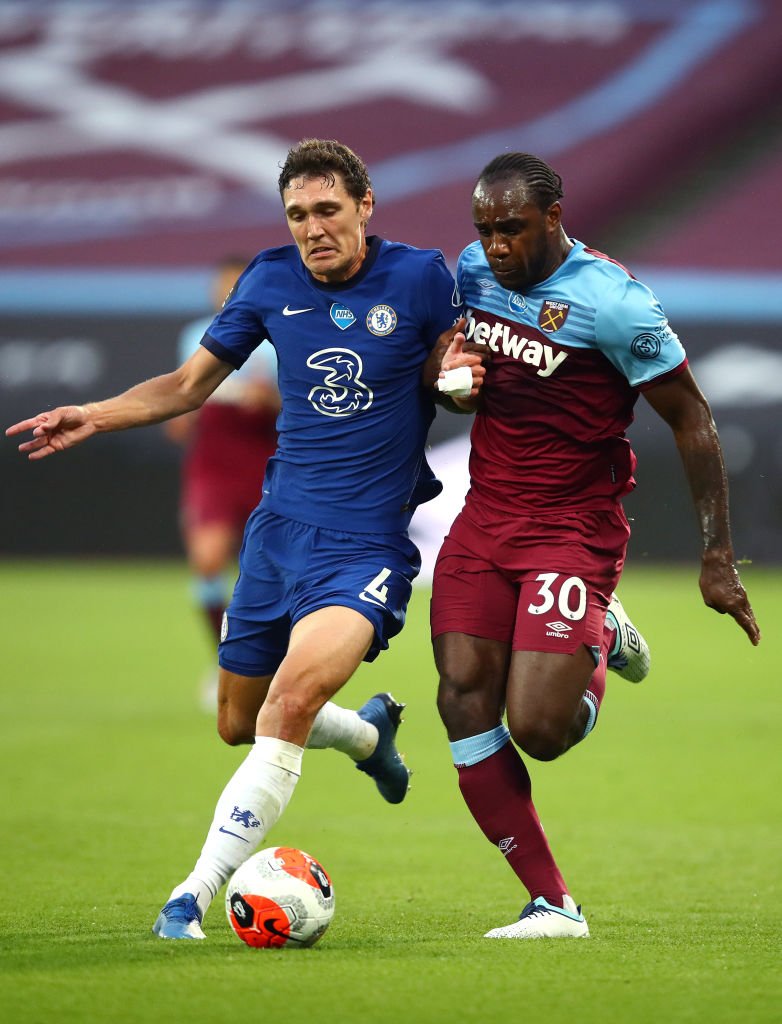 Showed an awful lot of promise in the first-half, marshalling Antonio into the channels and calmly reclaiming possession. But for one critical lapse in concentration when he caught ball watching for the second goal, Christensen would have few complaints about his performance. Ultimately though, his lack of concentration continues to let him down. 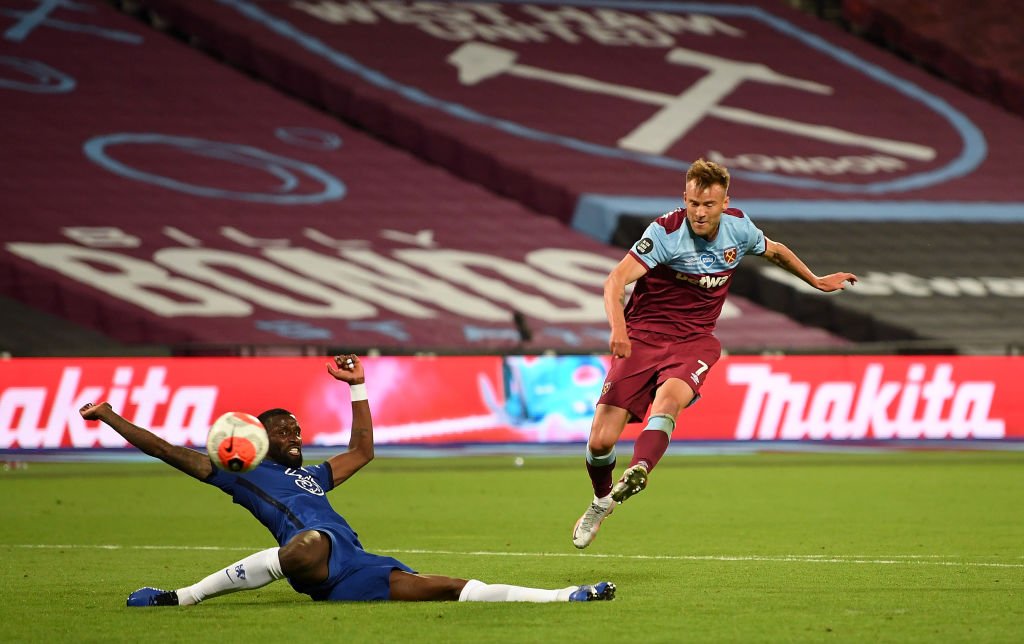 A performance that could be likened to that of David Luiz’s for Arsenal against Manchester City. For a player as experienced as Rudiger, he should know when to engage the ball and when to drop off. Instead, he allowed Antonio to dictate where he wanted him to go. Unable to organise zonal marking from corners, he was then left stranded as Soucek nodded in the equaliser. Finally, the most damning part of a horrendous personal display came when he failed to prevent Yarmolenko from cutting in on his stronger left foot before the Ukrainian curled home the winning goal. 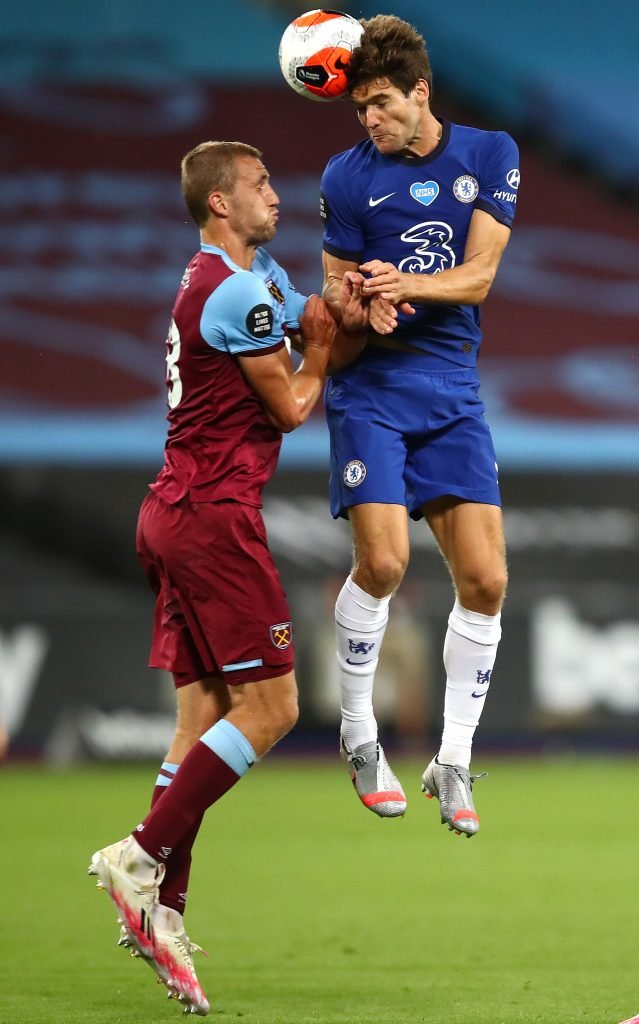 Like Christensen, it appeared that Alonso had turned a corner since the restart. The Spaniard had shown great discipline in the win over Manchester City, whilst his attacking threat was still as prevalent as ever. This game, however, was a reminder that old habits die hard. As Chelsea pushed on for the winning goal, Alonso began to lose sight of his defensive responsibilities and Yarmolenko’s late burst came as a result of the space that the left-back had vacated. 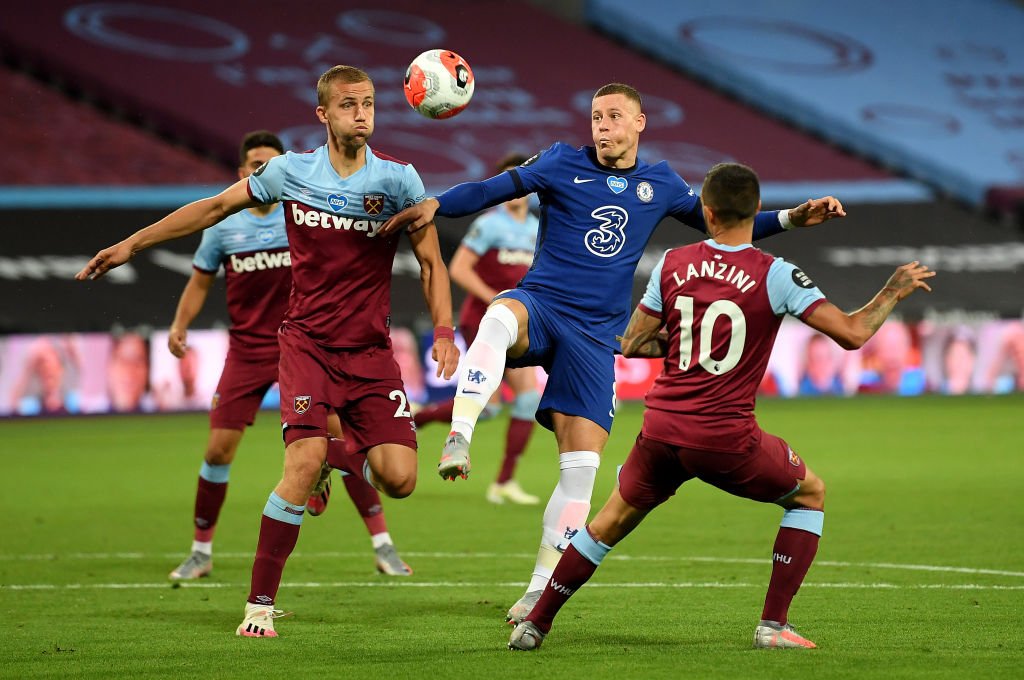 Always appeared on the periphery of the game, shuffling possession into areas of little consequence and rarely looking to initiate attacks. With the runs in behind that caused so many problems against the Likes of Aston Villa and Leicester few and far between, his lack of consistency will always be a drawback when assessing his future at the club. 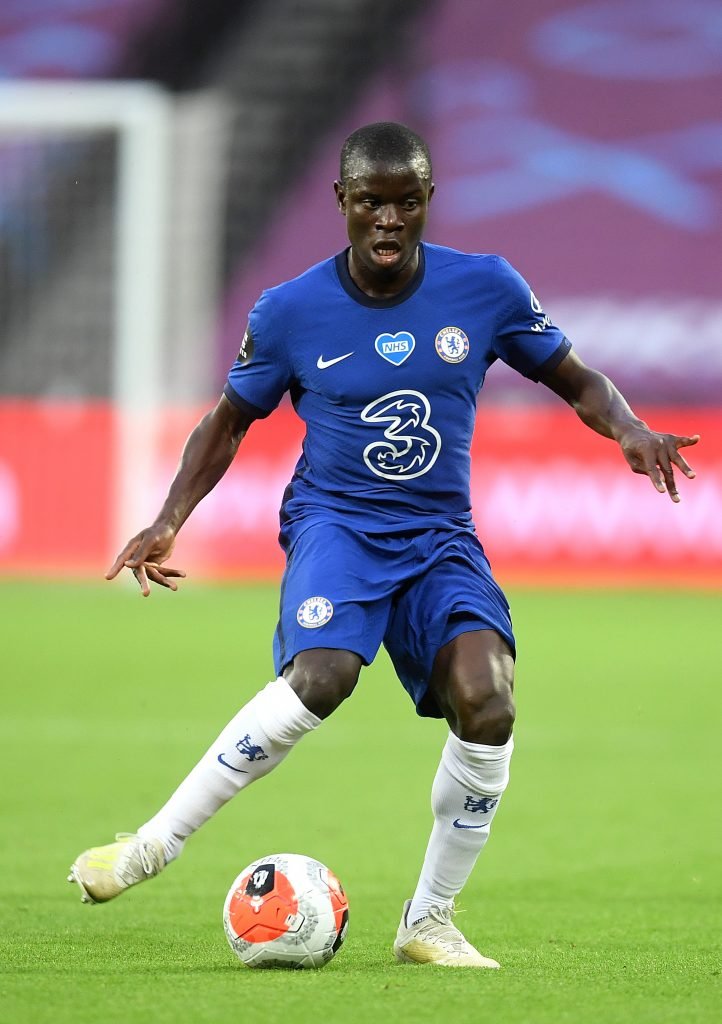 Looked exposed on the counter as the Frenchman was tasked with plugging the holes left by his teammates. Tonight’s performance was testament to the argument that Kante has performed best as the more advanced member of a double pivot. He was overrun in the middle of the park and left isolated by Lampard’s use of two attacking eights towards the end of the game. 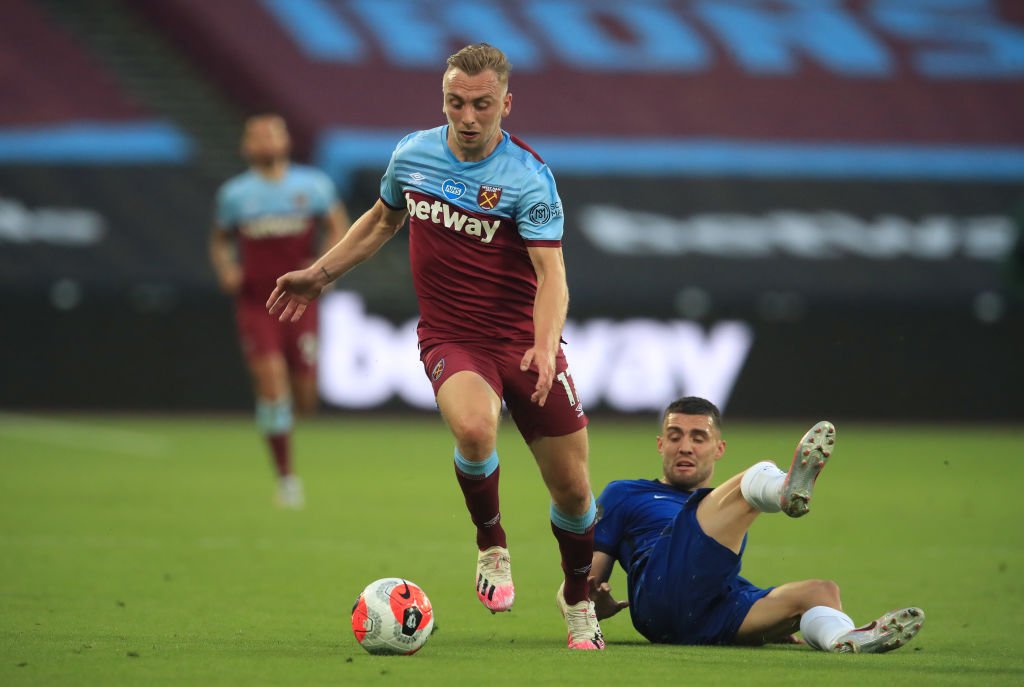 Struck up an effective partnership with Pulisic, but whilst the American looked to drive from deep, Kovacic tended to sit back and react to the break down of the ball rather than attempting to get beyond the last line of defence and offer Pulisic another option on the ball. 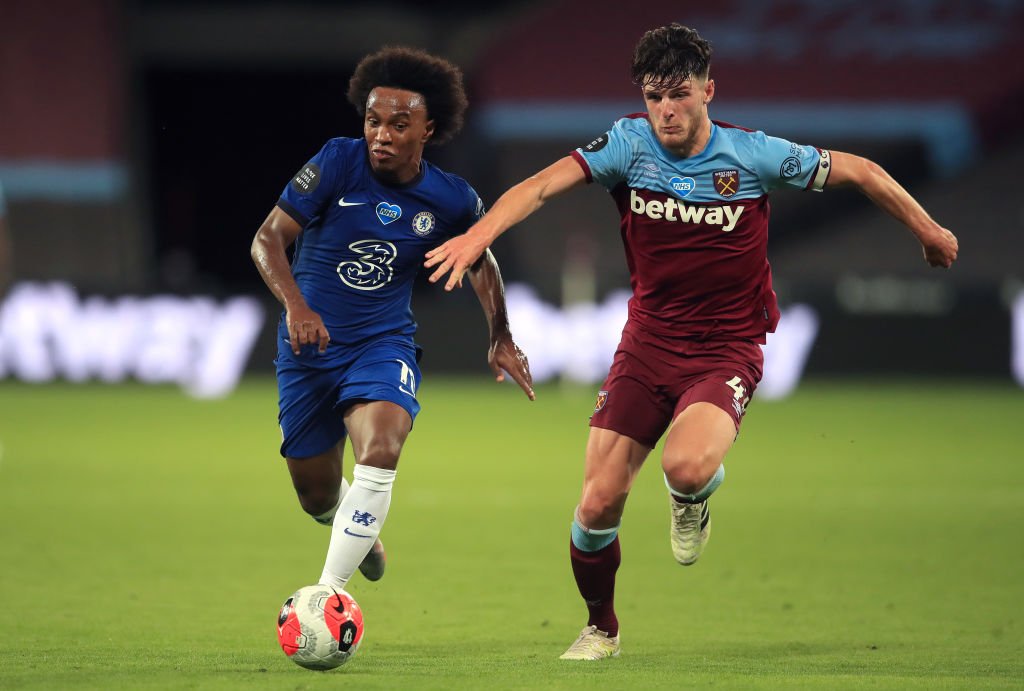 His influence on the game wasn’t as apparent as his two-goal haul would suggest. Despite showing superb composure and technique in scoring both of Chelsea’s goals, the Brazilian failed to apply these traits when in open play and as such, The Blues struggled to create clear cut openings. 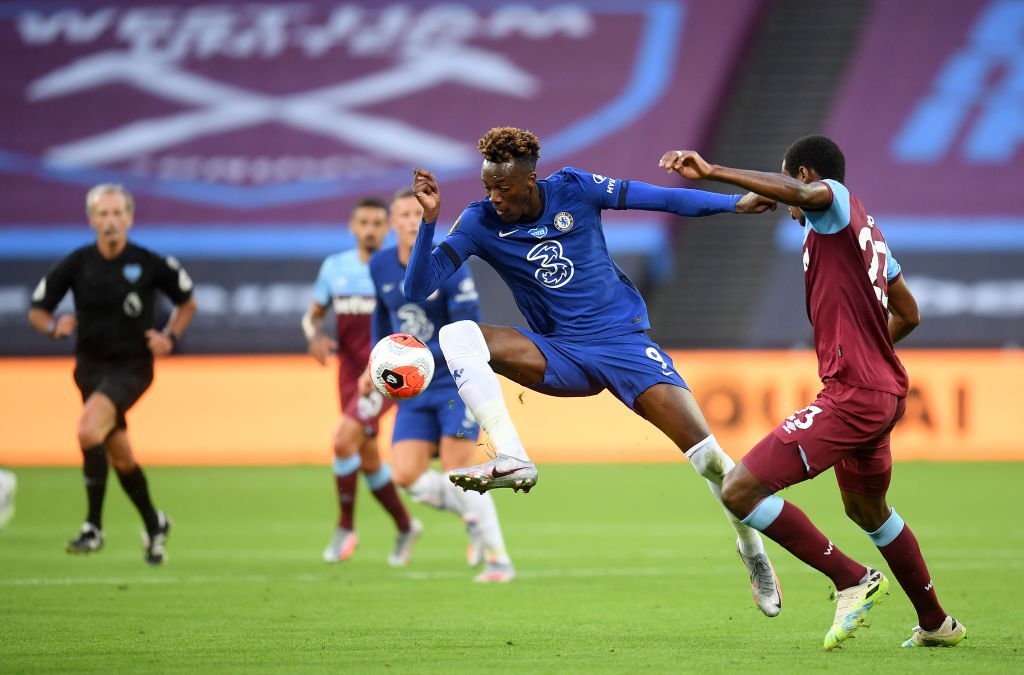 Where as Antonio dominated the opposition defence with his strong hold up play, Abraham struggled to get West Ham’s centre halves running back towards their own goal. Partially a consequence of Chelsea’s ponderous build up play, but also a direct result of Abraham’s poor movement off the ball, Issa Diop and Angelo Ogbonna were able to hold a rigid defensive line. Should also have done better when attempting to clear Soucek’s header off the line. 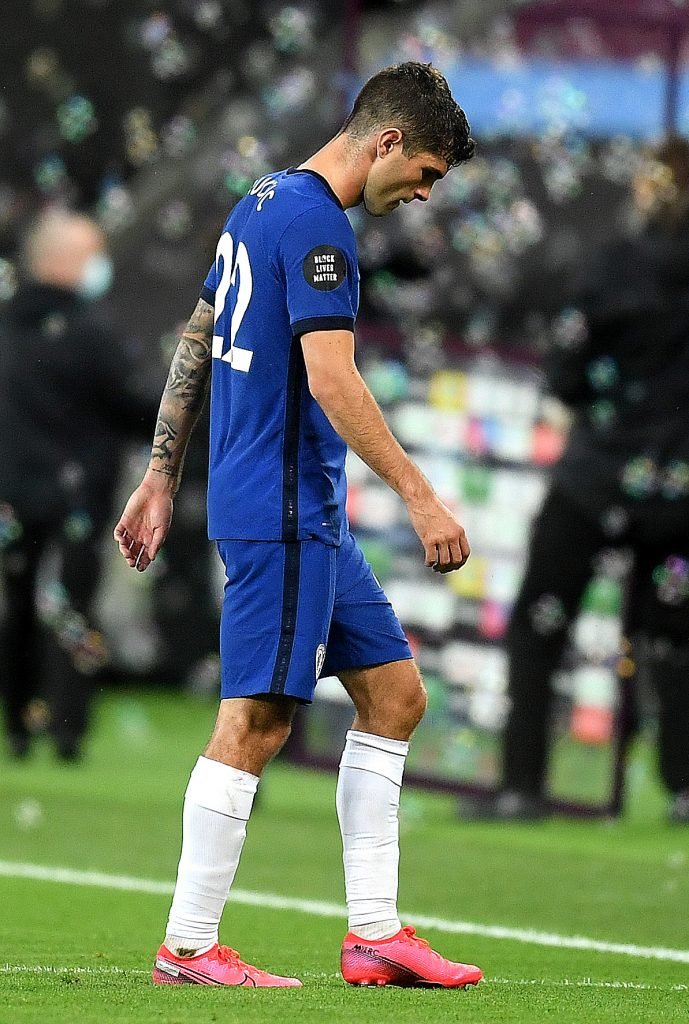 Once again, he was Chelsea’s brightest player. Pulisic looked a threat whenever he got on the ball. It seems unjust that the Premier League don’t award assists for fouls that directly lead to goals, as both of Chelsea’s strikes came as a result of Pulisic’s jinking runs. On any other day, he would have found himself on the scoresheet with a couple of strikes that fell agonisingly short of the inside of the post. 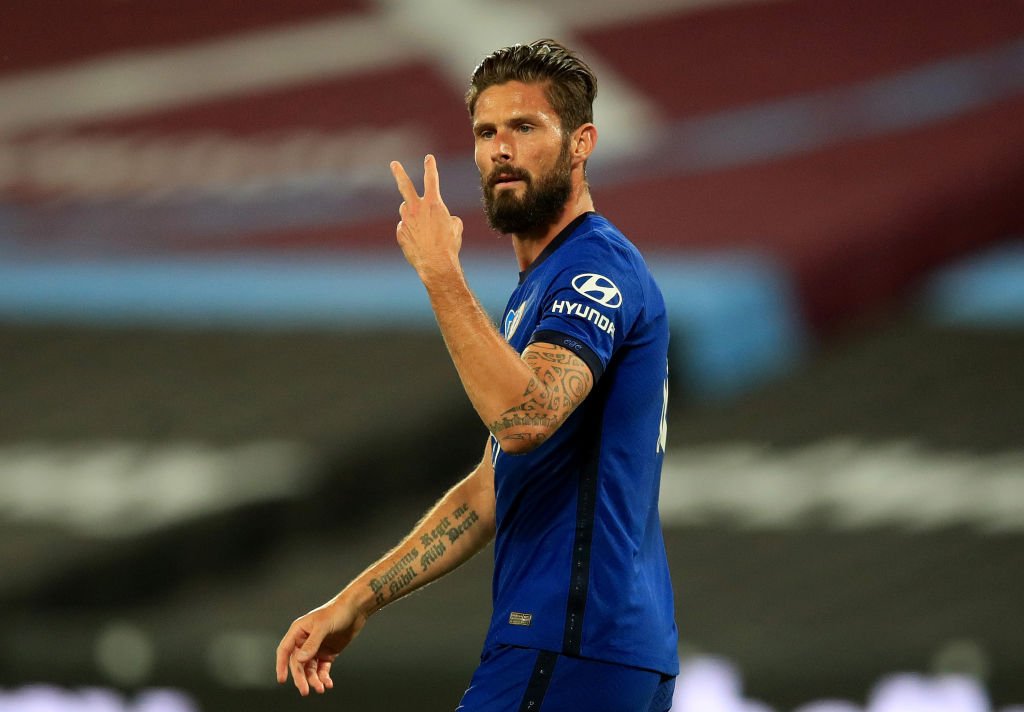 Mason Mount – 6: Added some incision and pace to Chelsea’s build-up play without ever finding the end product.

Ruben Loftus-Cheek – 6: Did more in 30 minutes as a number eight than he ever did on the left-wing. A promising cameo from the Englishman as he looked to move the ball with purpose. 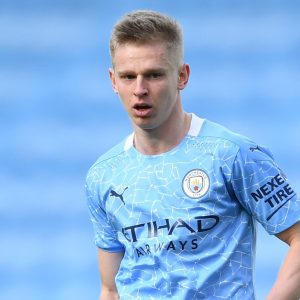 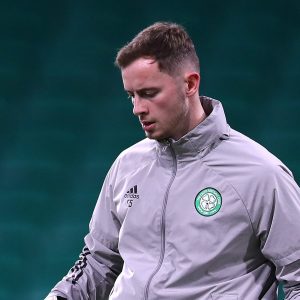 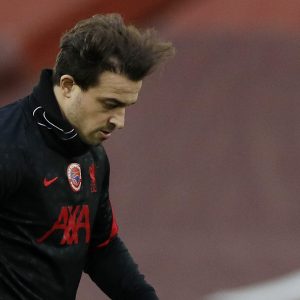 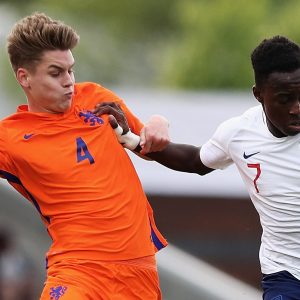 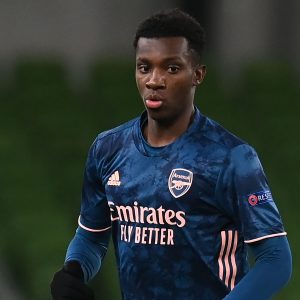 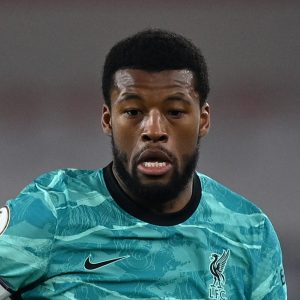