Chelsea secured Champions League football next season courtesy of two goals in first-half stoppage time against a toothless Wolves side, who themselves missed out on European football next year.

Frank Lampard’s side came into the game knowing that just a point would be enough to secure a top-four finish but a frustrating first 45 minutes appeared to leave Chelsea’s prospects firmly in the balance.

This was until Mason Mount struck home a delightful free-kick from the edge of the area after Pedro Neto had been wrongly adjudged to have fouled Marcos Alonso. Remarkably, The Blues managed to score again before the break as Olivier Giroud outmuscled Connor Coady to steer the ball into an empty net.

Wolves, knowing that Tottenham were in a position to leapfrog them into the final Europa League spot, came out and tried to force the objective but even the pace of Adama Traore did little to unnerve Chelsea’s defence.

It ended up being a comfortable afternoon for The Blues as they were even able to bid farewell to Pedro, who has agreed to join Roma at the end of his contract.

Here’s how we rated the Chelsea players after the game. 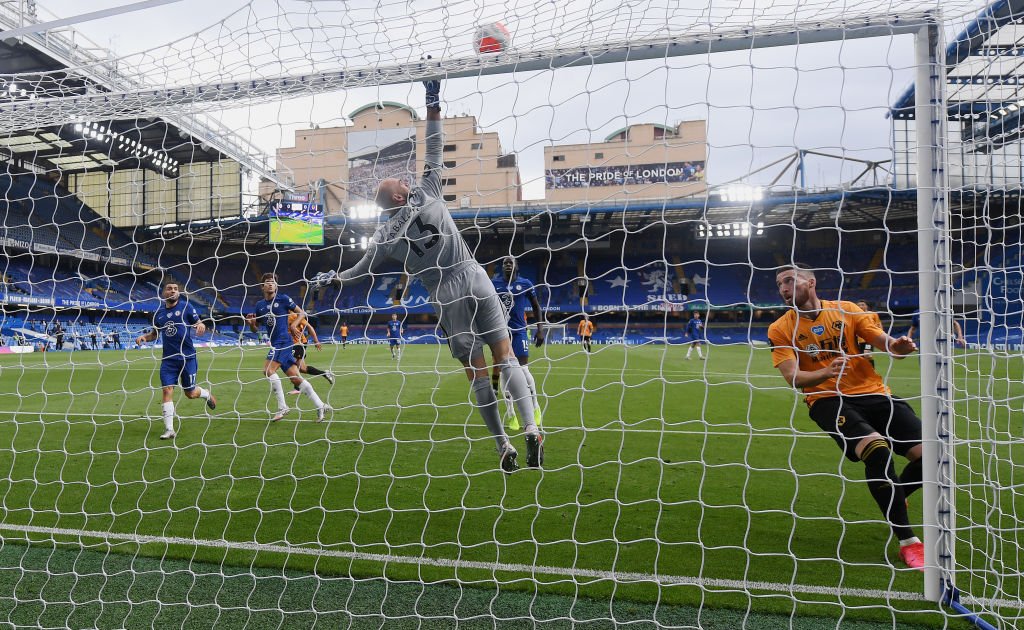 Lampard made a statement of intent by starting the veteran keeper, and he was vindicated in his decision. Caballero did well to claw away Neto’s cross when it appeared to be dropping under the crossbar. Only time will tell what this means for the future of Kepa Arrizabalaga. 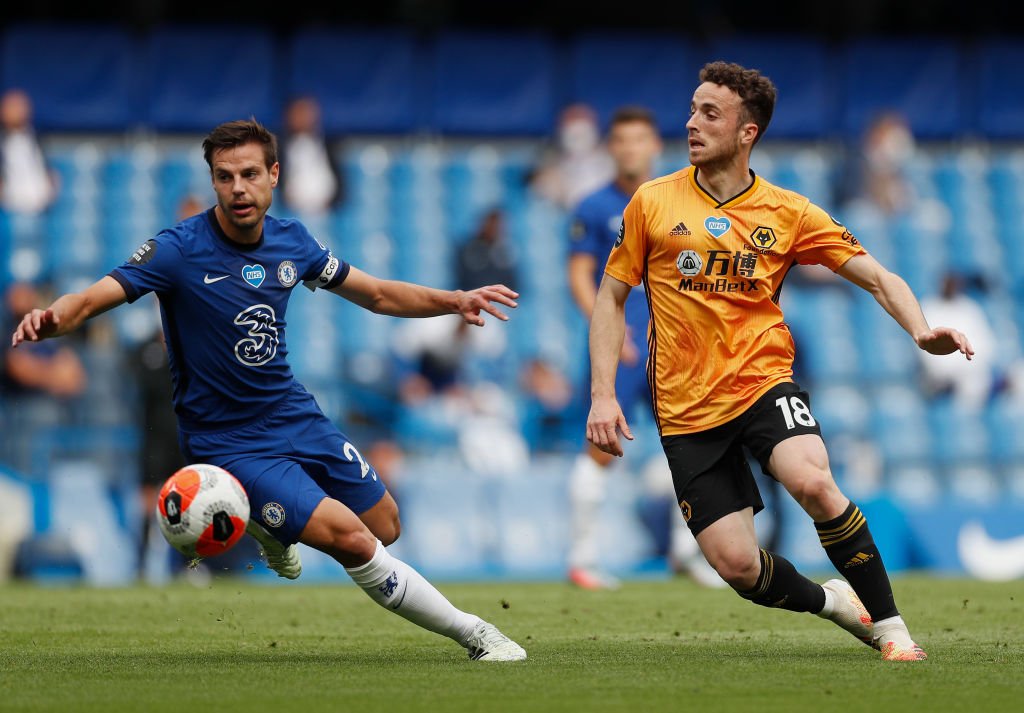 Aside from picking up his first booking of the season late on in the game, Azpilicueta did excellently to control the marauding runs of Diego Jota. 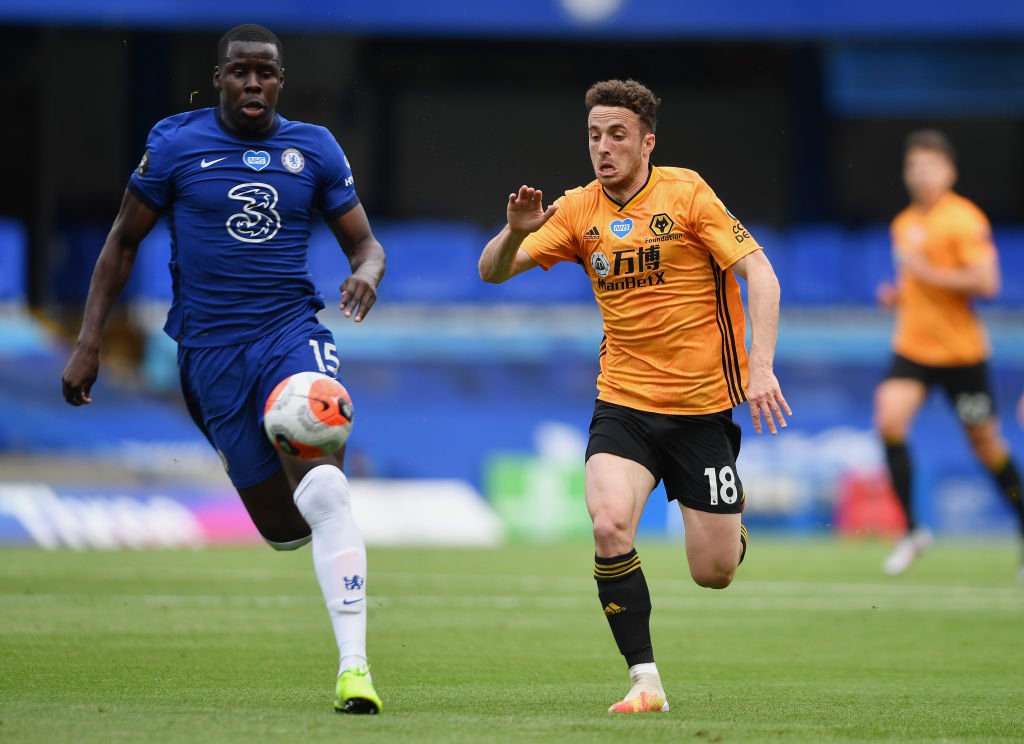 A superb display from the Frenchman, who may have just cemented his place in Lampard’s plans for next season. Zouma’s recovery runs were crucial to nullifying Wolves’ threat in behind. Aggressive and composed, he embodied everything you want from a centre-half. 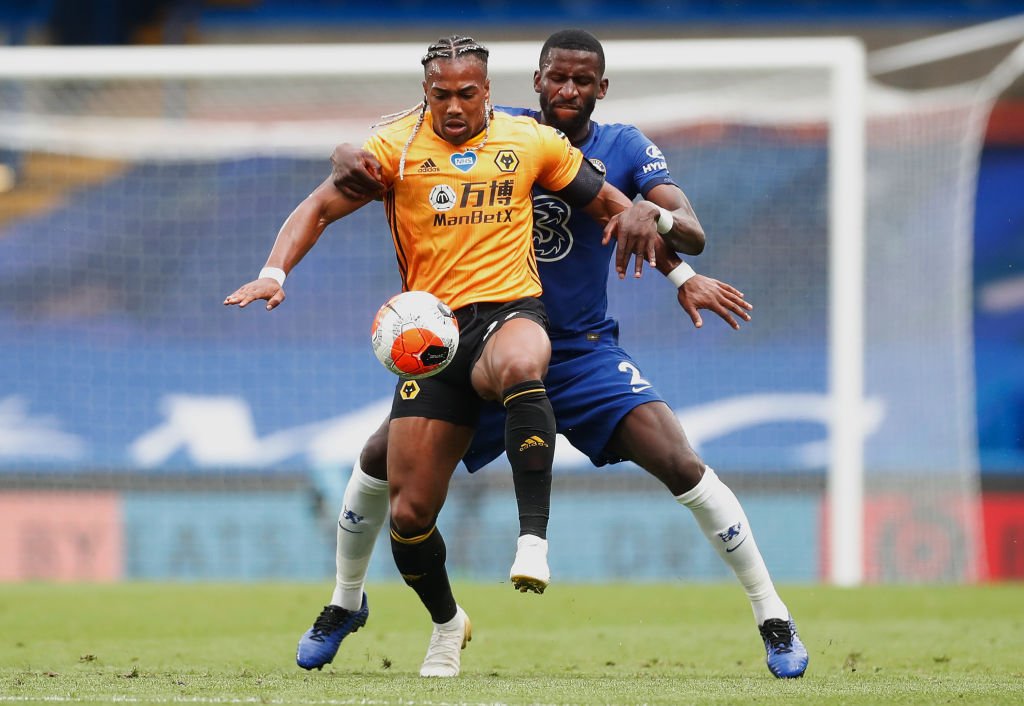 Looked to break out of the press in the second half and add some much-needed pace to Chelsea’s build-up play. Defensively, he was rarely troubled and contained the threat of Matt Docherty after half-time. 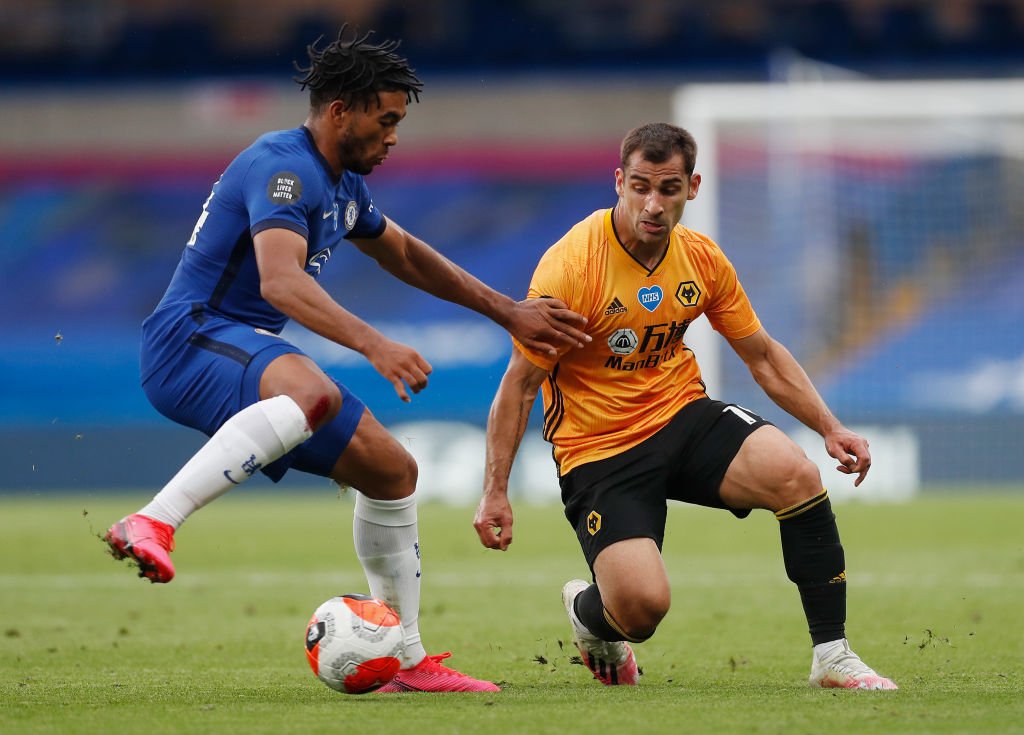 Didn’t look as comfortable when offering the overlap, and Lampard would’ve been wise to revert back to the same patterns of play James and Azpilicueta used against Manchester United. He was, however, sharp in the tackle, completing five whilst only committing one foul. 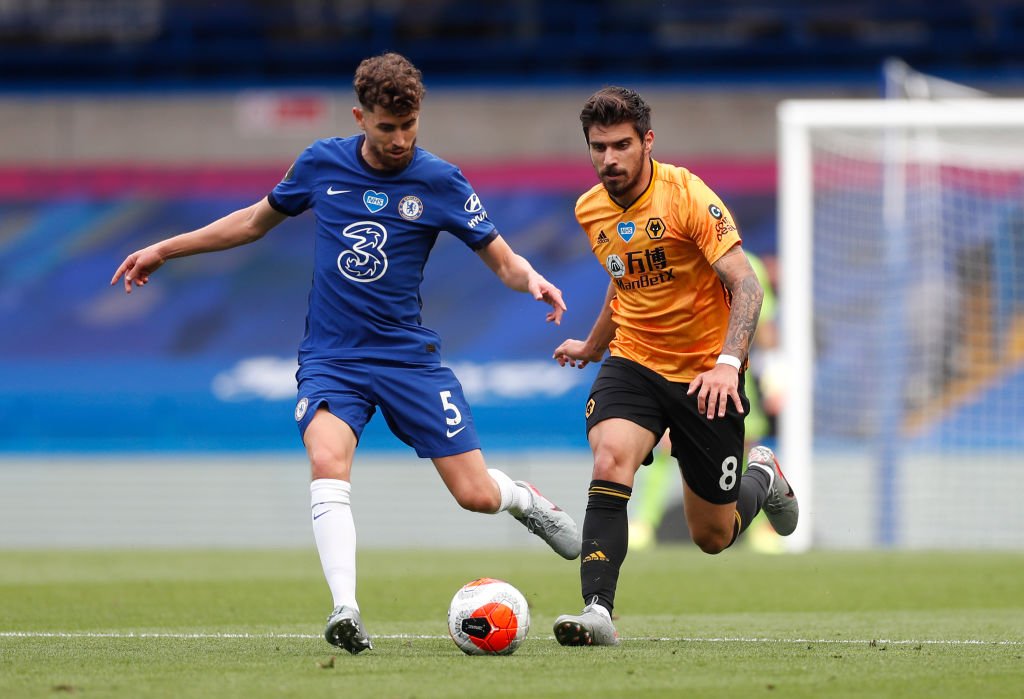 Saw plenty of the ball without doing much to actually influence the tempo of the game. Jorginho’s place within the side is certainly under threat. 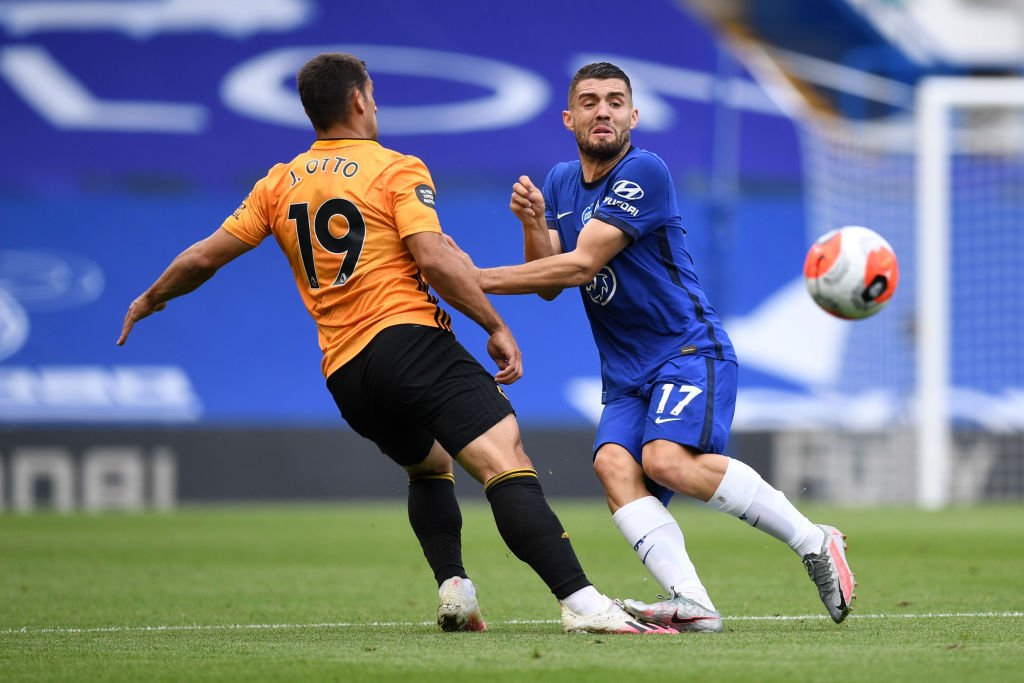 After a rather inconsistent run following the restart, Kovacic showed everyone why he’s still favourite to win the club’s player of the year award. Tenacious in the tackle, his willingness to track back and win possession was the trigger behind many of Chelsea’s forrays forward. The Croatian made the most tackles (6, joint with Willy Boly) and completed the most dribbles (3) of any player on the pitch, both of which are symptomatic of his combative style of play. 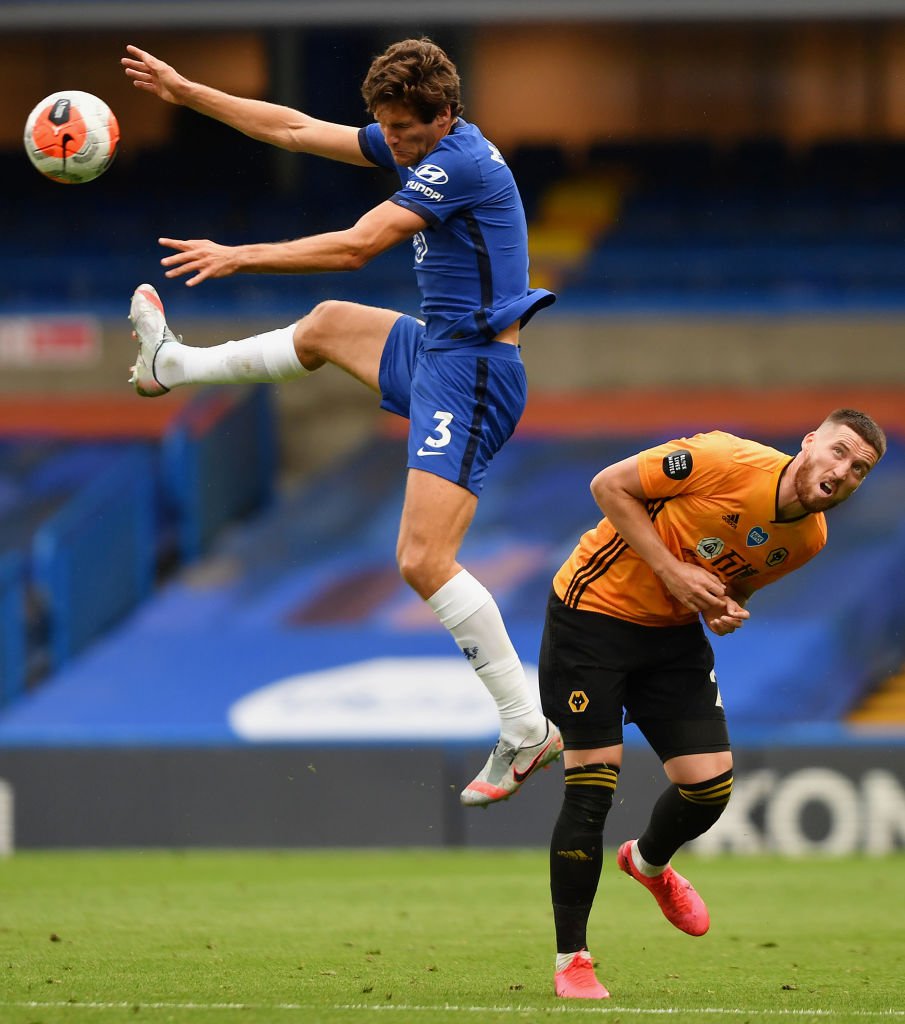 Ole Gunnar Solskjaer bemoaned Chelsea’s new-found aggression earlier this week, but Alonso was in no position to back down from the challenge. He proactively engaged the ball, closing down the space in behind and allowing Chelsea to push out of their defensive shape. 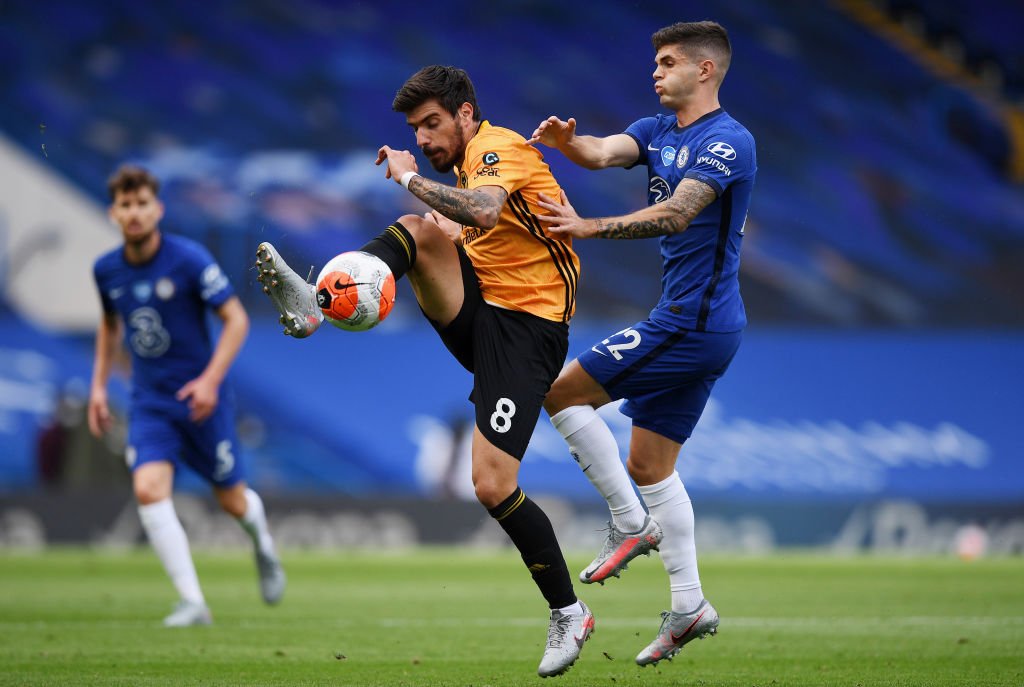 Wolves doubled up on the American and for the most part, it worked very well. Pulisic struggled to get on the ball, although his driving run did lead to Chelsea’s second goal. 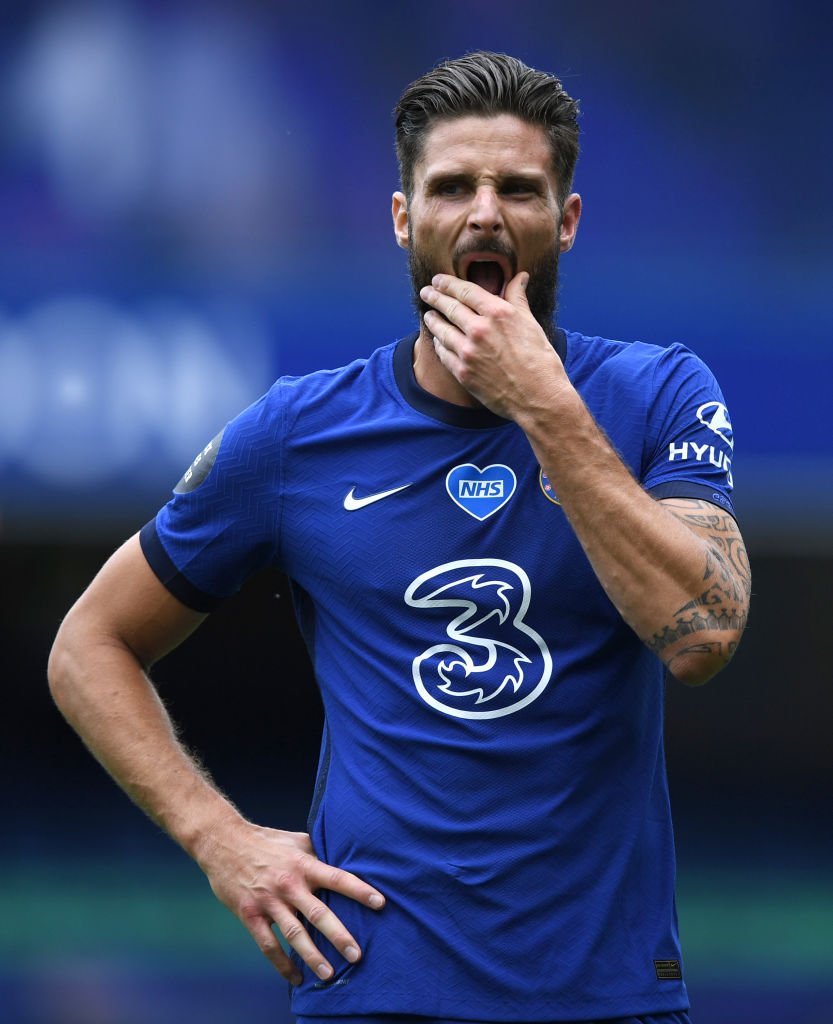 Giroud showed incredible strength and determination to bully Coady off the ball and fire in his fifth goal in as many games – becoming the oldest player to score in five consecutive games (33-years-old). The fact he was deemed surplus to requirements in January seems almost laughable now! 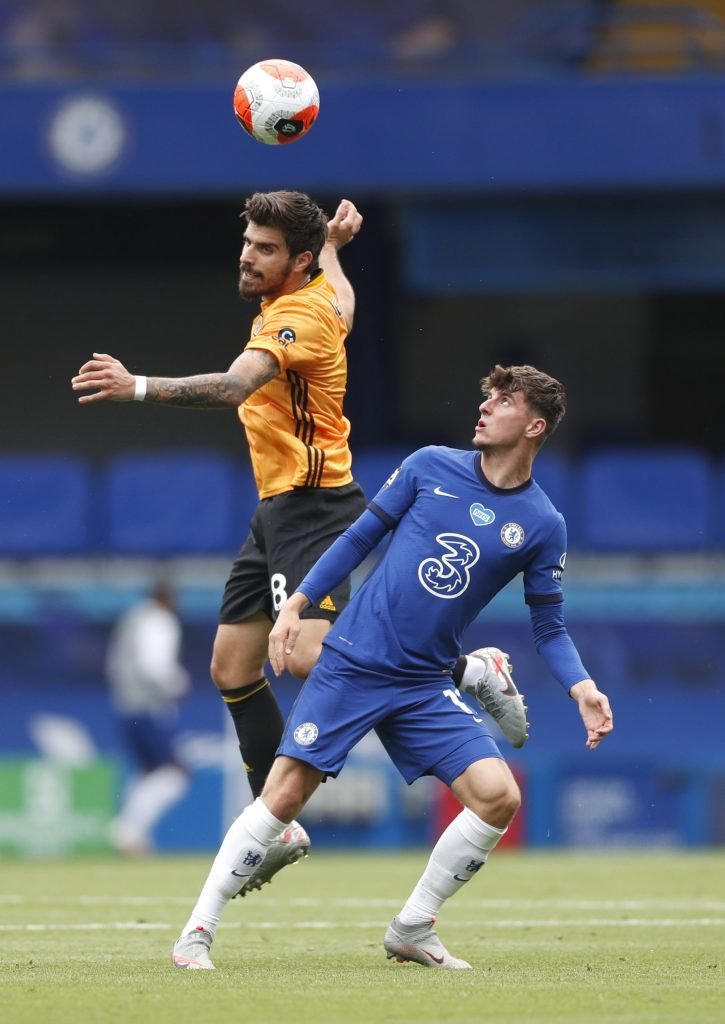 A man of the match display from the youngster. Mount has had his critics, with many saying he doesn’t offer enough end product, but he disproved his doubters in style, firstly by bending a free-kick past the despairing Rui Patricio before playing Giroud through for Chelsea’s second goal just moments later. 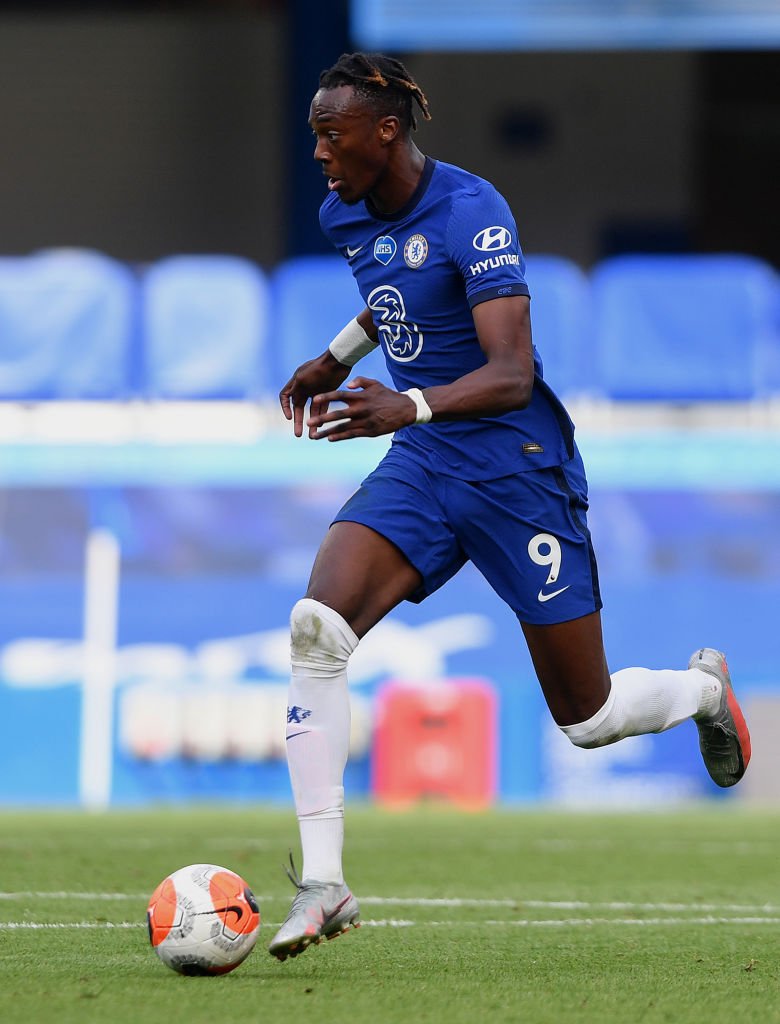 Callum Hudson-Odoi – 6: Didn’t quite make the same impact as he did against Liverpool. With Chelsea more concerned with retaining possession, Hudson-Odoi was often left short of options when looking to burst forward.

Tammy Abraham – 6: He was loose in possession and lacked the awareness to pick out the run of Pedro when Chelsea broke late on.

Ruben Loftus-Cheek – N/A: Took only eight touches after coming on.

Pedro – N/A: Despite being unable to say goodbye to a packed Stamford Bridge, his cameo was a nice touch for a player who has been so integral to Chelsea’s recent success.

Ross Barkley – N/A: Came on with just three minutes to play in what may turn out to be his last performance in a Chelsea shirt. 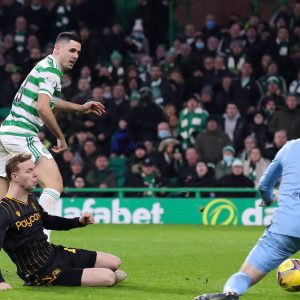 Opinion: The numbers behind Celtic star’s revival under manager 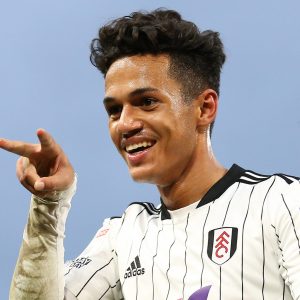 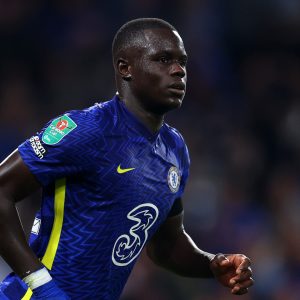 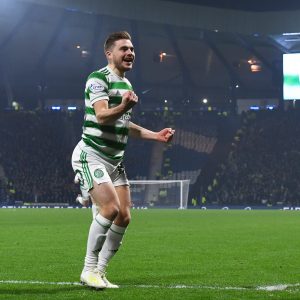 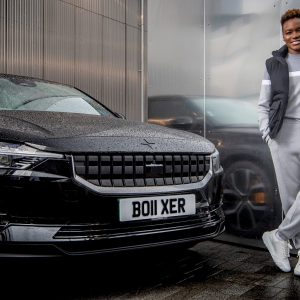 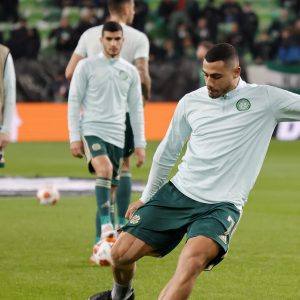 Opinion: Time for Celtic star to be given first start since October