Inter Milan are reportedly in the market for a midfielder and have been credited with an interest in Chelsea lynchpin N’Golo Kante according to a report from Italian publication Calciomercato.

Former Blues manager Antonio Conte is thought to have singled out Kante for a reunion in Italy at the San Siro, having failed in an attempt to sign Arsenal midfielder Granit Xhaka.

Conte was at the helm at Stamford Bridge when Kante arrived from Leicester City in 2016 and the Frenchman has since become an integral part of the first team, appearing in every Premier League game this season.

The report now believes Conte is desperate to sign the tireless midfielder once again and his current employers are in ‘deep talks’ with the player’s representatives in order to see whether a deal can be done.

Kante, a World Cup winner with France, has a hefty market value of £63m according to Transfermarkt, and it is likely the Blues would demand at least that amount for the 29-year-old who is a pivotal part of Frank Lampard’s side, judging by his continued selection by the manager.

Conte has his eye on a mass reunion in Italy as he reportedly will also make an attempt to sign Chelsea trio Olivier Giroud, Marcos Alonso and Emerson Palmieri in January.

It seems highly unlikely that Chelsea would allow a player as important as Kante to leave the club, especially to join another of Europe’s elite who are competing in this season’s Champions League.

Although widely linked with a similar player in Declan Rice, any such deal is far from over the line; and even should it happen, allowing the two-time Premier League title winner to leave mid-season would be almost impossible to comprehend.

Despite approaching 30, Kante has shown no signs of waning in terms of his performance levels; and despite much conjecture over his position in recent managerial stints, Lampard seems to be getting the best out of the French midfielder once again. 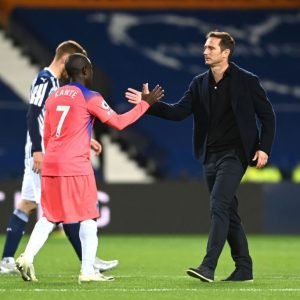 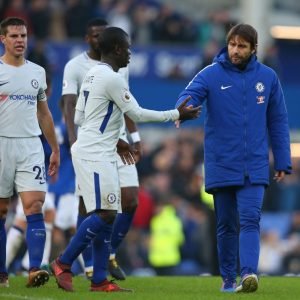