Chelsea, along with London rivals Arsenal and Tottenham, have all been linked with a move for Atletico Madrid winger Thomas Lemar this month.

However, according to Goal, Wolves have now entered the running to secure the 24-year-old’s services.

The report claims that Wolves have a strong relationship with super-agent Jorge Mendes, who is helping Atletico find a new club for the Frenchman this month.

Nuno Espirito Santo is keen to add to his side, and according to Goal, Lemar is now one of the club’s top targets.

Reports from last week claimed that Chelsea had been offered the chance to sign the World Cup winner, with intermediaries working on the player’s future believing he would be open to a move to Stamford Bridge.

Wolves have already signed Jonny Otto and Diogo Jota from Madrid, so in our view, if they do succeed in a move for Lemar, it would be a surprise based on the length of Chelsea and Spurs’ interest.

A loan with an option to a permanent deal is what is being touted, and to us, we feel as if that would be perfect for Frank Lampard.

The future of current wide man Willian is still up in the air, so a loan move for Lemar would allow Lampard to have a look at him close up in the Premier League before committing to a permanent deal.

Statistically, Lemar hasn’t lived up to the heights of a £63 million man.

He’s failed to score or provide an assist in La Liga or the Champions League this season, with his drought totalling 950 minutes, via Whoscored.com.

However, if he can replicate parts of his form from the 2016/17 season with Monaco, where he was involved in 25 goals, he could prove to be a sensible signing.

In our view, we think that Chelsea should do everything they can to bring Lemar to London on an initial temporary move, however, it seems as if they will have to battle Wolves to the end for the Atletico man.

Should Chelsea battle Wolves for Lemar? 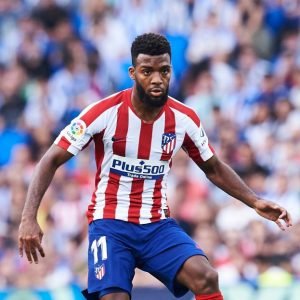 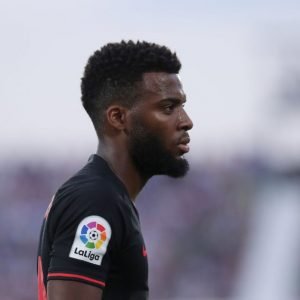