Chelsea and Tottenham will need to pay a whopping £94million if they wish to sign Lille striker Victor Osimhen in the summer, according to Le10 Sport, so Chelsea should leave him to Spurs.

The Nigerian striker has been in impressive goalscoring form in Ligue 1 this season, scoring 13 goals and assisting five in 27 appearances for the French club, and that has seen a number of clubs turn their attention towards the forward.

Sky Sports reported in December that Chelsea, Liverpool and Tottenham were interested in the 21-year old forward, and now with Lille demanding a premium fee for their star asset, Chelsea should consider alternative targets.

Chelsea have already spent €40million ahead of the summer transfer window, agreeing a deal to sign Ajax attacker Hakim Ziyech, and while they want to splash out on a new striker, they’re also keen on signing a new left-back.

The Blues have also been linked with a move to sign a new goalkeeper too, with Kepa Arrizabalaga having largely failed to impress this season, despite having cost a staggering £71million in 2018.

Should they wish to complete all of their transfer business this summer, they could perhaps better spend their money on more cost efficient targets than waste excessive funds on Osimhen.

Chelsea have been linked with a move for Arsenal striker Pierre-Emerick Aubameyang recently and the Gabon international may be a better move.

Chelsea already have Tammy Abraham who has enjoyed successful periods this season, and they need experience and quality to support him and push him to improve. Aubameyang could do this while costing almost half the amount of money that Osimhen would cost.

Unless Lille decide to lower their price tag, Chelsea would be better off allowing Tottenham to take the lead in terms of pursing Osimhen.

Should Chelsea pursue a move for Victor Osimhen this summer? 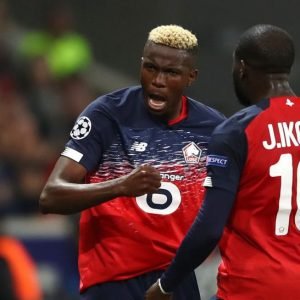 No, too much money 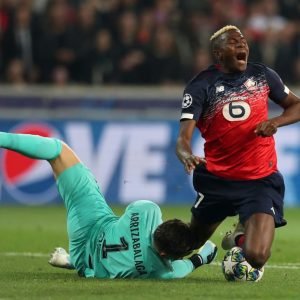