Chelsea forward Willian has offered Tottenham some hope in their pursuit of the forward as he says that he remains undecided on his future.

Willian says that he does not yet know whether or not he will stay at Chelsea beyond the summer, with his contract set to expire.

He does, however, say that he wants to remain in Europe regardless of what happens, rather than going back to Brazil or elsewhere.

Everyone knows that my contract ends in July. As I said before, I had a conversation with Chelsea, they offered me a two-year contract, I asked for three and stopped there.

I don’t think about going back to Brazil now. I believe I have a market here in Europe. My goal is to stay here.

Tottenham have been linked with a summer move for Willian and his comments are hardly promising from a Chelsea perspective, as he appears to be open to leaving and this could give Jose Mourinho hope in his efforts to snap the Brazil international up.

Willian admits that Chelsea’s current contract offer is not suitable for him, but he is set to turn 32 later this year and giving him a three-year contract would take him through into the late stages of his career.

At that age, Chelsea might start seeing a decline in his ability to turn up in games and he could be unable to perform to the levels required.

Offering him such a long-term deal may not make sense for Chelsea and allowing him to leave and finish his career at Tottenham could make sense for all parties involved.

Whilst Willian has been in decent form, with five goals and five assists this season, there is no guarantee that he will be able to continue to perform at a high level well into his 30s.

Chelsea could invest in a younger forward to take his spot in the team and look to develop them over time. 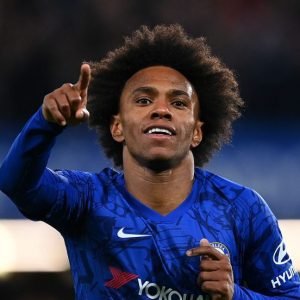