Former Premier League sriker Kevin Phillips has backed Chelsea to sign Declan Rice from West Ham if the Hammers are relegated from the Premier League this season.

West Ham are currently just above the drop zone with nine games left to play and Phillips believes that a move to Chelsea could be on the cards if the Hammers end up in the bottom three.

It is no surprise he is linked with Chelsea because Frank has his connections at West Ham having started there as a young lad. He could go on and forge a career like Frank.

But I do not think it is an area that Chelsea need to strengthen. They might splash a lot of cash on him because he is young.

If West Ham go down I can see that happening but if they stay up it would take a lot of money.

Signing Rice could be a strange move for Chelsea, given that they already have N’Golo Kante and Jorginho as options in the defensive midfield role. Frank Lampard also has the likes of Kovacic, Loftus-Cheek, Barkley and Mount to call upon. This means that Chelsea are well-stocked with midfield options, with none of those players being over the age of 28.

Whilst Rice is a solid player in his own right, averaging a WhoScored rating of 6.95 in the Premier League, the options mentioned above mean that he could be of little use to Chelsea.

The club have other areas of the squad which could benefit more from being strengthened, possibly in the striker department or out wide.

Willian is out of contract in the summer and Chelsea could be better off signing a winger to bolster their squad rather than focussing on Rice.

Would Rice be a good signing? 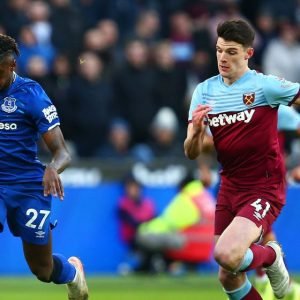 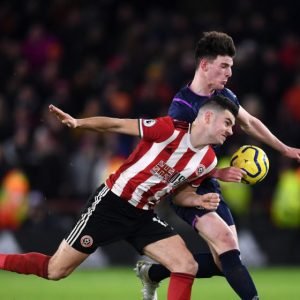