Tottenham have been given a huge boost in their pursuit of Willian as the forward has admitted that talks over a new contract at Chelsea have stopped.

Willian says that Chelsea are not willing to give him the contract he wanted and now the negotiations have halted.

The Brazil international has been linked with Tottenham, along with Arsenal and Bayern, in recent months as they look to snap him up on a free transfer.

Speaking to UOL, as translated by Sport Witness, Willian said:

The only concrete negotiation was to renew a contract with Chelsea, which wasn’t possible. They wanted a two-year contract and I asked for three. Now, everything has stopped, I will only have news when I return.

Willian also did an interview with ESPN stating that his aim is to remain in the Premier League and this could work in Tottenham’s favour as they look to sign him this summer.

Speaking to ESPN, as translated by Sport Witness, he said:

My desire is to stay in the Premier League, but I don’t rule out playing in other leagues, no. I’ll play until the end of the season and see what happens.

Unless Chelsea cave in and decide to offer him a three-year deal instead of just two, Willian could be on his way out of Stamford Bridge. If he does leave for nothing, Chelsea could be strengthening their rivals without being given any compensation for it. However, Willian turns 32 later this year and they may be banking on him regressing as he heads toward the end of his career.

Despite his age, however, he has been an important player for Chelsea this season. He ranks second in the squad for WhoScored ratings this term, with a score of 7.25 in the Premier League. This suggests that Chelsea’s squad could be dealt a blow by his departure, with Callum Hudson-Odoi seemingly not ready for the responsibility of being a regular starter. He has produced just one goal in 17 league appearances this season.

Willian, meanwhile, has scored five and assisted five in the Premier League, showing that he still has a big impact in the final third for the Blues. Letting him go could dent their attack and might force Chelsea to find a replacement in the transfer market, so Frank Lampard could be better off offering him a new deal to keep him around next season. This could then allow Hudson-Odoi more time to develop and prepare himself to be a regular starter further down the line.

Should Willian be given a three-year deal? 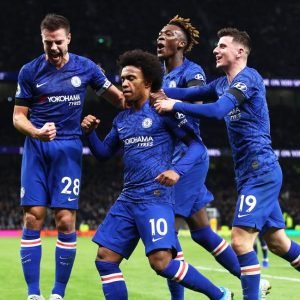 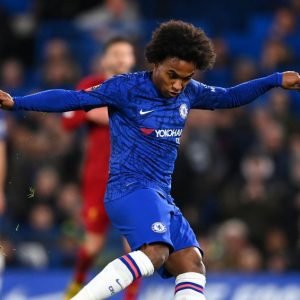