Chelsea midfielder Mason Mount has caused a reaction on Twitter with his comments alongside fellow England goalscorer Declan Rice on Wednesday night.

The pair, who have played together for a number of years and are best friends, were interviewed alongside each other following England’s 4-0 victory over Iceland at Wembley.

Mount said: ”Special memories we are making together, we’ve had from a very young age, been together been best mates.”

🤝❤️ | From being best friends at eight-years-old to starting together for England and getting on the scoresheet!

This post-match interview from Mason Mount and Declan Rice is some really wholesome content…🦁🦁🦁pic.twitter.com/QqLQ0GaWza

The West Ham midfielder opened the scoring with his first goal for his country before Mount doubled the lead shortly after with his second senior international strike.

Rice has been a long-time target of Chelsea under Frank Lampard and the bond between the 21-year-olds could play a part in possibly persuading Rice to return to Stamford Bridge, where he played in the youth setup before heading to West Ham.

Here’s how these Blues fans reacted to seeing Mount and Rice alongside one another, with one clear wish in mind:

Twitter: @RJamesSZN @SkySports Whatever the price big Dec is coming to the bridge

Twitter: @SkySports @connor_marum get the man to the bridge (@mitch_braiden)

Would Declan Rice Start For Chelsea? 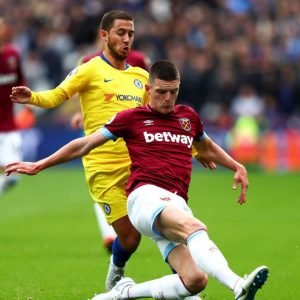 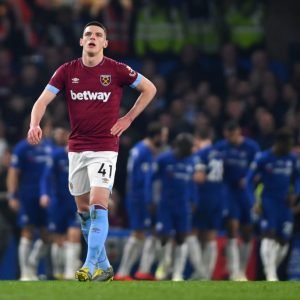