That’s according to Italian outlet Calciomercato, relayed in an article by the Daily Express, who claim that both English heavyweights are keen on the 19-year-old.

The report also adds that the Blues and the Red Devils could face competition from Inter Milan and Juventus, who are also thought to be interested in the Albania international.

Finally, the latest story states that Verona value Kumbulla at around £13 million.

Numerous defenders have been linked with a move to Stamford Bridge in recent days, including Lewis Dunk and Nathan Ake, so we get the feeling that Frank Lampard is keen to bolster his defensive ranks over the coming weeks.

A move for Kumbulla, in our view, could prove to be a sensible piece of business by the Blues.

It’s clear to see that four European giants like what they see in the teenager, and a possible £13 million fee would be a great deal in today’s market, in our opinion.

Not many young internationals are available for that price, and with Lampard proving throughout his short stint in charge of the club that he’s willing to give youth a chance, we feel as if he could be tempted to make his move for the Verona man.

Kumbulla has made 12 Serie A appearances this season, scoring his first goal for the club back in October.

Lampard also wants to bolster his attacking ranks this month, so a relatively cheap deal for Kumbulla could then free up funds to spend big on a striker.

Should Chelsea make their move for Marash? 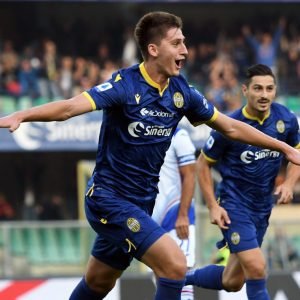 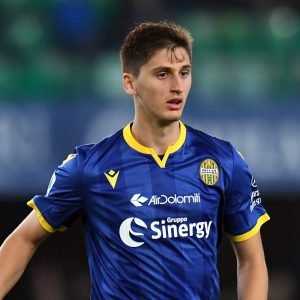