Chelsea and Manchester United have both been linked with a move for Timo Werner.

And the two Premier League heavyweights have now been handed a boost in their pursuit of the German striker.

Werner, who currently plies his trade with RB Leipzig, is thought to be open to a move away at the end of the season, according to Goal, cited by the Daily Express.

The pacey striker reportedly wants to remain in the Bundesliga for the rest of the current campaign so he can stake his claim lead Germany’s attack in this summer’s European Championships.

Even though Frank Lampard is after attacking reinforcements this month, we see the latest news as a major boost.

Werner, in our view, is worth waiting for, so it could be better if the Blues delayed splashing the cash on a marquee striker until the summer.

At 23, Werner still has plenty of time to improve his already impressive game, and, in our opinion, would take to life in the Premier League with ease.

Werner, in our view, has similar attributes to the Premier League’s current season leading scorer Jamie Vardy, with the Leicester man netting 17 times for the Foxes.

The German international has already scored 18 goals in 17 Bundesliga appearances this season, and his blistering pace, intelligent runs in behind and eye for goal could see him effortlessly slot into Lampard’s exciting attack.

Werner reportedly has a release clause in the region of €30 million (£25.6m) after signing a new deal back in August, so if the Blues could pip United to the striker’s services, we think it could be key in Chelsea’s attempts to re-establish themselves back amongst the title picture next season.

Would you be happy to wait until the summer for Werner?

Yes, he'll be worth the wait! 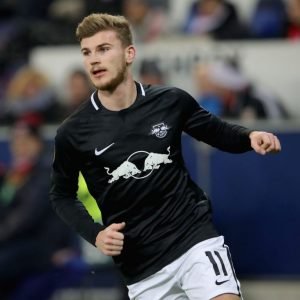 No, we need a striker now! 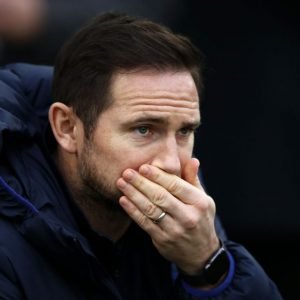