Chelsea winger Willian has hinted at a reunion with former boss Jose Mourinho at Tottenham Hotspur, as reported by The Daily Star.

The two London rivals will come up against each other on Saturday at Stamford Bridge in the Premier League, with Mourinho’s men just one point behind Chelsea in the table.

Willian’s current deal with Chelsea expires at the end of the season and his latest comments may suggest that he could reunite with the Portuguese boss next season.

As quoted in the report, he said:

People ask me about the best coaches I have had. For sure, Mourinho is one of them.

We had a special relationship. I loved his man-management, how he organised training, how he spoke in meetings.

Even after he left Chelsea he spoke well of me. We are still friends. Sometimes we exchange messages. If you ask my wife if she wants to leave London, she’ll say no.

So London is where I want to stay. This is where I have my family, my church. I want my daughters to grow up here.

As reported on the Daily Mail, the Brazilian international came very close to joining Tottenham in 2013, but the Blues hijacked the move and secured his signature.

The 31-year-old was linked with a big-money move to Barcelona and also with Spurs in the January transfer window, however, judging by his latest comments, it seems that a move to north London isn’t totally off the cards yet.

Willian declared his love for Mourinho and London and coincidentally, Tottenham are associated with both of those.

From a Cheslea point of view, it’s hardly ideal for such a story to come out on the day before the two clubs met but it won’t be a surprise if next season, Willian is lining up against Cheslea, rather than for them, when Tottenham arrive at Stamford Bridge.

Do you think Willian would fit in at Spurs? 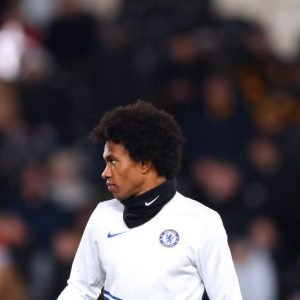 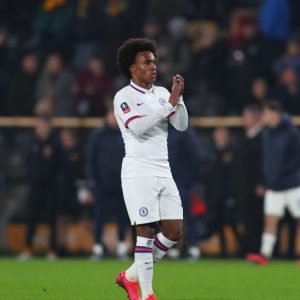