BBC pundit Garth Crooks has singled out Thiago Silva for praise in his latest column.

Crooks named the Brazilian centre-back in his team of the week along with Chelsea teammate Hakim Ziyech, who was in sparkling form against Sheffield United, as well as praising the impact made since Silva’s arrival.

The 62-year-old said: ”The arrival of the Brazilian has steadied the ship at Chelsea, especially in defence.”

”That said, the Blues are some way from the Jose Mourinho days when they took the lead and the game was effectively over. Luckily, the football is far more enjoyable at Stamford Bridge these days.”

After a sticky start to the season which saw Frank Lampard’s side concede three first-half goals against West Brom, the defence has improved vastly in a short space of time.

Silva’s arrival from PSG and his subsequent settling into life in the heart of the Blues’ back four has undoubtedly played a major role in the upturn in performances of the defence, and ultimately the results of late.

The 36-year-old also grabbed his first goal for the club on Saturday, as well as posting a phenomenal pass completion rate of 104 out of 117.

Prior to the early goal conceded on Saturday, Chelsea had gone five matches without conceding, in no small part down to another recent signing from Ligue 1 in goalkeeper Edouard Mendy.

If Chelsea are to challenge for top honours on any front this season, Lampard knew he had to fix the defensive issues within his squad.

Although it’s still early days, it seems that the performances of Silva, coupled with Mendy bedhin him and alongside the likes of Ben Chilwell, Kurt Zouma and Reece James, could have gone a long way to solving those problems.

Silva is a born leader with huge top-level experience having been there, seen it and won plenty during a glittering career.

The only question mark remains over his longevity to go the course of a full Premier League season, which can be an intense task, especially for someone with as much football in the legs as the 36-year-old.

Have You Been Impressed With Thiago Silva? 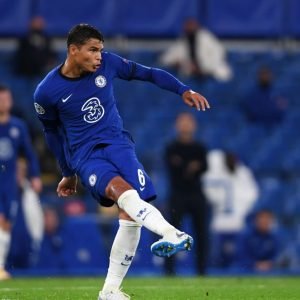 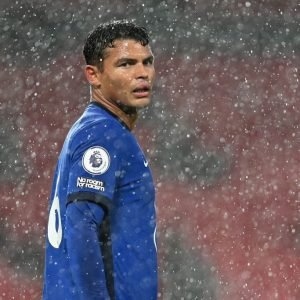