The Athletic’s Chelsea correspondent Simon Johnson has claimed that striker Olivier Giroud “will definitely look to leave” the club should he not see an increase in his game-time over the coming months.

Giroud, who was part of the France squad which won the World Cup in 2018, has barely featured this season for Frank Lampard’s side and, despite still being involved with his national team, could seek to leave west London before the European Championships next summer, according to The Athletic.

The situation was accentuated this week when France coach Didier Deschamps said: “Olivier knows it, the situation he’s in today cannot drag on forever. Before March he will have to find another situation than this one.”

The veteran striker arrived at Stamford Bridge in 2018 from Arsenal and has a decent strike rate as a Chelsea player, with 29 goals in 91 games for the Blues.

However, for both club and country, Giroud faces serious competition to remain at the forefront of the respective managers’ minds.

Lampard has opted for Timo Werner and Tammy Abraham over the cultured Frenchman, whilst Deschamps has the likes of Kylian Mbappe, Anthony Martial, Marcus Thuram, and Ousmane Dembele at his disposal.

This is a situation which may have to be resolved in January given the timing of the Euros.

Giroud is possibly looking at the rescheduled Euro 2020 as his final major tournament for his nation, and one in which he is desperate to play a part.

The most likely scenario is that Giroud departs the club, whether it be on loan or a permanent move. At 34 and with just a few months remaining on his current deal, there is little worth in forcing the striker to see out the remainder of his contract if he isn’t going to play.

At the same time, Lampard can’t allow himself to be short of centre-forward options, with Michy Batshuayi already out on a season-long loan, an incoming striker to replace Giroud could well be on the cards.

Should Olivier Giroud Be Allowed To Leave In January? 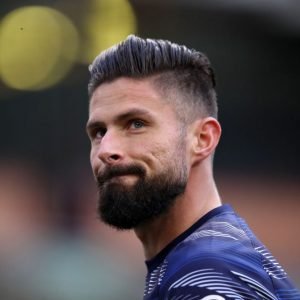 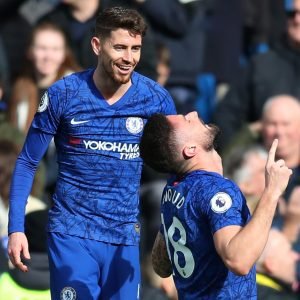