Chelsea midfielders Danny Drinkwater and Billy Gilmour were both in action for the Blues’ under-21 team last night.

The duo, at somewhat different stages in their careers, started as a midfield partnership for Andy Myers’ side as the youngsters lost 4-3 to Bristol Rovers in the EFL Trophy.

Drinkwater played all 90 minutes as the 30-year-old continues his search for match fitness. The Premier League winner with Leicester signed for Chelsea on the summer transfer window deadline day in 2017 but has struggled to hold down a regular place at Stamford Bridge, making just 23 first team appearances in three years.

The midfielder, who was influential alongside N’Golo Kante during the Foxes’ 2015/16 title success, was loaned out last season to Aston Villa before the move was cut short following a training ground incident.

Meanwhile, Gilmour continued his recovery from a serious knee injury suffered towards the end of last season and only managed an hour of action at the Memorial Stadium.

The 19-year-old burst onto the scene last season with back-to-back man of the match performances against Liverpool and Everton in early March.

Two contrasting scenarios turning out for the young Blues.

The Drinkwater demise has been there for all to see and with, more than 18 months left on his deal at Stamford Bridge and no realistic route into Frank Lampard’s first-team plans, nor any interested parties queuing up for him, it could still be a while before a resolution to his future is found.

However, Gilmour – based on his sparkling performances last season – has an incredibly bright future ahead of him and, should he be able to get back to match fitness, could conceivably break into the senior reckoning once more.

The option for the Scottish under-21 international could be to head out on loan in January in order to get the game-time his development needs, as given the plethora of central midfielders ahead of him in west London, it could be a struggle to get back into Lampard’s team immediately.

Could Danny Drinkwater Force His Way Back Into The Chelsea First-Team? 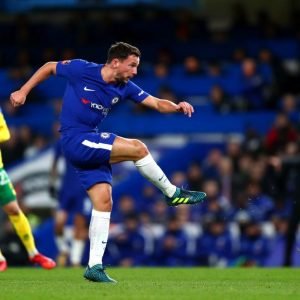 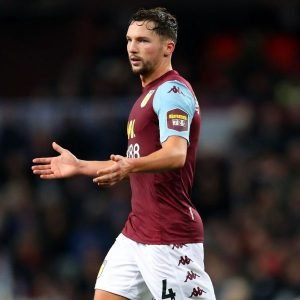