Chelsea are believed to be monitoring the contract situation between Ousmane Dembele and Barcelona, according to Spanish publication Sport.

They claimed that the 23-year-old is keen to extend his stay with the Catalan giants, although he will be made to wait for the club’s presidential elections before a contract can be negotiated.

Dembele, who was signed by Barcelona for an eye-watering £135.5m from Borussia Dortmund in 2017, has a deal which expires in summer 2022 and may fear for his future at the club having failed to live up to his initial billing.

Chelsea aren’t alone in their interest in the French, winger with Manchester United and Juventus both keen on what would be a huge money transfer.

So far this season, Dembele has scored twice and set up one goal in 14 La Liga appearances.

Signing Dembele, whilst being a major statement from the Blues, would be yet another massive outlay on a forward so soon after spending big on German duo Kai Havertz and Timo Werner.

However, opportunities to sign a player likened to Portugal legend Luis Figo by the man himself don’t come along every day.

Despite the astronomical fee that Barca forked out to sign the winger, his market value has nosedived since and the Frenchman is currently valued at £45m by Transfermarkt, well under half of what he cost the La Liga giants. 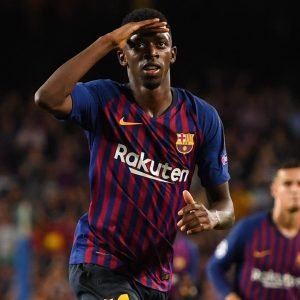 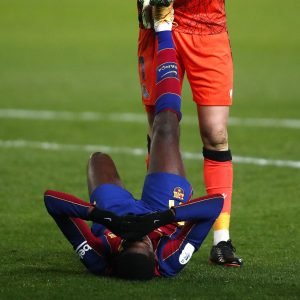