Many questions linger and remain unanswered as governing bodies across the whole of sport scramble for solutions.

Protection of human life is rightly at the forefront of everyone’s thoughts, but if Chelsea fans could drag themselves from the virus matters for but a moment and focus on matters on the pitch, one big quandary is likely to consume them; will Frank Lampard’s men finish in the top four when football is resumed and seasons come to their rather unnatural conclusions? Those who want to predict whether they will secure Champions League football can use an 888sport bonus code when they are making their final prediciton.

In the days before the indefinite suspension of football, Chelsea looked to have finally shaken off the patchy form that bedraggled them since before Christmas.

An impressive FA Cup win over Liverpool was followed up by a comprehensive 4-0 hammering of Everton, a result which provided much-needed breathing space between them and a then in-form Manchester United; Ole Gunnar Solskjær’s side were enjoying a dramatic upturn in results and performances, thanks in no small part to January acquisition Bruno Fernandes.

The Blues, ensconced in the top four for the majority of the campaign, were aware of the threat posed by a resurgent United and would certainly not have forgotten about the likes of Wolves and Sheffield United as they continued to pressurise the established elite.

The two victories over the Merseyside clubs would have provided much-needed relief for the players, staff and fans alike, with sections of the Stamford Bridge becoming increasingly uneasy about their club’s ability to hang onto a coveted Champions League place.

Those wins, however, came in Chelsea’s last two matches before the suspension of the English top-flight, just as they seemed to be gathering momentum ahead of the business end of the campaign.

Chelsea’s next league match is due to be played against relegation-battling Aston Villa, with the visits of Manchester City and Watford and trips to West Ham United, Crystal Palace and Sheffield United lying in wait thereafter.

The final three fixtures see the Blues face Norwich, Liverpool and Wolves. Chelsea would’ve been considered favourites against the majority of the aforementioned clubs, but so much will depend on how each club prepares for the resumption of the league, as well as the mentality and physical condition of their players – not least those who had eyes on pastures new.

Olivier Giroud, Pedro and Willian had all played themselves into form and fitness in the weeks leading up to the suspensions, but all three had made little secret of their desire to leave west London in the summer, though their plans have seemingly been kiboshed by the current world situation.

On the other hand, youngsters like Billy Gilmour, Callum Hudson-Odoi and Tammy Abraham, who had struggled for form and fitness, will be desperate to return to action and seize the opportunities that Lampard will not hesitate to hand them.

Chelsea struggled to make Stamford Bridge the fortress many had been accustomed to in previous seasons; will we see their home fortunes change for the better – or worse – once football resumes?

Wins over Liverpool and Tottenham will no doubt encourage supporters, though they will no doubt remember the defeats at the hands of West Ham and Bournemouth.

Despite that, and the situation that troubles the entire world, Chelsea’s footballing fate will be in their own hands once the league restarts.

Will they see it through until the end, secure Champions League qualification and perhaps even end the season with FA Cup glory? 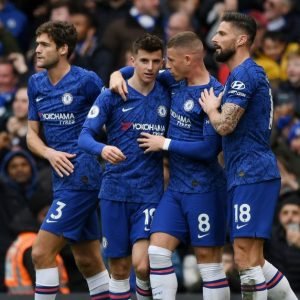 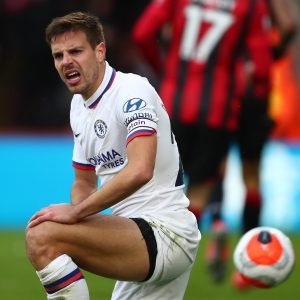