Chelsea midfielder Mason Mount signed off from international duty in 2020 with a goal in England’s 4-0 UEFA Nations League win over Iceland at Wembley on Wednesday night.

The 21-year-old was inspirational for the Three Lions as part of a midfield two alongside close friend, fellow goalscorer and Chelsea transfer target Declan Rice.

Mount, whose performance was rated eight out of 10 by Sky Sports, doubled England’s lead with a left-foot finish in what was a dead rubber, with Gareth Southgate’s team already eliminated from the Nations League. Blues defender Ben Chilwell was an unused substitute for the Three Lions after struggling earlier in the week with a back problem.

Elsewhere in the Nations League, midfielder Jorginho played all 90 minutes for Italy as they defeated Bosnia and Herzegovina 2-0 in Sarajevo to qualify for the semi-finals of the competition

Ethan Ampadu, the Chelsea loanee plying his trade at Sheffield United for the season, also played 90 minutes in the heart of the Wales midfield as they beat Finland 3-1 to secure promotion to League A.

On Tuesday, Blues striker Olivier Giroud took two steps towards the all-time France goalscoring record with his brace in a 4-2 victory over Sweden. Elsewhere in that group, Mateo Kovacic’s brace couldn’t stop his Croatia side from ending up on the wrong side of a 3-2 result against Portugal.

Meanwhile, there was shock for summer signing Timo Werner, who was part of Germany’s dismal outing as they went down 6-0 to Spain. The Blues forward was replaced late on as former Chelsea striker Alvaro Morata opened the scoring for the hosts.

Experienced centre-back Thiago Silva played the full match as Brazil took all three points away from Uruguay with a 2-0 victory.

Frank Lampard’s players will now return to Stamford Bridge from all over the globe after enjoying mixed fortunes during the final international break of 2020.

Chelsea face Newcastle in the early kick-off on Saturday and Lampard will have almost a clean bill of health from his returning stars. Kovacic in particular will be chomping at the bit to be included in the starting lineup after his midweek exploits, while Werner will want to put Germany’s horror show swiftly behidn him.

However, the Blues will remain without the services of Kai Havertz and Christian Pulisic, who didn’t feature for their respective nations this month.

Should Mateo Kovacic Start On Saturday? 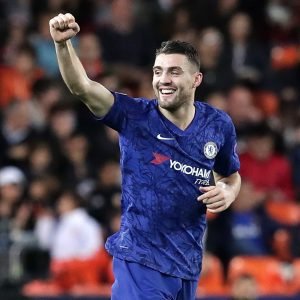 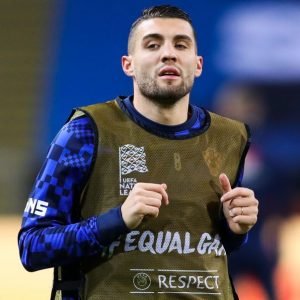