Maurizio Sarri has informed Chelsea he wants to leave the club immediately, according to several reports.

Sarri met with Chelsea director Marina Granovskaia on Friday after the club’s Europa League triumph to discuss his future. Sarri’s agent Fali Ramadani spoke to Chelsea officials to help negotiate his exit from Stamford Bridge, according to Sky Sports.

In his first season in charge of the Blues, Sarri guided the club to a third-place finish, guaranteeing a return to Champions League football next season, then claiming the first major trophy of his career by beating Arsenal in the Europa League final.

Despite a solid season, Sarri has been criticised by some of the club’s supporters for his ‘Sarri-ball’ playing style and several high-profile incidents, including his infamous clash with goalkeeper Kepa Arrizabalaga during Chelsea’s defeat to Manchester City in the EFL Cup Final. 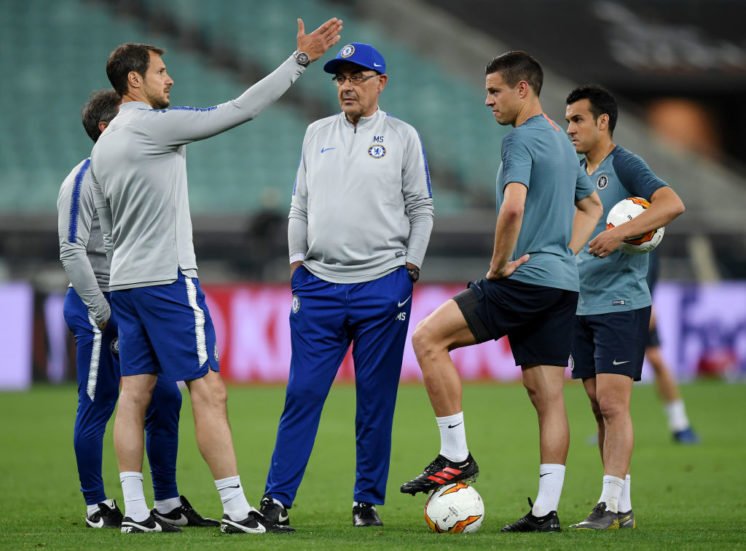 The former Napoli boss is reportedly eager to return to his homeland citing family reasons after a turbulent stint at the London club.

Juventus are rumoured to be lining up Sarri to replace former boss Massimiliano Allegri, although he is allegedly a back-up option with the Old Lady initially angling for Pep Guardiola and Mauricio Pochettino.

Chelsea are unlikely to stand in Sarri’s way if Juventus can pay a £5 million compensation fee. With the club facing a FIFA transfer ban, it is understood that Chelsea have drafted a long list of candidates to replace the Italian.

The club are considering a double swoop for Blues legend and Derby County boss Frank Lampard and Jody Morris as the two guided The Rams to the Championship play-off final, relying on Chelsea loanees Mason Mount and Fikayo Tomori. However, Chelsea might consider other options with more experience managing at the top level. 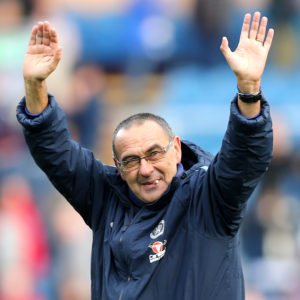 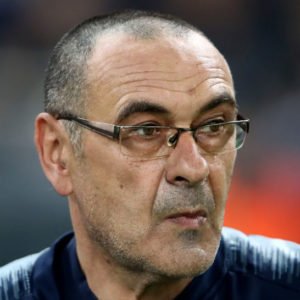